The National Theatre in the UK is streaming their epic production of Andrea Levy’s Orange Prize-winning novel, “Small Island” to mark Windrush Day 2020. The play embarks on a journey from Jamaica to Britain, through the Second World War to 1948 – the year the HMT Empire Windrush docked at Tilbury. “Small Island” follows three interwoven stories; Hortense yearns for a new life away from rural Jamaica, Gilbert dreams of becoming a lawyer, and Queenie longs to escape her Lincolnshire roots. Hope and humanity meet stubborn reality as the play traces the tangled history between Jamaica and the UK. A company of 40 actors take to the stage of the Olivier Theatre in this timely and moving story. (As part of depicting the experience of Jamaican immigrants to Britain after the Second World War, at times characters in the play use language which is racially offensive.) NationalTheatre.org.uk

Alvin Ailey All Access offers the powerful “Greenwood”, Donald Byrd’s fifth Ailey commission that draws on the Company’s roots and legacy of addressing social justice. The work’s title references the 1921 massacre in Tulsa, Oklahoma’s segregated Greenwood District, at the time one of the country’s most affluent African American communities known as “Black Wall Street”. On May 30, 1921, an incident occurred in the elevator of a Greenwood office building; no one truly knows what happened, but a young black man was arrested for attempted assault on a white, teenaged girl. An item appeared in the newspaper the next day which incited an armed white mob and things quickly escalated. Over the next day, the mob grew in size and burned the neighborhood to the ground, killing over 300 black people and leaving over 10,000 homeless. The Tulsa Race Massacre was quickly erased from the nation’s memory, but the sotry has resurfaced in recent years ahead of the event’s centennial in 2021. “Greenwood” is streaming at AlvinAiley.org through June 25. 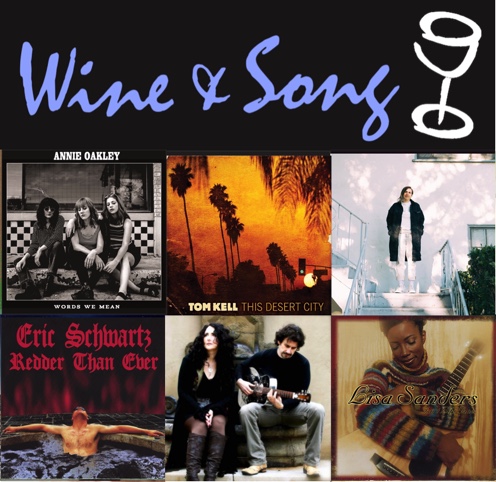 Missing L.A. Phil? You can now watch members of Los Angeles Philharmonic perform from their living rooms and studios around town in a new series available at L.A. Phil at Home. You can also tune in Tuesdays through Fridays at 6 p.m. and Sundays at 7 p.m. to hear Gustavo Dudamel’s new radio broadcast on KUSC and KDFC, both on air and online. LAPhil.com

The Huntington Gardens are now open to members only (gardens only) with ticket reservations. For the general public, the reopening date is scheduled for July 1. Non-members must purchase tickets online in advance; public reservations open June 28. Cost is $13 – $29, free for children 4 and younger. Free for museum members. www.huntington.org

The 2020 Pasadena Chalk Festival is being held virtually this year. While there is no gathering at Paseo Colorado, people can participate and create their own murals at home. Use the tag #PasadenaChalkFestival to be featured on the event’s website. No entry forms are needed. www.pasadenachalkfestival.com

Beginning Friday June 19, Cirque du Soleil invites you to a brand new Behind The Curtain special featuring the best live show moments of “O”. You will be immersed into the world of this spectacular production as the performers share their experience and emotions at that quintessential moment of an act. CirqueduSoleil.com/CirqueConnect.

This weekend The Metropolitan Opera is streaming two mesmerizing works by Philip Glass. First up on Saturday is his masterpiece of ancient Egypt, “Akhnaten”, a sold-out sensation that incorporates a virtuosic troupe of jugglers and acrobats who give a spectacular portrait of the revolutionary title pharaoh, whose attempt to convert his society to the monotheistic worship of the sun leads to his overthrow. Glass’s opera hypnotizes with its repetitive yet immersive music.

On Sunday, it’s “Satyagraha”, the second installment of Glass’s Portrait Triology of operas based on the lives of important historical figures. “Satyagraha” is inspired by Mahatma Gandhi and his ideology of achieving change through peaceful protest and civil disobedience. The libretto uses text from the Bhagavad-Gita, sung in the original Sanskrit, and is presented as various historical vignettes, political statements and parables to form a meditative work. The Met streams go live at 7:30 each night and remain online for 23 hours. MetOpera.org