On March 10 at 7:00PM, the South Pasadena Public Library will host an illustrated virtual talk on the exterior renovation of the Rialto Theatre, featuring founder of the Friends of the Rialto, Escott O. Norton. Norton, a lifelong preservationist, was an advisor to the restoration work carried out by theater owner the Shomof Group and will share his vast knowledge of the theater’s history along with stories and photos from the effort to restore it to its former glory.

The Rialto Revealed will be presented on the Crowdcast platform at www.crowdcast.io/e/rialto. The event is free and open to the public, but an internet connected device is required.

Constructed in 1925, the Rialto Theatre is an iconic landmark in South Pasadena and one of the few remaining single-screen theaters in Southern California that reflect the majesty of the golden age of cinema.

The Rialto has not been an active theater since 2007, and was purchased by the Shomof Group in 2014. The Shomof Group is known for projects in downtown Los Angeles completed under the City’s Adaptive Reuse Ordinance, which encourages the conversion of older, economically distressed, or historically significant buildings to residential or retail uses.

Escott O. Norton grew up surrounded by theater and architecture. His mom founded the OXY Summer Drama Festival, and his father designed and built all of Norton’s childhood homes. Continuing the family tradition, Norton is now the 4th generation in a family of quality home developers.

His consultation company, EON Design, specializes in historic buildings, with a primary focus on historic theaters. Escott founded Friends of the Rialto 35 years ago to advocate for the preservation and reactivation of his favorite theater. He was also the Executive Director of the Los Angeles Historic Theatre Foundation, a nationally renowned non-profit that has landmarked and protected dozens of historic theaters across Los Angeles County. 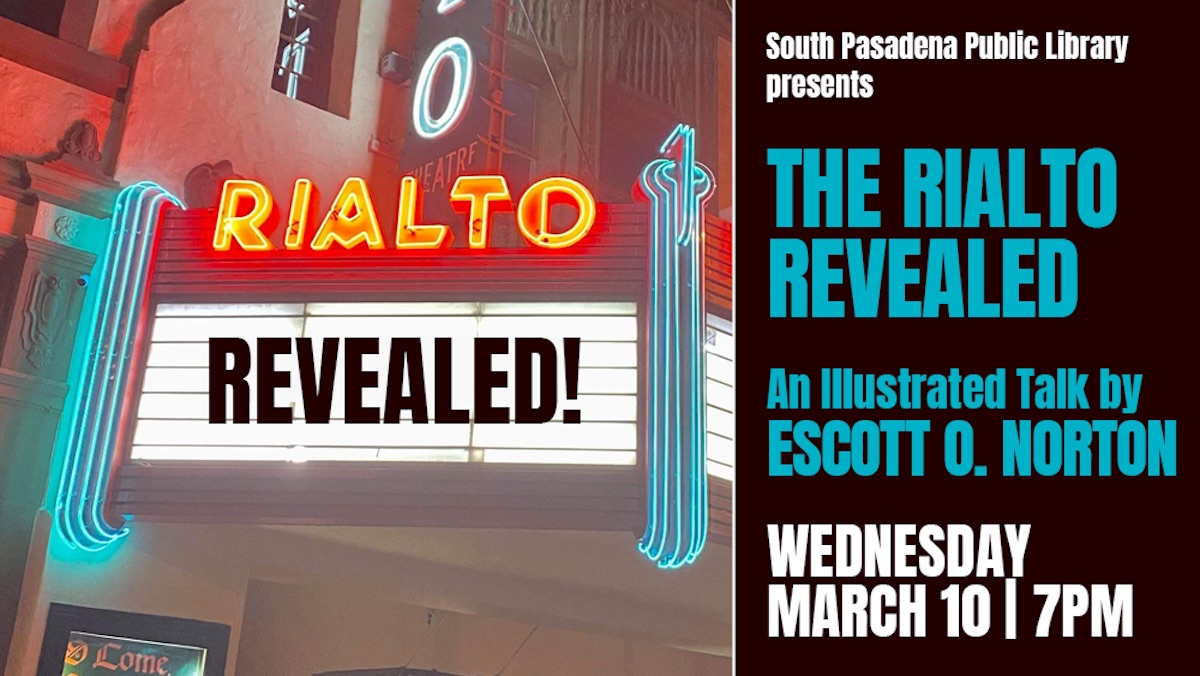