Tuesday at approximately 6:35pm, The SouthPasadenan.com News was on the scene of what was reported to be a “Hit-and-run” inside the crossing gates. South Pasadena Police reported a car vs metro train collision in the intersection of Monterey Rd. & Pasadena Ave. near Charlies Coffee House.

Sgt. Ronnie reported “….a car went through the metro train crossing gates, the Metro train didn’t have time to stop, the car hit the train and fled the scene….this is being investigated as a hit-and-run…”

There were no injuries reported.  The Metro train stayed stopped on the tracks and passengers were offloaded for safety and investigative reasons.

According to Sgt. Ronnie, there are no SPPD traffic cameras on that intersection but there are cameras on the train and the video is expected to be available to SPPD the next day.

Check back as we followup on this incident. 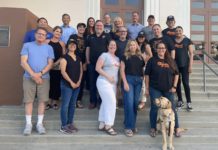 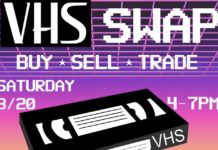 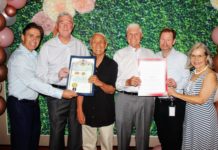 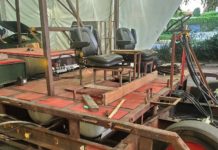 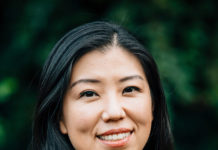