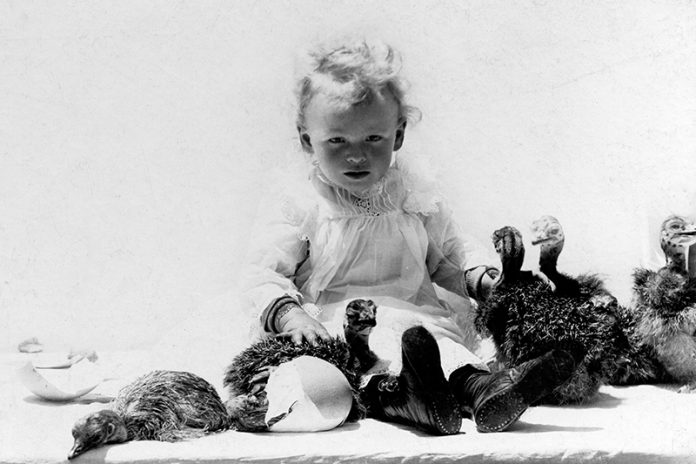 To help promote South Pasadena’s new start-up business in the late 1800’s Edwin Cawston created a brand logo he named the “Cawston Baby.” In the photo, she is sitting with newly hatched baby ostriches. The Cawston Baby was duplicated millions of times on postcards and a variety of souvenirs collectibles sold worldwide.

The Cawston Baby became more nationally famous during the turn of the century in America than the Gerber Baby who appeared later on all Gerber Baby Food products since 1927 (becoming its official trademark in 1931).

Notice the relative size of the Cawston Baby compared to newly-hatched ostrich chicks. Eventually, they will grow to be 8-foot tall and 350 pounds.