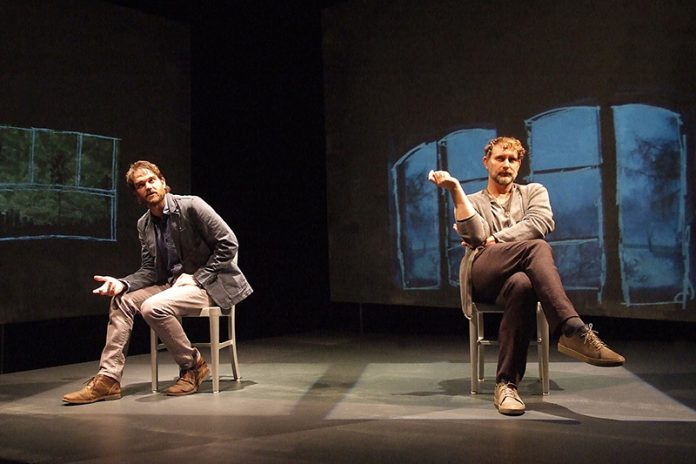 O’Brien’s play is the story of Dan, a 37 years old writer living in Los Angeles who is “interviewing” estranged members of his family for his new play. As the youngest in the family, he has many unanswered questions about his aunts, uncles, grandparents, family money, stories, his own memories and most of all, the reason his parents didn’t show up at his wedding and abruptly cut off contact six years ago. 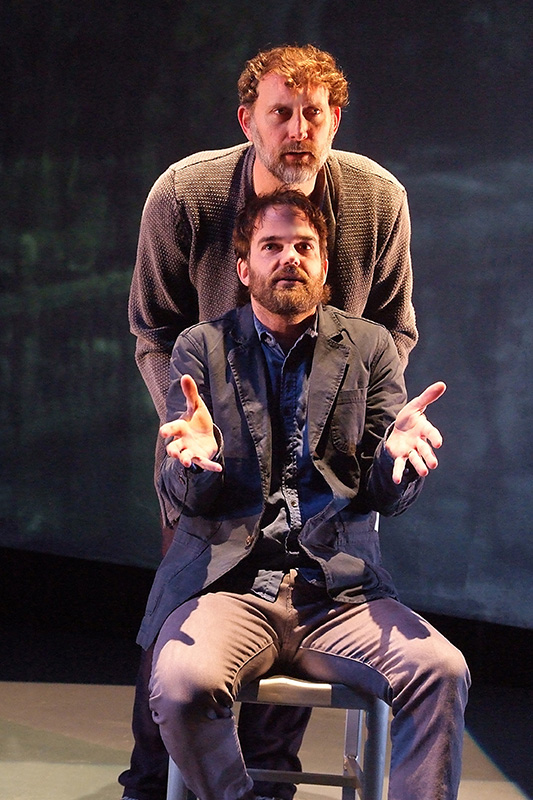 We follow Dan as he travels the country meeting various members of his family, all played by the other actor on stage, slowly peeling the onion with each character giving him a little more of the story; the real story he’s come to find, his own.

Brian Henderson plays Dan with intensity and passion as he rips the bandaid off of his never healed wounds. His vulnerability makes you root for his quest, even as you question the journey he is on. Tim Cummings gives an ingenious performance as all of the characters Dan interacts with, from his aging aunt, to his wife, his eccentric uncle, a couple of psychics, a private investigator from Long Island and more. Cummings deftly moves in and out of these characters and imbues them with authenticity, pathos, humor and grace. Henderson and Cummings create a powerful duet that is perfectly enhanced by a production design that creates each detailed setting using only sketches projected onto screens and a spare stage. Brilliant scenic design by Sara Ryung Clement, projection design by Tom Ontiveros, lighting design by Elizabeth Harper and sound design by John Nobori.

At a crisp 90 minutes, director Michael Michetti keeps the storytelling taut and exciting, taking the audience on this mystery ride, picking up clues and racing towards some kind of resolution. Henderson’s Dan doesn’t seem to know exactly what he’s looking for; some kind of truth. But what will he do with that truth if he finds it?

The House in Scarsdale plays through June 4. Recommended for mature audiences. 90 minutes with no intermission. 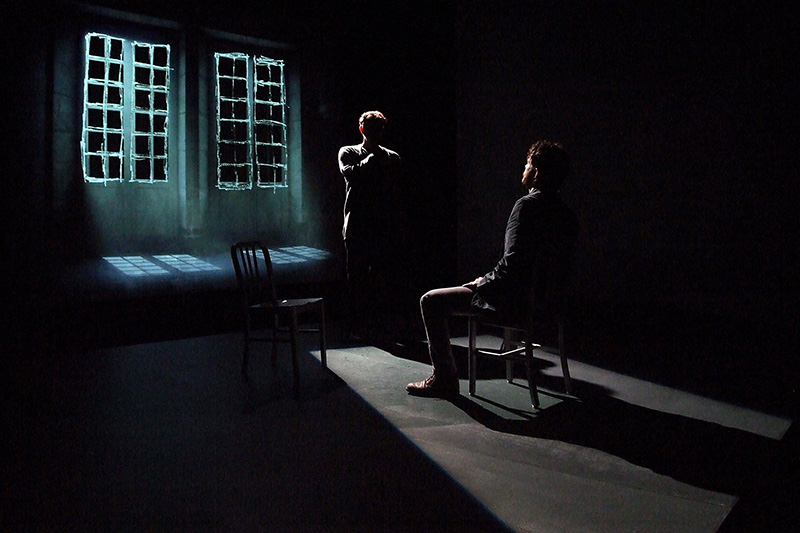