The paintings of José B. Ramirez will be on display. They inspire his interest in the role of soil biology and history in human survival.

An opening reception at City Hall will be held from 6 to 8 p.m. at the entrance of City Hall, 1414 Mission Street in South Pasadena.

“My paintings are figurative, urban, and Chicano. They combine references to resistance and struggle to provide a context for understanding the contemporary issues we face,” said Ramirez on his website. “I try to comment on these struggles while visualizing the hopes and dreams of our community. I want my work to speak a language that is easy to access.”

Ramírez was born and raised in East Los Angeles. He attended the University of California, Berkeley where he earned his B.F.A. in 1990 and his M.F.A. in 1993.

Ramírez received his teaching credentials from California State University, Los Angeles in 1995 and has worked as an elementary school teacher for nearly a decade. He has exhibited widely throughout the country including a one-person exhibition at UFA Gallery in New York, and his work can be found in many private collections. 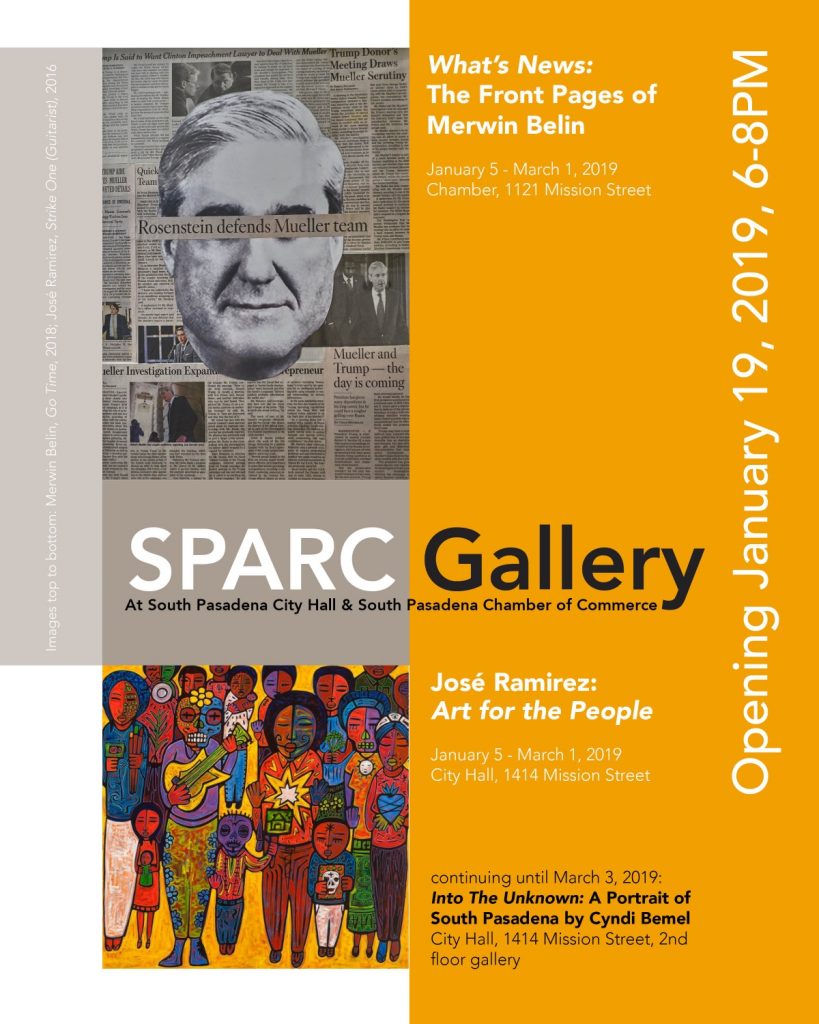