Alvin Ailey American Dance Theater presents Jawole Willa Jo Zollar’s SHELTER, streaming through August 27 at AlvinAiley.org. Originally performed in 1992, Shelter is a passionate study of the physical and emotional deprivation of the homeless. It has typically been performed with either an all-female or all-male cast; in this case the cast is female. Set to an inventive score, incorporating percussion by Junior “Gabu” Wedderburn and poetry by Hattie Gossett and Laurie Carlos, Shelter delivers the compelling message that the poverty of individuals will inevitably lead to the destitution of all humanity. “Shelter speaks to our common humanity,” says artistic director Robert Battle, “when I look at the state of the world and in our country, this notion of shelter goes far beyond homelessness. The notion of shelter is deep; I think that we as a company when we perform we provide a certain sense of shelter. A safe place where we can reaffirm the fact that I am a human being and nothing human can be alien to me. That is the role, I think, of the arts. That is what we can do as artists.” 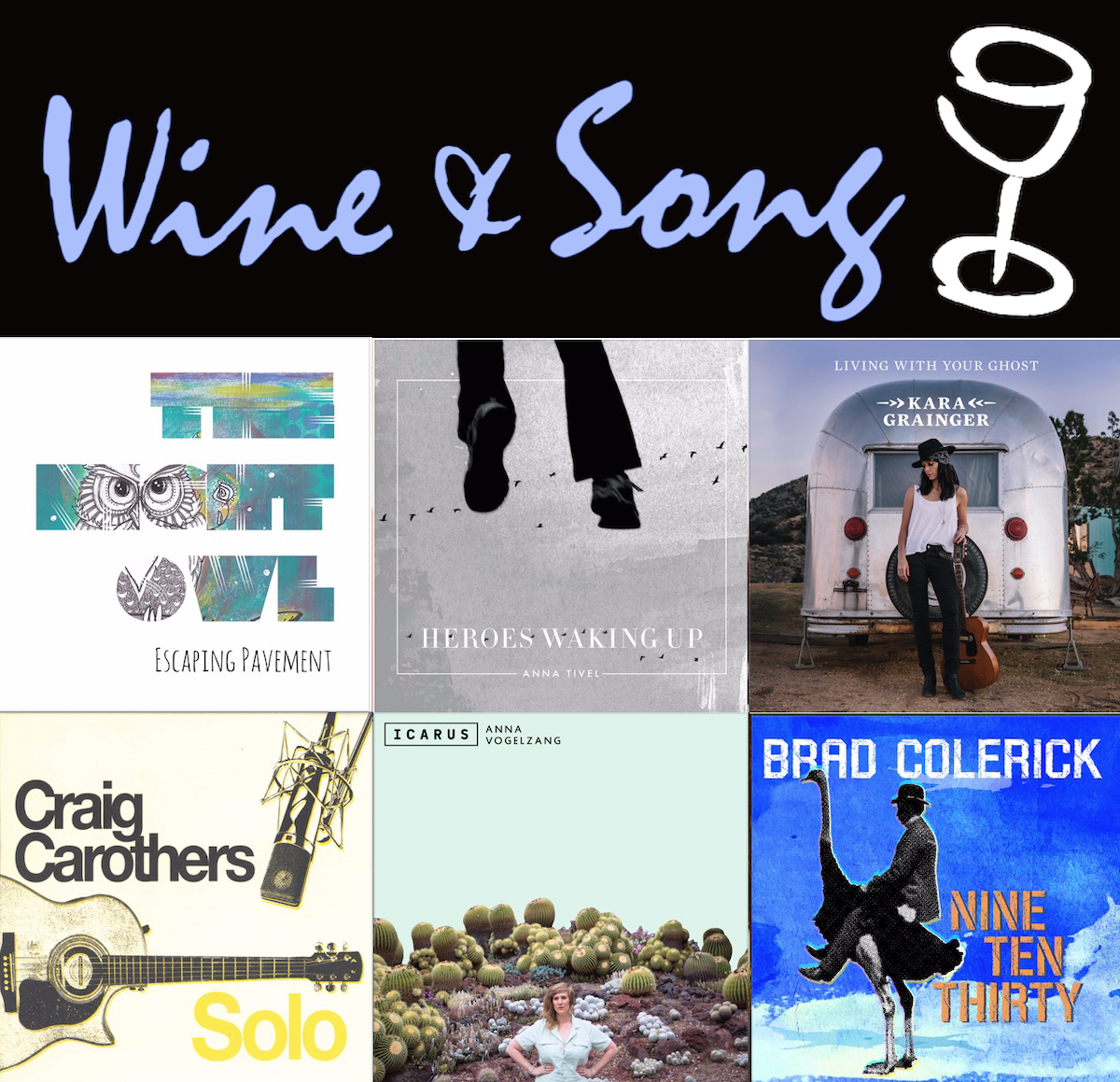 Brad Colerick gets us through this heatwave with some cool tunes from Escaping Pavement, Anna Tivel, Kara Grainger, Craig Carothers, Anna Vogelzang, and Brad Colerick, plus Words with comedian Pat Hazell on the Wine & Song Podcast, episode 20. Listen at BlueGuitar.club where Colerick has some quirky, fun lifestyle merch that supports the podcast.

The Metropolitan Opera continues to give us nightly operas and this Saturday evening’s offering is Rossini’s Il Barbiere de Siviglia starring Kathleen Battle Rockwell Blake, Leo Nucci, Enzo Dara, and Ferruccio Furlanetto, conducted by Ralf Weikert. With its hilarious hijinks and vocal virtuosity, Rossini’s madcap comedy is a delightful treat. Originally broadcast in 1988, the Met assembled this extraordinary cast to tackle the challenges of this bel canto farce in a whimsical production by John Cox. Kathleen Battle is stunning as the feisty Rosina. Catch the beauty and splendor at TheMet.org

If you’ve never had the pleasure of seeing Cynthia Erivo in concert, Live From Lincoln Center is giving you a front row seat to her intimate concert at Lincoln Center. Erivo shot to fame after winning the Tony for her performance as Celie in The Color Purple on Broadway in 2016. She went on to Academy Award nominations for Best Actress and Best Original Song for the film Harriet, a biopic on Harriet Tubman. In this soulful concert, Erivo combines her powerhouse vocals with an intimate, cabaret-style setting. Buckle up at PBS.org

The Grammy Museum hosts stellar talks and performances that are usually sold out intimate events. But now we can all partake thanks to the their Museum at Home site. Every week, they feature conversations and performances from the likes of Billie Eilish, Greta Van Fleet, Andrea Bocelli, Common, and more. In addition, each week, the museum is reviving some of its former exhibitions online, including retrospectives on Whitney Houston, Frank Sinatra, and Ella Fitzgerald. This week moderator Scott Goldman talks with the multi-platinum selling and Grammy Award-winning band, The Mavericks, about their new album out August 21, En Español. Following the conversation, the band gives a performance exclusively for the Grammy Museum. GrammyMuseum.org

Celebrate the 19th Amendment’s centennial anniversary with the online exhibition Rise Up L.A.: A Century of Votes for Women from the Natural History Museum at nhm.org/rise-la The exhibit follows the political and social impacts of everyday women involved in the suffrage movement through historical objects like buttons, an interactive 1920 California ballot, sign-making activities and a voter registration dirve. The exhibition kicks off with an archive of video interviews with L.A. women 65 and older followed by a series of three Zocalo Public Square-presented panels through the end of the year.

The Broad Stage in Santa Monica and esteemed local publisher Red Hen Press return with an enhanced and compelling series, moderated by award-winning actor & writer Sandra Tsing Loh. Performing artists and poets come together monthly through December 2020 for a virtual exploration of social justice themes central to works that will be featured in The Broad Stage’s 2020/21 season. On Aug. 27, The Broad Stage at Home presents Red Hen Press Poetry Hour: The Poetics of Climate Change. Nature is all around us, but what is its true impact and influence on the creation of art? Streaming live at 6pm on Thursday. In the meantime, July’s episode, along with all episodes from the first season of the Red Hen Press Poetry Hour are available to watch at https://thebroadstage.org/athome.