Young Stars Theatre kicks off 2020 with a production of Sweeney Todd, which will raise funds for the youth company. It will be a traditional cast using adult actors and is recommended for audiences 13 and up due to the adult themes of this musical thriller.

Sweeney Todd: The Demon Barber of Fleet Street is Broadway’s hit musical based on London’s urban legend with several stage adaptations dating as far back as 1847. Set in the 19th Century, Sweeney Todd is the tale of a man determined to seek vengeance. Framed and imprisoned by a corrupt judge whom he believes responsible for the death of his beloved wife, Todd returns to London after being rescued by a sailor. The sailor, Anthony, falls for the judge’s beautiful ward, in reality Todd’s daughter Johanna. She is smitten with Anthony. But Johanna is the subject of Judge Turpin’s vile lust, and he keeps her confined, intent on marrying her himself. Todd, meanwhile, returns to his former profession of barbering, a means of pursuing his revenge wherein he can slit the throats of his enemies. Entering into a partnership with a new friend, the baker Mrs. Lovett, his victims become the stuffing of her enormously popular meat pies.

How far can Todd and Lovett go in their bloody pursuits? Can Johanna escape the evil Turpin and find true love in the arms of her Anthony? Will the wicked pay for their crimes? Will love and goodness prevail?

Young Stars Theatre, the resident company at Fremont Centre Theatre, is featuring adult professionals in all of the major roles with some young performers in the ensemble. Heading the cast is Jack Bennett as Sweeney and Gloria Bennett as Mrs. Lovett. Both are thrilled to be performing these roles for the first time. Jack tells us, “we have never worked so hard on a show, and we’ve worked hard! I don’t know that we could have done it if we weren’t both in it and could practice regularly together.” The couple recently took a trip to Vegas and took the road trip as an opportunity to rehearse the whole way there and back as well as during their stay. “We work together all the time, which some people seem to find amazing, Jack says with a laugh, “and have performed together hundreds of times over the last 20+ years, so that part we are used to. However the music in this show is the most complicated we’ve done.” He says that when they first got the rights he thought, “oh, this is no longer a discussion, I actually have to do this!” He says his fear was a big reason he wanted to do it, saying, “I had to see if I could do it. And hopefully, audiences will agree that I can. We’ve been working with Gloria’s voice coach, Thomas Shepard, and he has helped us both immensely. He was actually up for a role in the original production on Broadway so he has lots of insight and great stories.”

Gloria echoes Jack’s sentiments and says, “this is the most challenging and satisfying role I have worked on to date. It’s an absolute joy working with Jack on this project. He is amazing and has grown tremendously as a singer. He’s always been really good but now he is amazing! What a blessing to live a life where we get to work and play together!”

Mirai Booth-Ong helms the production in her directorial debut. She has been the resident choreographer for Young Stars Theatre for several seasons. She is also an actor and voice artist.

Daniel Koh is music director. He is the recipient of a doctorate from Yale School of Music. He has been music director for productions of Peter and the Starcatcher, Company, The Drowsy Chaperone, much more.

Thrill to one of the greatest achievements of the distinguished career of the grandest composer of the modern American musical, as you are assured one bloody good time!

Sweeney Todd runs 3 weekends only, January 17 – February 1, 2020. Fridays and Saturdays at 8pm, Sundays at 2pm. Performances will be held at Fremont Centre Theatre located at 1000 Fremont Ave. (at El Centro), South Pasadena, CA 91030. Free parking is available behind the theatre. Additional matinee added Saturday Feb. 1 at 2pm. Tickets are $30. Except Opening Night, January 17, when all seats will be $35 (includes reception). ONLINE TICKETING: https://www.youngstarstheatre.org/tickets

Recommended for 13 and up for Adult themes. Parental guidance suggested. 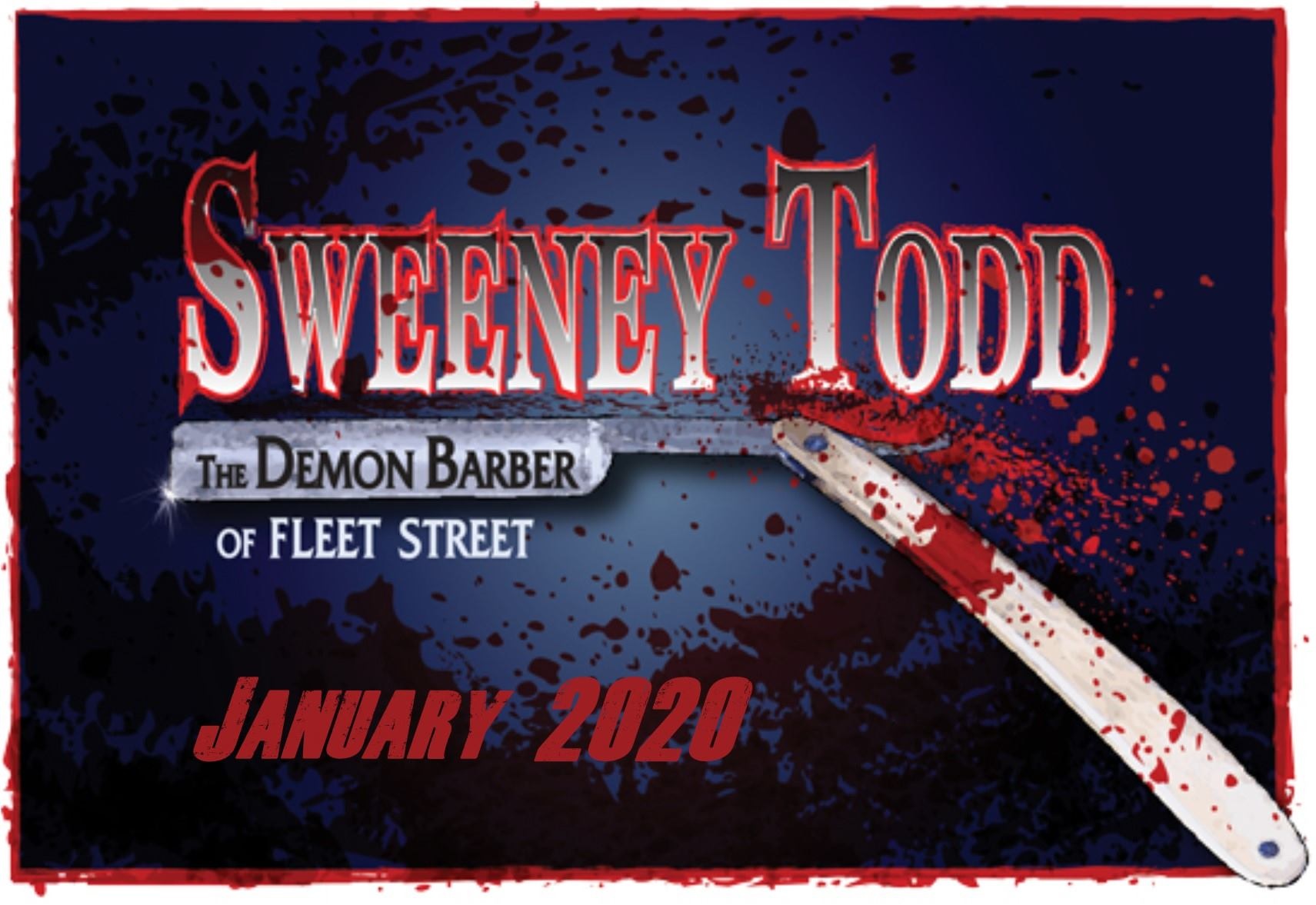