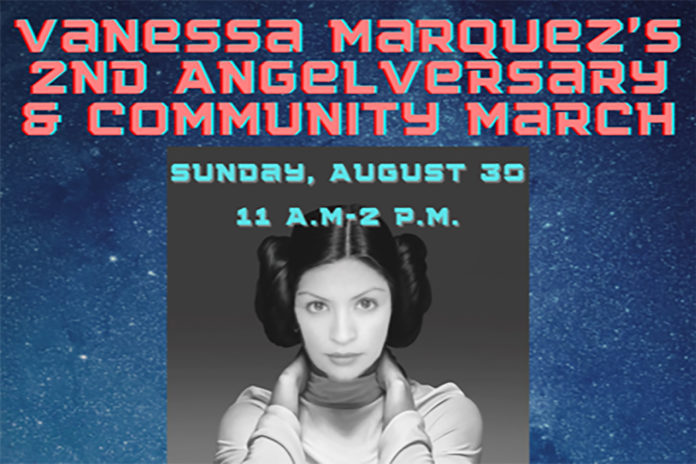 On Sunday, August 30, 2020 at 10:45 a.m., an “Angelversary” March and Rally will be held to “never forget” the tragic killing of actor Vanessa Marquez by South Pasadena police, “so that it shall never be repeated.”  The March will start in front of what was Vanessa’s home 1133 Fremont Ave. South Pasadena and will continue to City Hall for a rally at 1414 Mission Street near the South Pasadena Police Station.

“This is a most difficult day and time of the year for us. Vanessa was very ill, she was only 84 pounds suffering from autoimmune diseases – she was frail and needed a walker, her eyesight was going. She needed help and support, but instead South Pasadena police ended her life,” said long time friend, actor Minerva Garcia, the event’s organizer. “The City of South Pasadena and their police department has yet to put any corrective measures in place.”

Family members will address the drastic changes that are needed in law enforcement and the trail of destruction that police brutality creates. A blessing ceremony will be held with Danzantes,Ehecalt and music by Enesol.

Some protestors will honor the slain actor by wearing Star Wars costumes, which was one of Vanessa’s many film passions. “Her love of film and work as an actor was trailblazing and had a wide range,“ noted Garcia. “She didn’t play the stereotypical roles that Latinas are unjustly given, whether it was her recurring role on E.R., the demure intelligent student in Stand and Deliver, she was eager to portray the roles that accurately depicted who we are.” said Garcia.

“I want those who didn’t know  Vanessa  to learn about her contributions, not only as an actor who served the acting profession for over 20 years, but as a compassionate human being. She was a peaceful person who was opposed to violence” Garcia notes.

“The families attending this Angelversary are asking to be heard,” said.Garcia. “Every day we live with a huge void and frustration because we haven’t received justice. It is tremendous pain and an immeasurable loss to our families, our friends, our communities and the work they contributed to – we cannot go quietly away. We will continue to stand up and speak out against the false police accounts and these grave injustices. 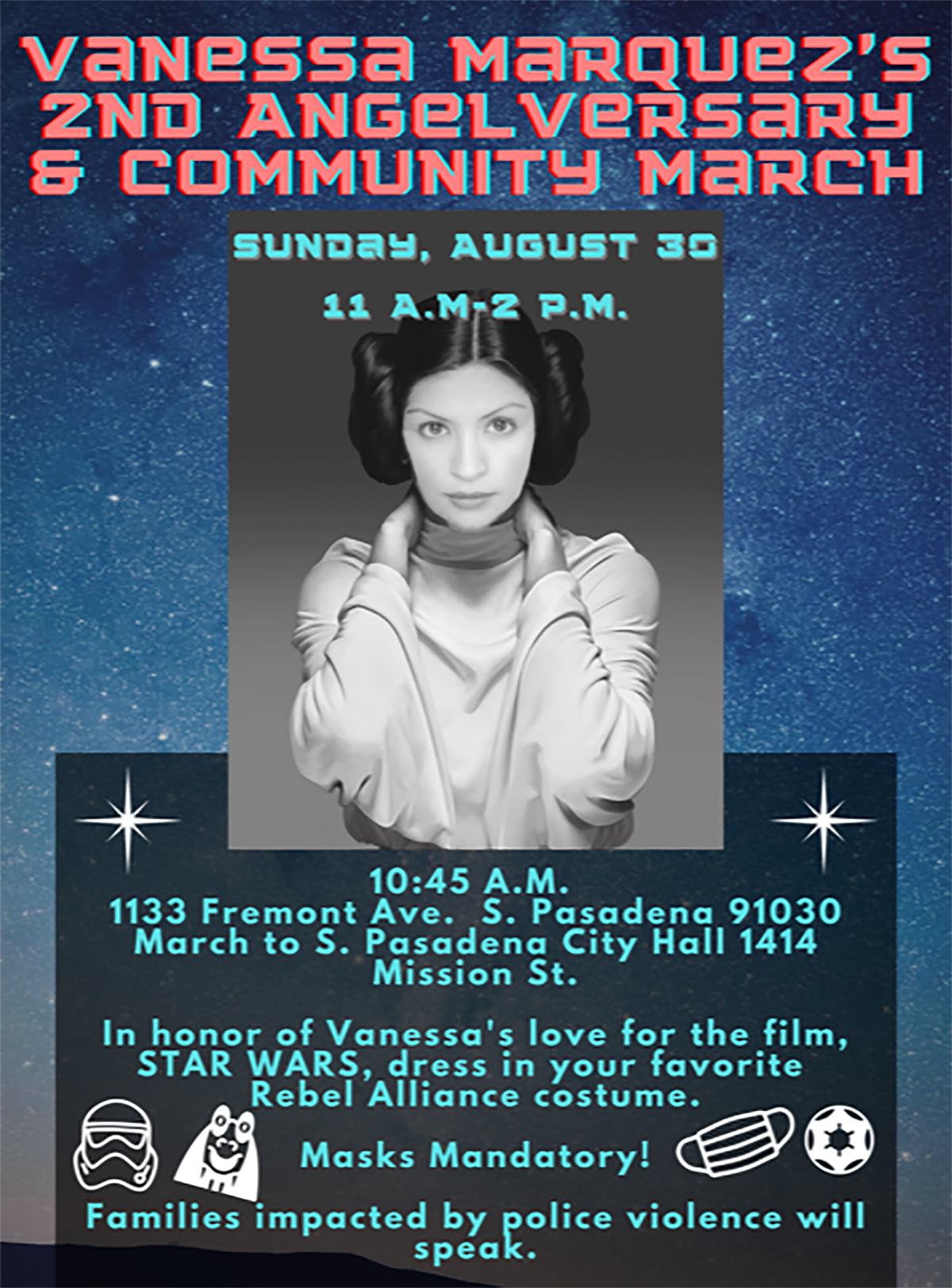