Last weekend several small and large groups of teenagers could be seen walking around South Pasadena. Over 80 high school students in all participated in the SPHS Scavenger Hunt put together by the PTSA. “I couldn’t believe the great turnout we had,” Monika Petrillo, one of the organizers behind the event, said.

Starting at the high school students were asked to scan QR codes which took them to websites consisting of mathematical, visual, audio, and video clues they had to solve. The roughly two hour walk around South Pasadena inspired them to take a closer look at familiar sites like the Middle School and the Ostrich Farm mural near the Rialto to discover details they had never before noticed about their home town.

Figuring out the name of the company that manufactured the old school bell in front of the district building, for example, led them to a video clip of the film Ladybird. That in turn guided them to Kaldi Coffee Shop where they had to solve a custom-made crossword puzzle with clues specific to SPHS and their hometown.

A word puzzle at the Historical Museum led them to Orange Grove Park where many students were surprised to learn that there used to be a swimming pool where the tennis courts are today. “I had SO much fun with my friends today, those clues were creative!!” Brynn Buckley said about the experience. “I had such a great time learning new things about South Pas,” Paige Reynolds added. “I didn’t even know that we had a Community Garden!”

“Yes, it was a lot of work to prepare. But my partner Tisa Poe and I had a lot of fun creating it all,” Petrillo explains, “I came up with the clues, and she put it all online, so that the students could simply scan the QR codes at the different locations. That made it Covid-friendly and allowed us to be ready for any number of participants. But honestly, we didn’t expect that many. On Saturday afternoon I saw five different groups all around town working together to solve puzzles, and at one point I heard a boy loudly exclaim ‘The Big Plunge! I know where that is!’ It made me so incredibly happy, after a whole year of kids being cooped up inside, to see them outside, exercising and using their brains, while at the same time getting some much needed time with their friends.” 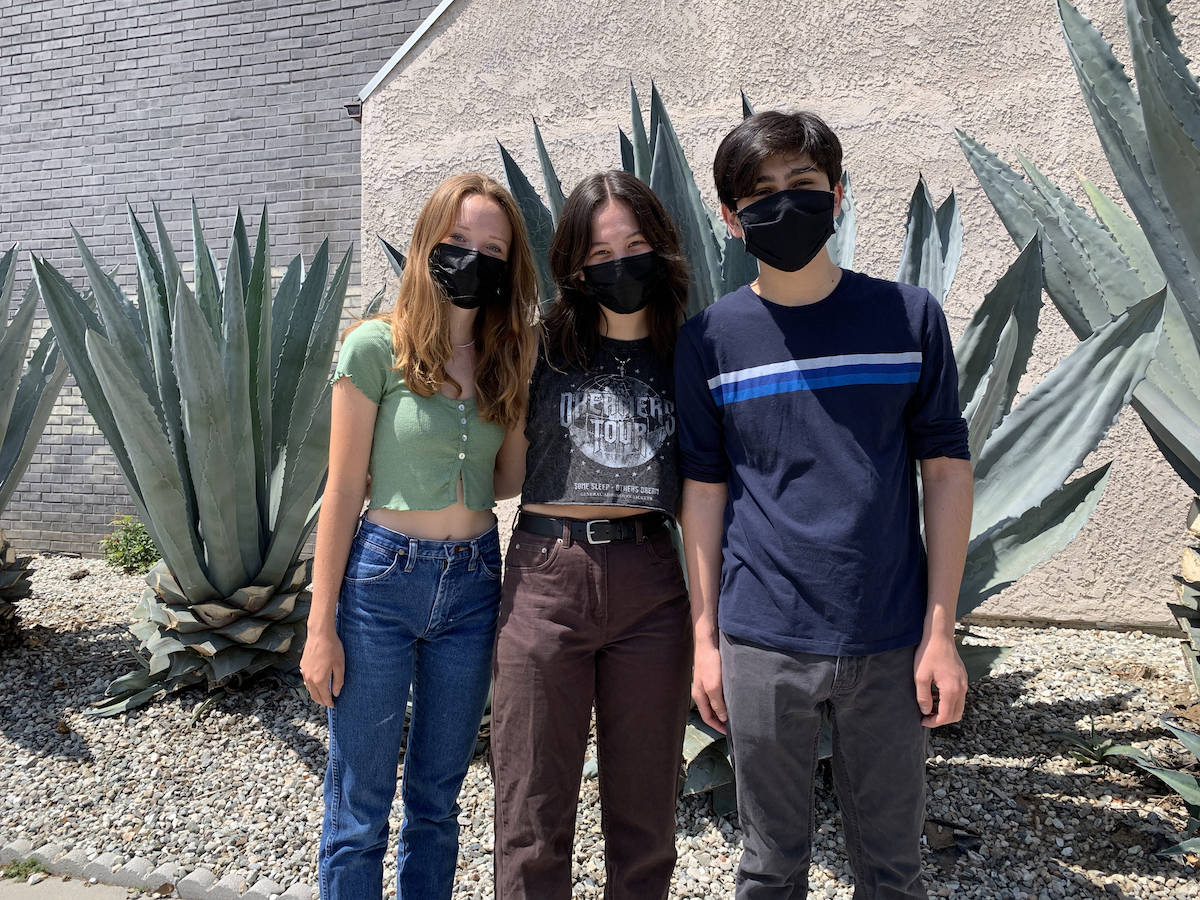 The event was initially offered to all High School Seniors in April. But after seeing the success of that weekend, PTSA President Jim Dowd quickly decided to provide the same opportunity to the other classes as well.

This meant, like the first time, all students who finished the scavenger hunt, ended up getting treated to a well-earned smoothie at Jamba Juice courtesy of the PTSA. “Glad the first time I have Jamba Juice, it’s free. Thank you!” was one of the appreciative comments left by Peyton. Tristan mentioned “So fun but my feet hurt haha,” while Devin noted that he felt “so very swag” for finishing. But Elizabeth summed it all up: “Had an amazing time walking and finding new things around South Pas.”