Last Saturday the South Pasadena Educational Foundation (SPEF) returned with Parti Gras, an annual fundraiser bringing a night of music, dancing, and auctioning back to South Pasadena after a two-year hiatus.

This year’s theme was titled “Through the Looking Glass,” based on the movie “Alice in Wonderland.” The Arroyo Seco Golf Course was packed with wonderland-style decorations. The dance floor was designed as a giant chessboard with a few pawns. Nearby, attendees could walk to a tent under playing-card arches to play blackjack.

At the entrance, framed images were displayed of various SPEF sponsors thanking them for their donations. One image showcased logos from South Pasadena businesses that sponsor SPEF.

“Bringing together local businesses to help further SPEF’s mission to support educational excellence in the public schools of South Pasadena,” the image said.

SPEF receives donations from lots of businesses and individuals from South Pasadena and elsewhere. Hundreds of contributors like South Pasadena’s Hi-Life Burgers and Fair Oaks Orthodontics donate to SPEF, allowing for greater funding of various educational programs across the district. The district even receives funding from places like the Walt Disney Company and Bank of America.

At the end of the night, $220,000 was raised for the district. Executive Director Stacey Petersen says the event was a huge success, citing strong community support.

“This Parti Gras surpassed all expectations,” Petersen said. “There was an energy that surrounded it from the moment Jean introduced the idea of Through the Looking Glass. She felt that it was a nod to feeling like we, as a community, were emerging from our own looking glass coming out of COVID restrictions. We knew people were excited to get out and see each other again in-person but we were not expecting the amount that attended. Our community is so supportive of its schools and SPEF and for that we are grateful.”

Parti Gras was packed with attendees dressed as various Alice in Wonderland characters. Hundreds of people were seen dressed as Alice, the Mad Hatter, Tweedledee and Tweedledum among others.

Part of the fundraiser involved silent and live auctions. Tables were spread across the venue showcasing various gift-baskets, collectables and sports memorabilia up for bid. Notable items include the Alice in Wonderland Variety Basket, a collection of Lacker’s memorabilia and ceramic mugs. Each item came with a blank list for party-goers to claim bids.

For more information about fundraising and district events, visit their website spef4kids.org. 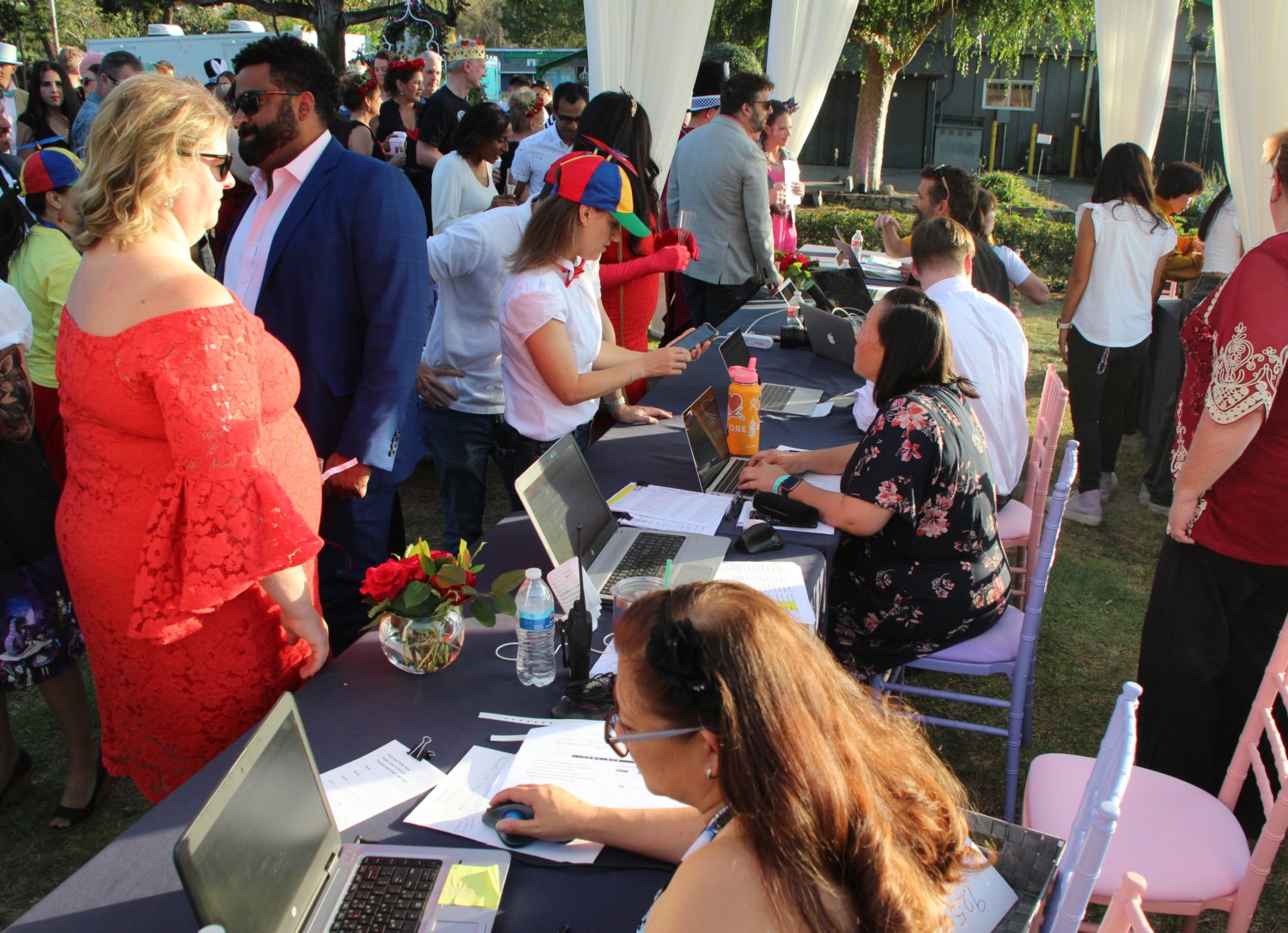