Architecture and modernism lovers take note: an exceptional example of South Pasadena’s rich architectural diversity and sprawling gardens will serve as a setting for the South Pasadena Preservation Foundation’s Irving Gill Garden Gala. On Sunday, September 18, 2022, from 11:00 AM to 5:00 PM, the Foundation will host a garden luncheon, docent-led tours, and live and silent auctions at South Pasadena’s Miltimore House, the most significant residential project still standing that showcases architect Irving J. Gill’s singular creativity and forward thinking. Tickets are on sale now.

Never Before Open to the Public

Though listed on the National Register of Historic Places, for years the Miltimore House was a barely visible gem, hidden behind an arboreal jungle that covered its stunning columned trellis and clean lines. Thanks to current owners Mario and Therese Molina, the house has been brought back to its original splendor, and the Garden Gala will represent the first time ever that the home and gardens will be open to the public. 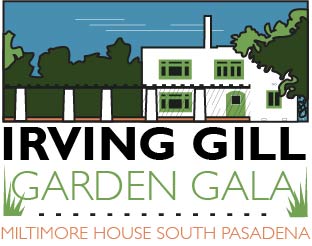 Ahead of Its Time
Often referred to as the father of architectural modernism, Irving J. Gill (1870 –1936) was a pioneering American architect. His passion for simplicity and clean lines laid the groundwork for the Southern California mid-century modernists whose fame eclipsed his, including Richard Neutra and Rudolph Schindler. While many exceptional examples of Gill’s work have fallen to wrecking balls, the 1911 Miltimore House remains intact as built and represents one of the very best surviving examples of Gill’s mature work. The home features numerous ingenious details designed to simplify housekeeping, maintain a hygienic home, and minimize materials waste.

Now, 111 years after its construction, this private home is being opened for public viewing, education, and enjoyment.