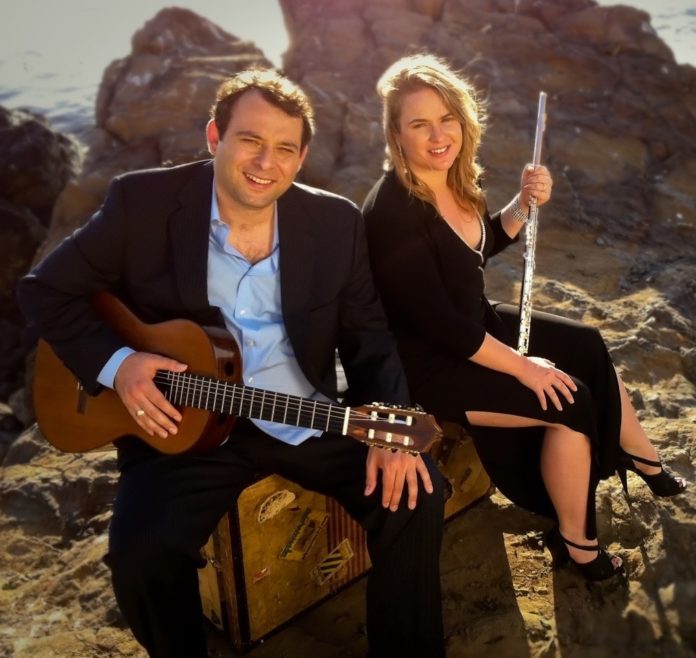 The Restoration Committee of the South Pasadena Friends of the Library will be presenting the award winning AlmaNova, an innovative flute and guitar duo, at the next Restoration Concert on Sunday, September 18, 2022 at 4:00 p.m. The eclectic chamber music program will include music by Jacques Ibert, Enrique Granados, Manuel de Falla, Astor Piazzolla, Almer Imamovic, Peter Georgiev & Sojka Ptica.

Tickets at the door are $25. The concert will be held at the beautiful historic Library Community Room at 1115 El Centro St. in South Pasadena.

- Advertisement -
Flutist Jessica Pierce and guitarist Almer Imamovic are both masters of their instruments elevating the flute and guitar ensemble to the highest level of virtuosity and artistry. Their live performances are filled with energy and passion creating a “…graceful, intuitively choreographed display of seamless connection.” (Fresno Beehive). AlmaNova Duo has had the privilege to perform extensively throughout the world including recitals in Paris, London, Sarajevo, Stockholm, Tijuana, San Francisco, Los Angeles, Chicago, New York, Kansas City, and San Diego.
Internationally acclaimed guitarist, composer, and arranger Almer Imamovic has risen in the ranks of classical guitarists as one of the world’s finest players and has had the privilege of performing extensively throughout the world. Most recently, Almer was honored to perform for the President of the United States, Joe Biden and the Bosnia-Hercegovina Advisory Counsel in Washington D.C.
The Restoration Concerts Committee, a committee of the non-profit organization, The Friends of the South Pasadena Public Library, has a goal to bring world-class music at an affordable price to the concertgoers in South Pasadena and surrounding communities. As the name suggests, net proceeds from the concerts provide for restorations, enhancements and other benefits to the South Pasadena Library and Community Room.
For more information this Restoration Concert and to see the exciting 2022/2023 season, go to https://www.friendsofsopaslibrary.org/restoration-concerts 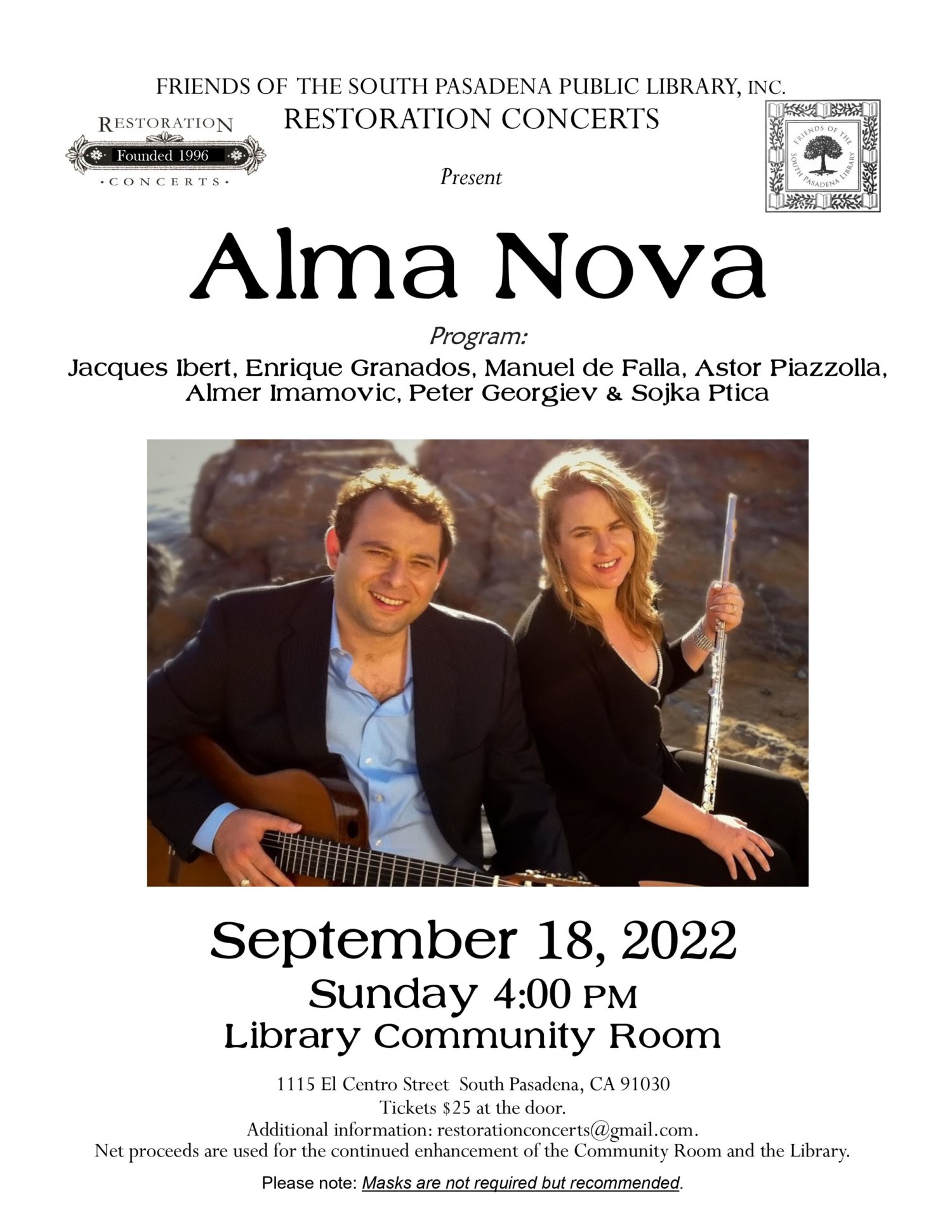