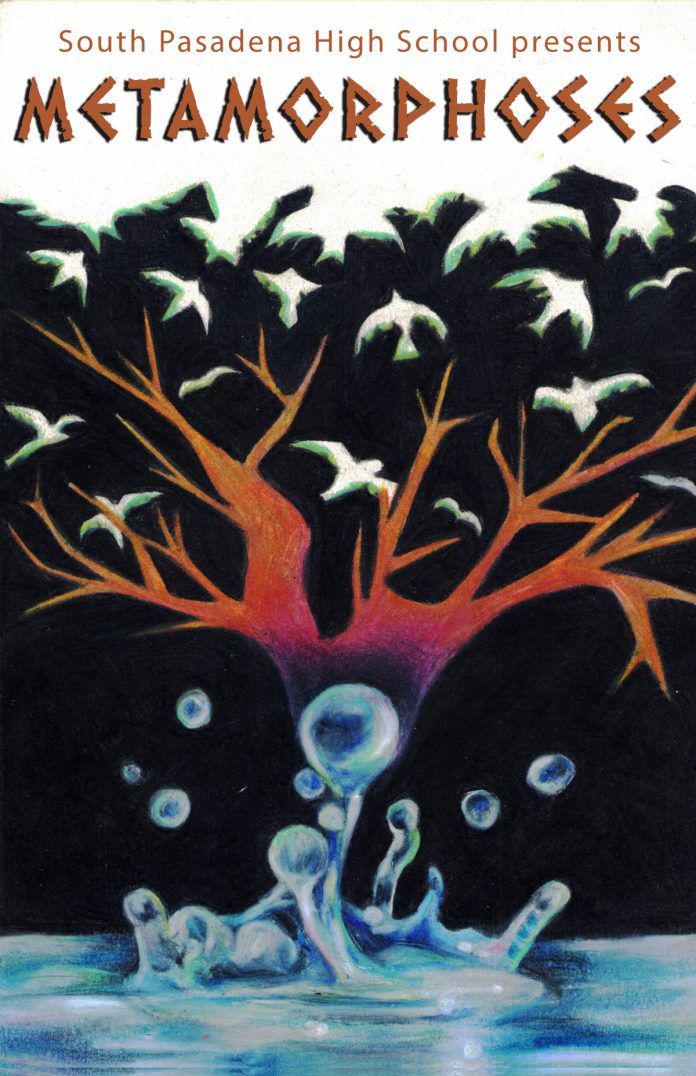 Metamorphoses, an award-winning one-act play staged entirely in a pool of water, and featuring live musicians, singing, dancing, and a range of both hilarious and heartbreaking stories, is set to open at South Pasadena High School on Nov. 15. When the play opened in New York in 2001, The New York Times reported that it, “reduced calloused New Yorkers to tears.” Written and originally directed by Mary Zimmerman and based on the work of the Roman poet Ovid, the play was a modern retelling of some of the most famous and influential myths in Western literature. Its staging was such a success that it was nominated for the Tony Award for Best Play, and Zimmerman won the Tony for Best Direction.

Time Magazine’s review stated: “It shows that theater can provide not just escape but sometimes a glimpse of the divine.” In Metamorphoses, 14 myths are reimagined. Some are well-known (King Midas, Orpheus and Eurydice, Pandora), others less so, but all are geared toward transformation in the face of despair. “This is the most ambitious play we’ve taken on in my time here,” said Nick Hoffa, drama teacher and director of the play. “The combination of really funny moments right up against moments of deep heart-splitting tragedy is a big challenge – but one I’m so excited for this group of wildly talented young actors to tackle. It’s a blast to rehearse and I think will be a blast to watch.” Twelve actors will play more than 60 roles, including those of Zeus, Aphrodite, Pandora, King Midas, Eros, and Hermes. Metamorphoses has mature themes and content; parental discretion advised for children 13 and under.

Metamorphoses (directed by Nick Hoffa, with technical direction by James Jontz) is performed five times over two weekends. Show times: Nov. 15 and 16 (Friday and Saturday) at 7 p.m.; Nov. 22 (Friday) at 7 p.m.; and Nov. 23 (Saturday), at 2 p.m. and 7 p.m. The Little Theater, South Pasadena High School, 1401 Fremont Ave., South Pasadena, Calif. General admission is $15. Tickets may be purchased online at sphsasb.org, in the SPHS student bank after noon, and at the door. 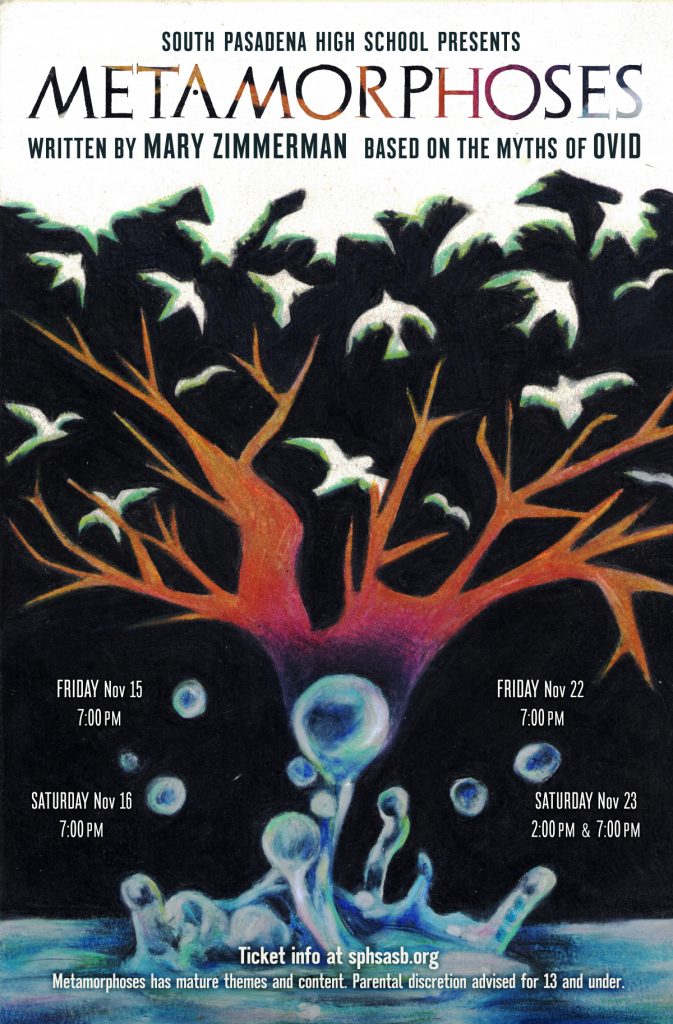