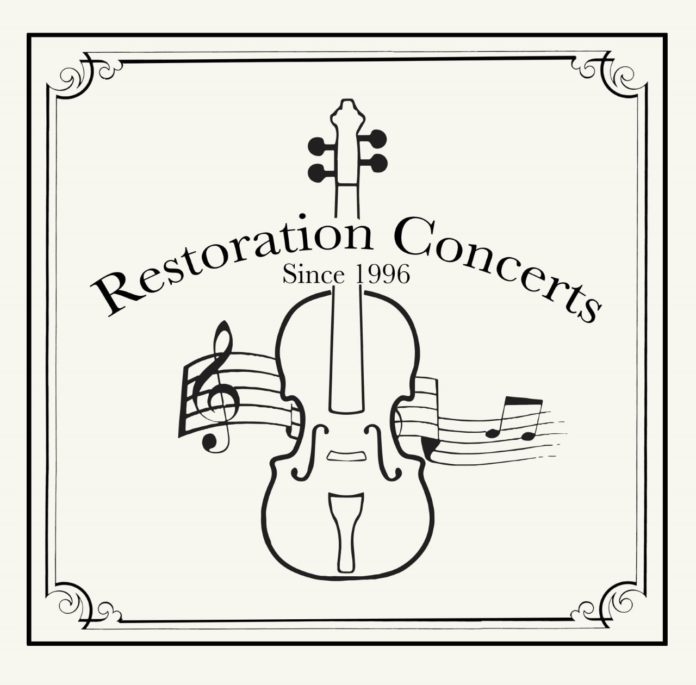 The Restoration Committee of the Friends of the South Pasadena Public Library will be presenting the first Restoration Concert of 2023 on Sunday, January 15 at 4:00 p.m.   The Arroyo Chamber Players will be featured with violinist Brendan Speltz, violist Connie Kupka, cellist David Speltz and pianist Daniel Anastasio.  The program includes music by Mozart, Beethoven, and Faure.  Tickets at the door are $25. The concert will be held at the beautiful, historic Library Community Room at 1115 El Centro St. in South Pasadena. Mask wearing is optional but strongly recommended
Noted for his organic musical instincts and warm sound, Brendan Speltz, a Los Angeles native and son of musician parents, has performed around the globe with world-renowned musicians.  Speltz has performed at a wide variety of music festivals as soloist and chamber musician, most recently at the prestigious Kneisel Hall, in Blue Hill, Maine, the Ottawa Chamber Music Festival, and the Skytop Music Festival in Pennsylvania.  An avid chamber musician, Speltz has performed on established professional chamber music series including the Los Angeles based Pacific Serenades and the South Bay Chamber Music Society.
Connie Kupka, a native of Southern California, grew up in a music-loving family.  She has performed at the Santa Fe and Grand Canyon chamber music festivals, the Mostly Mozart and Oregon Bach festivals, and the Ojai, the Colorado and the Sedona festivals.  In Los Angeles, she regularly performs on the South Bay Chamber Music Society and Pacific Serenades series.  Kupka along with her future husband, cellist David Speltz, formed the Arriaga Quartet which won the grand prize in the prestigious Coleman Chamber Ensemble Competition.
David Speltz began his formal studies with Eleanore Schoenfeld after being introduced to the cello by his father. Later, he joined the Gregor Piatigorsky Master Class at USC.  He has been active for years on many Los Angeles chamber music series and participated in summer festivals throughout the United States. David was a member of the Los Angeles Chamber Orchestra under Sir Neville Marriner, and served as principal cellist of the California Chamber Orchestra under Henri Temianka. In 1989, he served as principal cellist for the German conductor Helmuth Rilling at the Bach Collegium Stuttgart.
A soloist and chamber musician based in San Antonio, Texas, Daniel Anastasio combines an intellectual curiosity with “technical prowess and emotional sensitivity” (Rivard Report).  Anastasio was a concerto competition finalist at Cornell University, Stony Brook University, and Juilliard, where he won the Mieczyslaw Munz Scholarship.  He is the co-founder of Unheard-of//Ensemble, a group dedicated to commissioning composers and premiering their works and is a member of Agarita, a San Antonio-based chamber ensemble dedicated to making classical music accessible to everyone in San Antonio.
The Restoration Concerts Committee, a committee of the non-profit organization, The Friends of the South Pasadena Public Library, has a goal to bring world-class music at an affordable price to the concertgoers in South Pasadena and surrounding communities. As the name suggests, net proceeds from the concerts provide for restorations, enhancements and other benefits to the South Pasadena Library and Community Room.
- Advertisement -

For more information about Restoration Concerts and to see the exciting 2022/2023 season, go to https://www.friendsofsopaslibrary.org/restoration-concerts.