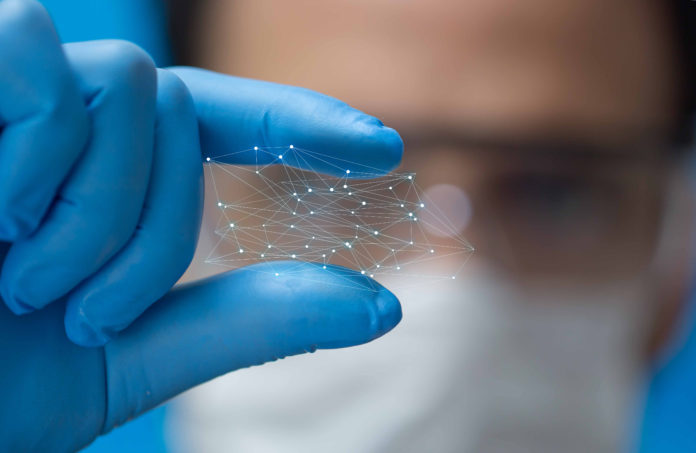 The National Science Foundation Advanced Technological Education program has named PCC the lead agency on a $7 million grant that will develop new approaches to educating students in micro nano technology.

PCC Natural Sciences professor Jared Ashcroft will direct the project, which will bring together a network of nearly 30 higher education institutions, industry partners and as many researchers, scientists, and educators.

Over the past half century, micro nano technologies have progressed from experimental applications in electrical and mechanical engineering to biotechnology, optical sciences, and other fields. As the field has expanded quickly, community colleges have a growing duty to educate lab technicians and other personnel to operate machinery, manage cleanrooms and conduct research in increasingly unpredictable ways.

“Community colleges have to evolve in what they teach,” Ashcroft explained. “We need to converge these different technologies so we can prepare students for future jobs, not the jobs in the field of five years ago. Industry and research are driving nanotechnology forward and it’s time for us to have our teaching be a part of that.”

The grant will create the Micro Nano Technology Education Center at PCC, a consortium bringing together community college and baccalaureate granting educational institutions, research laboratories, and private corporations working in micro nano technology fields. The Center will serve as a hub of curriculum development, professional learning, and information exchange for college educators and researchers looking for new ideas in building the nation’s micro nano technology workforce.

As advanced academic research uncovers new uses for nano-scale technologies, the implementation and commercialization of these discoveries requires a constantly evolving and highly skilled workforce. Unfortunately, many community colleges have resisted making large investments in teaching at the scale of individual atoms, which requires expensive microscopes, fabrication devices, and data processing technologies, not to mention skilled educators at the front of the classroom.

In building a network of institutions around the country, the Center will pool resources and make them available to member institutions and others for their students. At PCC, for example, Ashcroft has used online videoconferencing to give his students experience with a scanning electron microscope located in the undergraduate research laboratory housed in the E Building. Access to more of these machines will boost his students’ exposure to recent developments in the field, as well as providing vital work-based learning opportunities as they advance in their studies.

Ashcroft’s partners bring a range of approaches to the work. Kate Alcott is the associate director of the Northeast Advanced Technological Education Center at the State University of New York Polytechnic Institute in Utica. “We know that the technician shortage is real, so we’re working really hard to help these industries pull in these technologies,” she said. She trains with U.S. Army veterans from nearby Fort Drum in nano skills so they can find jobs when they leave the service.

At the University of New Mexico Support Center for Microsytsems Education, Matt Pleil has been building nano education since 2004. The university brings faculty and students to workshops in their sophisticated cleanroom on the Albuquerque campus, giving them the opportunity to not only advance research but to chart the future of advanced technology education. A group of ten PCC students attended a week-long cleanroom workshop at the facility last summer.

One of the most promising outlets for future micro nano tech investment is in the development of vaccines that target the genetic code of individual diseases. Todd Christenson, the chief technology officer at HT Micro, a 15,000 square-foot engineering and fabrication facility also in Albuquerque, said that his company – and, in some cases, the society at large – depends on sophisticated technicians who are ready to work. “It’s incumbent on us to realize this field is growing into areas, other markets, than it has in a long time,” he said.

Over the next six months, the PCC Center will lay the groundwork for the five-year effort to have maximum impact. Contracts and subawards are being made to solidify the network. Infrastructure is being laid and partnerships are being made so that information can begin to flow.

The first priority is to recruit more faculty to the network, with a particular focus on younger instructors and faculty from diverse backgrounds. Mentor relationships with established educators will help maintain a vibrant field. “If we don’t get younger and more diverse,” Ashcroft explained, “we’re going to lose the knowledge we’ve already accumulated.” Much of the educational workforce will be approaching retirement in the next decade, so it’s crucial to prepare the next generation of micro nano tech professors.

As the work gets underway, Ashcroft is already noticing the network effects of the work. “It used to be that we would get together once a year,” he said of the practitioners and educators working in nano. “We don’t have it all together, but together we have it all.”

In nano as in all things, a series of small steps can lead to very big things.