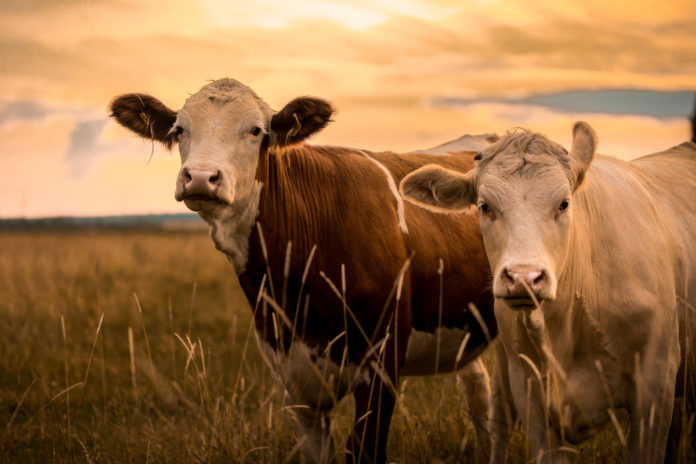 Deepest gratitude to Rick Thomas for A World Less Certain, the beautiful article on eating animals; and thanks to the South Pasadenan for publishing his work on 1/2/21.

We have been vegetarians since the early 1980s, and question why people who otherwise love animals continue to use some of them for food. We should all learn the way they are raised, transported and slaughtered.

When early activists, we were approached by people who were excited the hunting season had started. When we told them we oppose hunting, they said “You eat meat don’t you?” We decided we needed to be consistent.

We love wildlife, and that strengthened our resolve. We learned mountain lions, coyotes and wolves are killed with our tax dollars if ranchers claim losses even if the grazing animals are on our public lands. Little prairie dogs are poisoned because they make mounds and tunnels where cattle stumble, and many wild animals are killed for human food. Palm oil is in many food products. Palm is grown in cleared forests where orangutans and other wildlife once lived.

We learned hens are kept in cramped cages until they no longer lay eggs, then they are killed. We have seen PETA’s footage of a little calf taken from the mother and heard their cries. Humans want the milk. If female, the calf is raised until she becomes a machine having babies only to lose them. Male calves are taken and kept in small crates until ready to be eaten as veal.

In some countries dogs are their main course; but before one shrieks, the lamb, turkey, and lobster all know the same fear and pain. When a child, I recall our family eating hard-shell crabs. The living animals were placed in a pot of water. As the water heated, I can still hear their clawing the sides of the pan until the last one stopped. We were not a cruel family; no one had yet awakened our conscience.

We have seen trucks with so many animals crammed inside the animals are crying out; and I saw the eye of a cow, terrified and pressing against the little opening on the side. We knew they would next be in a slaughterhouse where fear and extreme pain wait. Through the years more animals are allowed to be slaughtered per minute. One site, thehill.com states “from a maximum of 140 birds per minute to an astounding 175 birds per minute (three birds per second).” The article reports “record injuries” to workers, safety violations and Covid outbreaks. Does no one hear their cries?

We drink only almond or soy milk, but still eat some cheese making sure it contains only microbial rennet. Rennet is generally from the stomach of veal calves when they are killed. We eat eggs from a family with hens. We know some would say we should be vegan by now. They are right, and remember, the covid virus is believed to have started in “wet markets” where live animals, including wildlife, are kept, slaughtered and sold.

Today there are many plant based substitutes for meat, and sources for great vegetarian and vegan recipes. Many young people are dedicated and active. Vegan Outreach, PETA and others, offer information and recipes. Animal Place and Farm Sanctuary are just two who rescue “farm” animals who will never know fear or pain again. I found a lovely site, vegannavigator.com with information on farm animal sanctuaries all over the United States.

This is not to shame anyone but to share information and encourage change. May others now think about the food we eat, how it came to our plate, and make the choice of compassion.