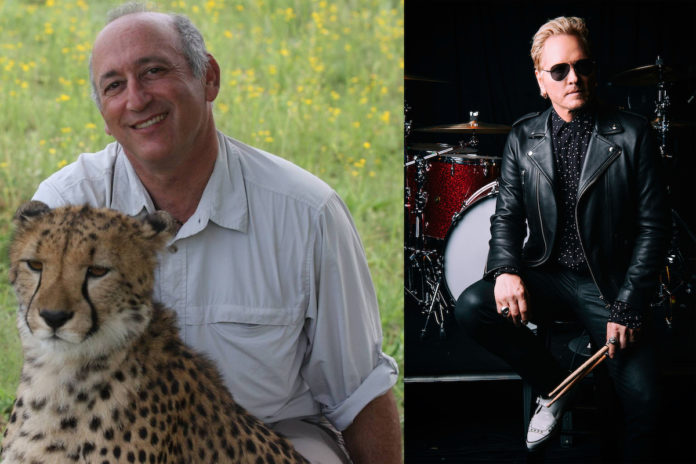 On October 12, 2020, at 6:30pm, live via Zoom, The Oneonta Club welcomes speaker Alan Feldstein to regale and entertain with stories of his decades long career and adventures in Eastern and Southern Africa. Alan Feldstein is a “recovering” lawyer who in 2000 made his first trip to Africa and fell in love. He went back to climb Mt. Kilimanjaro, and photograph chimps and then in 2008 took his children to Africa and became one of the first people to kayak off the coast of Tanzania. It was then and there he decided the legal profession was no longer for him, came home and started Infinite Safari Adventures. He now offers custom wildlife safaris in 12 different countries in Eastern and Southern Africa.

Alanís passion about Africa is not just about doing business there but giving back. While 30 minutes is not sufficient to discuss all that he is involved in, Alan will discuss his work with Maasai villagers, building a well in a remote village, and his award winning work with wild Cheetah conservation.

Alan is a member of the Explorers Club in NY, the Adventurers Club of Los Angeles and in addition to the board of the Cheetah Conservation Fund (which honored his with its 30th annual Distinguished Volunteer award), he also sits on the Board of The Bird School Project, and the advisory board of Over & Above Africa.

An avid nature photographer, Alan’s work has appeared in the Los Angeles Times, Wavelength Magazine, and the paddling.net calendar. He is also the author of The Best African Safari – Tips from an Obsessive Planner a definitive guide to help people plan their best safari.

Alan will be a hard act to follow, and Matt Sorum is up to the challenge.  Stick around after Alan to listen to Matt sing a few songs and maybe tell a story or two.

More than just the Rock & Roll Hall of Fame member and drummer of Guns N’ Roses, The Cult and Velvet Revolver, Sorum has released two albums of his original material, and fronts his own all-star band, Kings of Chaos (kingsofchaosband.com)

Matt is also involved in various charitable endeavors, from bringing music programs into LAUSD schools through his charity, Adopt the Arts  (adoptthearts.org) to promoting the plight of wild dolphins alongside Ric O’Barry’s Dolphin Project (dolphinproject.com)

Matt also recently released a video cover of Tom Petty’s I Won’t Back Down (which he will perform Monday night) to raise awareness for front line health workers.

Guests are welcome, please contact Dean Serwin, mail to: dean@deanserwin.com  to register for the Zoom meeting.