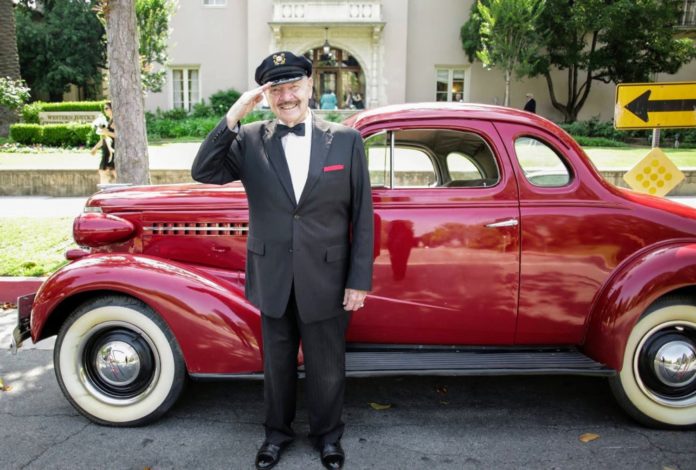 William “Bill” Leon Reese passed away at his home in South Pasadena, California, on Thursday, February 17, 2022, at the age of 92, after a brief battle with cancer. He was surrounded by his family and rejoiced, “Thank you Jesus. Open the gates!” as he left this earth to be with his Lord and Savior.

Bill was born to John P. Reese and Bernice M. (Carmichael) Reese in Pacific Grove, California on March 27, 1929. His insatiable love of learning led him to earn a Bachelor’s degree in Criminal Justice and a Master’s degree in Health and Safety Education from California State University, Los Angeles and a Doctor of Education in Institutional Management from Pepperdine University.

Bill is survived by his beloved wife Kathy of nearly fifty years, with whom they have two daughters, a son and eight grandchildren. They were married in the Winner’s Circle at Hollywood Park, and Bill affectionately referred to them as “Winners for Life.” He is previously twice-divorced and is survived by three daughters and their children and grandchildren.

A U.S. Veteran, Bill first enlisted with the U.S. Navy as a Seaman, then joined the military as a Corporal and rose to the rank of Captain over the course of his twenty-plus years of service. He parlayed his love of serving his country into a 30-year-career in law enforcement, starting as a Patrolman and ultimately serving as South Pasadena’s Chief of Police from 1985 through retirement with distinction and honor in 1990.

Bill made his mark early-on in his police career in 1964 with the felony arrest of two brothers who were wanted for twenty-four robberies in the Southern California area, including the armed robbery of Beneficial Finance Company in South Pasadena. He received recognition from F.B.I. Director J. Edgar Hoover for this off-duty arrest, as the F.B.I. was about to place the criminals on their “10 Most Wanted” list the following week. During his time as Chief, he famously launched the “Back to Tradition” program, and white colored police cars were changed to the traditional black and white car for clearer identification. He was also a champion for the City’s new police station. 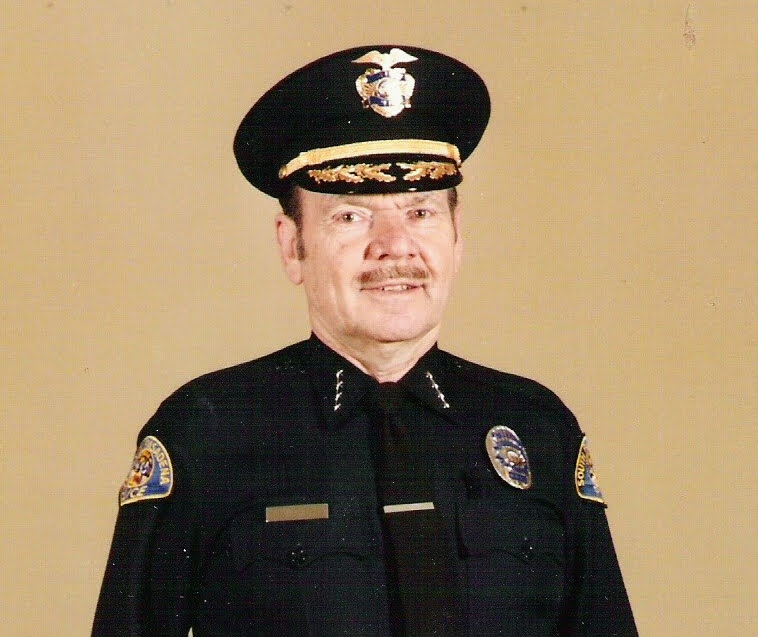 A man of many talents, Bill was blessed with a beautiful singing voice. As a child he was selected to sing during the Second World War for the soldiers and sailors at the U.S.O. and Navy Pre-flight school, to which he garnered accolades for his self-described “high pitched voice.” In 1982, he played the lead role of Peter in The Witness, a traveling musical documenting the life, ministry, death and resurrection of Jesus. As a young man, he played the trombone, and throughout his life was a powerful orator. Bill was also a gifted writer, and in December of 2021, completed a 470-page book documenting his life stories.

Bill lived life to the fullest. He was a classic car collector and enthusiast, owning more than one-hundred cars over his lifetime. You could often find him under the hood of one of his many cars or attending car club events. Growing-up in the Monterey Peninsula, Bill was also a seafood fan, with a weakness for Fannie Bay oysters and calamari. The last ten years of his life were particularly adventurous and included a trip down the Nile River, tracing Bible history through Israel, exploring his ancestral roots in Wales and racing down the Autobahn in Germany.

Bill touched the lives of countless people through his servant leadership. He was a devoted member of Lake Avenue Congregational Church and the King’s Couriers Sunday school class. He also led the Church’s prostate cancer group for men, as a prostate cancer survivor himself. A life-long Rotarian, he served as a member of the South Pasadena Rotary Club where he held the role of Song Leader for decades and served as President from 1981-1982. Of all his commitments, Bill’s Christian faith and his love for his family topped his list.

Funeral services are private, and a celebration of his life will be held in June.

In lieu of flowers, donations in Bill’s name can be made to the South Pasadena Rotary Foundation (P.O. Box 362, South Pasadena CA 91030 or www.southpasadenarotary.org).