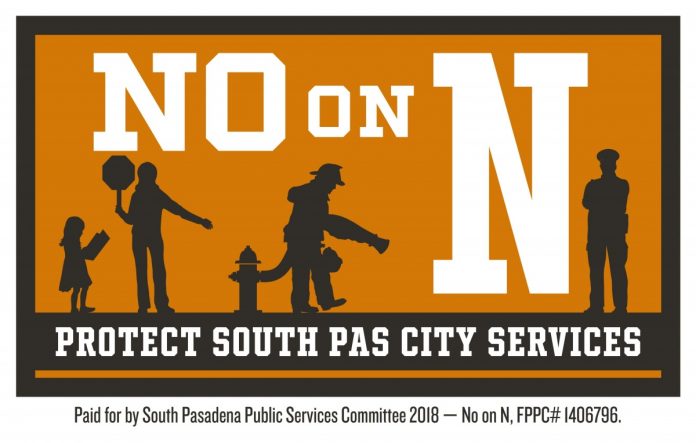 I am writing to oppose Measure N, one of the many choices on the November ballot. Measure N would repeal our city’s Utility Users’ Tax (UUT) and result in the loss of $3.4 million in local tax revenue each year. The city recently announced the significant cuts it will make to public safety and other critical programs if Measure N passes. As one of the elected officials in charge of another public agency budget in our community, I am greatly troubled by Measure N.

First, Measure N will make balancing the city’s budget and building a healthy reserve fund nearly impossible. Having fewer police and fire personnel on hand may mean budget-busting overtime liability, especially when there are emergencies and extended service calls.

Second, Measure N won’t make a dent in the city’s pension liabilities. Yes, the city’s unfunded pension liability has scary implications, but just about every public agency in California is in the same boat. Instead of chopping public services, let’s together figure out how to meet the challenge before reaching the fiscal cliff. Why should South Pasadena fall on its sword in the noble cause of avoiding a pension crisis that may never arrive? Why make a rash decision that makes our community less desirable and less safe?

Third, Measure N will damage our city’s reputation and image, impacting property values and the economy. South Pasadena has a great “brand,” and the provision of UUT-funded community services is, in part, how we maintain it.

Fourth, Measure N is a knee-jerk reaction that ignores the reality that a public agency must diversify its revenue sources to remain healthy. Local taxes are the new normal. Long gone are the days when a city could rely on the big, redistributive revenue pot in Sacramento. Communities need to be self-reliant in order to thrive, and UUT-funded services give us a great return on our investment.

Measure N is an irresponsible and ineffective effort to control government spending. If you must protest taxes, find another target—one that doesn’t harm your local community’s residents, which includes seniors and children, and the quality of life. I highly recommend voting “No” on Measure N.