The founder and owner of the beloved Nicole’s Market & Café, Nicole Grandjean, has passed away this week. Grandjean and her son Steven have been in the restaurant supply industry since 1989 and in 1996, having realized that their French products were unavailable to the “home chef”, they opened a small shop on North Allen Avenue in Pasadena.

It was a well known spot for French enthusiasts and chefs who shared this secret spot among themselves and word of mouth grew. Some in South Pasadena have fond memories of making that trek up to Pasadena to find their favorite pâté, olive oils, saucissons and cheeses. South Pasadenan, Darlene Kuwahara, used to live near the old shop and says “it was a gem in that neighborhood!”

In 1997, Grandjean was diagnosed with cancer and her son, Steven, says he left his career in Special Effects to “temporarily” help her run the business. He recounts “throughout her treatment, mom never missed a day of work. We argued and disagreed about almost everything…yet the dynamic paved the way for a powerful partnership that lasted until her passing”.

Eventually they outgrew the little shop and Grandjean realized a dream to have a working market and café when they moved into the current South Pasadena space on Meridian Avenue in September 2001. News traveled fast around town that a real French market had come to South Pasadena where one could find fresh baguettes, croissants, delectable pastries, tartes, along with French cooking products like herbs de provence, olive oils, cheeses and pâté in addition to a delightful, casual café where you could get salads, quiches, sandwiches, soups and all manner of French specialties like croque monsieur! It has become a favorite of all the French folks in town along with well, everyone else!

Cynthia Bystrom, who worked as Nicole’s Head of Kitchen for seven years when the shop first opened, fondly remembers her time there, “I worked for Nicole Grandjean for many years. Since I was a novice chef and loved cooking, it was my good luck to be able to learn more from Nicole. This woman was loved by all who knew her and my heart goes out to her son Steven, who was a big part of the business and a huge advantage to Nicole. She will be missed by many.”

“Being married to a Frenchman, we all knew of Nicole’s little place in Pasadena and we all used to go there” recalls Alisa Diez, “we were so thrilled when she chose to open her new place in South Pasadena and we have been regulars all these years. We are so grateful she brought a piece of France to South Pas.”

Nicole was a familiar, petite but fierce presence forever working in the kitchen and behind the counter. Locals say they saw her working as usual just last week, a testament to her strength and passion. 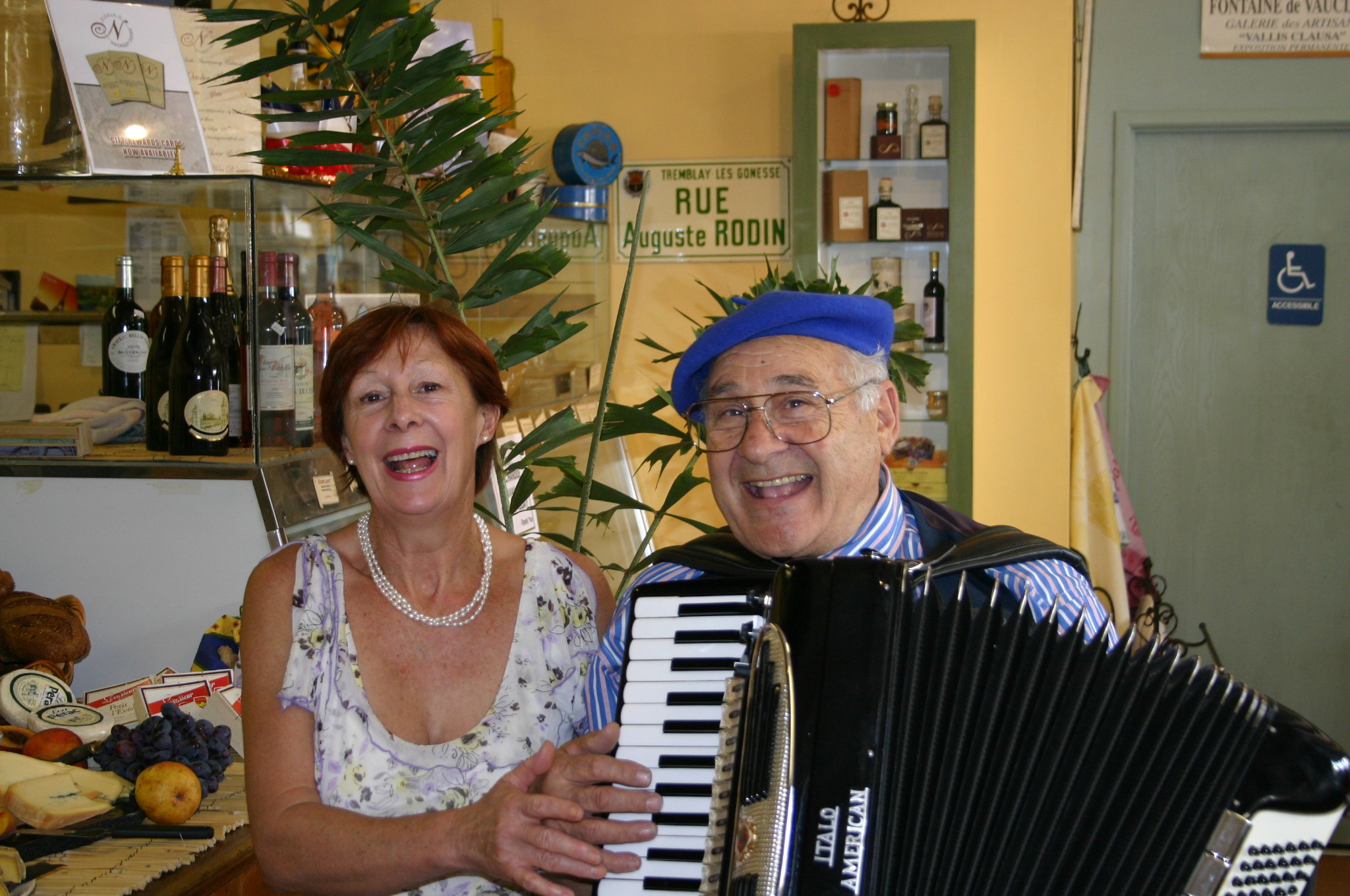 Every July 14, Nicole’s celebrated Bastille Day with a celebration and specials. Her beloved France was never far from her heart.

There has been an outpouring of love and support from the community on Facebook and NextDoor. Especially at this particular time of sheltering in place, social media has become the place where we grieve. South Pasadena bids a fond Au Revoir.

A statement from the family reads in part:

It is with a very heavy heart and tremendous sorrow that I share with you that my mom, Nicole Grandjean, passed away on May 14th. We are devastated by her loss and we know that for our community the loss & pain will be profoundly felt as well.

Nicole was born in France in 1948. She grew up in the beautiful Loire Valley where she lived until the age of 19, at which point, she set out to travel the world and eventually immigrate to Canada. In 1974, Nicole gave birth to her only child on a freezing December morning in Montreal. After a stint in Northern Ireland and back to France, she returned to Canada in 1976 – this time to Vancouver B.C. Life there was simple and peaceful with Nicole working as a waitress for most of those years. (see above story for business beginnings)

Nicole lived & ultimately died on her terms. She was diagnosed again with cancer only weeks before her death. She exited this world with grace and dignity. Nicole was beautiful, tough as nails, dedicated, unforgiving, and unaplogetic. She was impulsive & fiercely independent. She said what she thought and believe what she said. She was tough with people, but none more so than with herself. She was funny, private, loving & generous. Nicole loved classical music, wine & cheese. She loved travel though rarely would go as she seldom wanted to leave her shop despite her dedicated and loyal staff. Nicole loved the outdoors. When not at the shop, she psent most of the time in her garden. Whether it was 105 or 50 degrees, she drove with the top down on her convertible. She worked tirelessly in her beloved shop almost until the very end. Her final weeks were pent living with me and my wife Julia.

Julia and I plan to keep the shop open because that’s what Nicole would have desired and it is what the community wants and deserves. Nicole is loved and will be sorely missed by her family, friends, staff, and loyal customers. She would not want anyone to “waste” too much time crying or being sad, but rather raise a glass (preferably of Sancerre) in her honor while eating some chèvre.

Nicole had a profound and indelible impact on the Los Angeles culinary scene that will likely never be fully recognized or appreciated. We lost an incredible woman and pioneer last week.

The entire South Pasadenan News Staff contributed to this report