When I meet Monika Petrillo at Fiore Café, she’s just come from Pavilions with her cloth bag of last minute dinner groceries for her two middle school teenagers. Dressed in shorts and a t-shirt, one would never guess that just last night she was being photographed in a glam outfit (more on that later) on the first night of the Dances With Films festival at TCL Chinese Theatres in Hollywood. Yes, she’s walked among us for years, forging deep friendships and connections in town as she raised her kids while working as script supervisor alongside directors like Robert Rodriguez, Richard Linklater, and Mike Judge.

A native of Germany, Petrillo came to the States when she was twenty years old to pursue a career in film and television, knowing she wanted ultimately to direct. She worked her way up to script supervising which served her well over the years as she observed up close exactly what it takes to direct a film. Ten years ago she made her first film, a documentary called ‘Flyabout’, which she screened all over the country with a stop at South Pasadena Library. For her second film she knew she wanted to do a narrative piece where she could work with actors and a crew.

The idea for the story came from her godmother who, on a trip through Death Valley, told her about an idea she’s always had for a story about a blonde in an unsatisfied marriage with a goldfish, living in 1970’s Paris. Says Petrillo, “as soon as I heard that, I could see the whole film.” At this point in the conversation I notice Petrillo’s goldfish earrings so I’m guessing the goldfish made it into her film. It did indeed, she says, and the earrings were a premiere gift from her husband. She tells me the film is about “a lonely and slightly repressed housewife who discovers an unusual way to spice up her afternoon.” I am certainly intrigued! Petrillo has set the story in the present day “in frankly, South Pasadena” she says, “I shot the film in and outside my house. We shot at Kaldi, but that scene didn’t make it in the film. We shot in my friend, Jean Zenas’ bathroom!”

Petrillo says she is overwhelmed and blessed by the way her community stepped in to help make it all happen, from 7J Investments letting her use their parking lot, to Arroyo Vista who lent her tables and chairs to feed the crew, to local artists, Sapna Shah and Dan Lundin who loaned their original art for the set, to four friends who took her kids during the shoot, to the women at Jasleen’s who completely dressed her for her premiere! Petrillo explains that she self financed the film so she had to depend on the kindness of strangers and friends, all of whom came through in so many ways on all fronts. “People lent me their cars, my neighbor’s porch furniture, clothes for the actress, anything you can imagine.”

Tired of movies that are so densely packed with fast action and effects, it is Petrillo’s intention to invite the viewer to slow down and zero in on what is going on behind the eyes of one lonely woman; “because to her, that longing makes up her whole universe.”

The film has now been selected by the Dances with Films festival this coming Tuesday and Petrillo says “nothing would make me happier than to look into the audience and see a bunch of South Pasadena friends; the people who supported me, to have them see it up on the big screen. It’s a really big screen!” Yes, they are selling tickets to this premiere and you can see it Tuesday before it’s off to other festivals and destinations unknown. The screening is at 5pm and Wink is shown in a group of six shorts that last about 90 minutes total. And you get to vote! 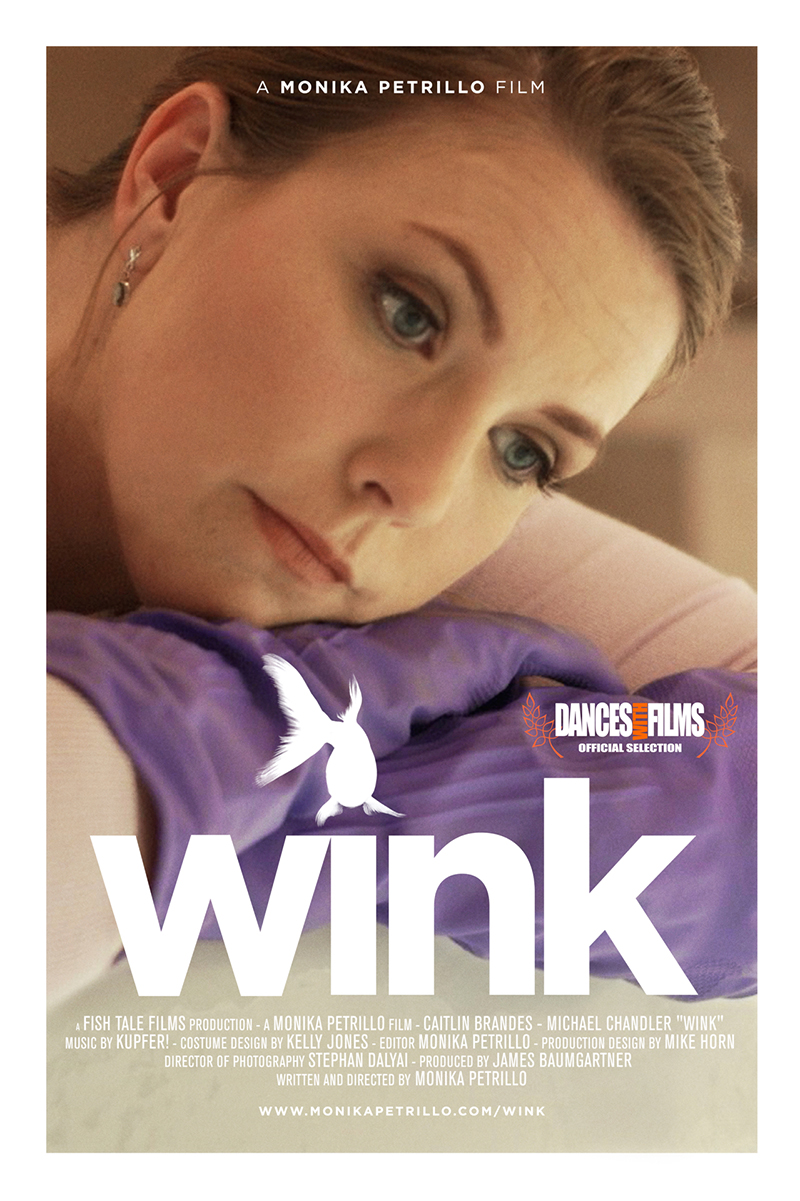