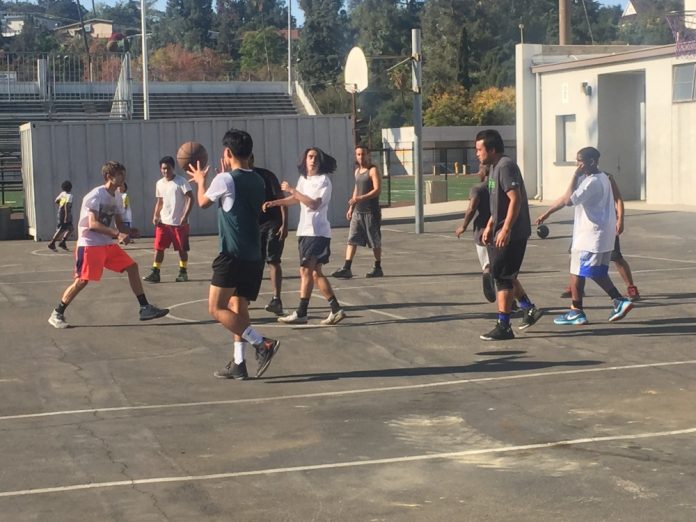 As part of a major modernization effort planned at South Pasadena High, the Board of Education has approved a conceptual layout for making extensive improvements to the athletic facilities on campus.

New locker rooms, tennis courts, exterior basketball courts, visitor bleachers, and a sports medicine building will all be featured as part of the upgrades.

Installation of new LED lighting at Roosevelt Field, used mainly for football and soccer games, “will dramatically reduce the cost of our energy and consumption and provide a far more safer environment on the field for our athletes,” explained South Pasadena Unified School District Superintendent Geoff Yantz.

It might even result in more Tiger touchdowns during the football season, as the south end zone is considerably darker than most fields in the area. “It’s a little difficult to see on that end,” said Yantz, “and it will be remedied. It will be much better.”

He stressed that the new lights will be “brighter and more effective and [the brightness] will not spill out into the community,” he added, mindful of neighborhoods behind the stadium.

The superintendent said it take about three to four months for the plans to be submitted to the Department of Architects in Sacramento and another eight to 12 months for them to be reviewed. “So, it’s going to take some time, but we know it needs to be done to improve the athletic facilities,” he said.

Funding for the project will come from a $98 million bond measure approved by South Pasadena voters.