Republic of Lucha, the official store and art gallery of Lucha Libre Superstars “The Lucha Brothers” Penta Zero Miedo & Rey Fenix has teamed up with the acclaimed documentary film “18TH & GRAND” by Director Stephen DeBro to create an official apparel line celebrating the history of Professional Wrestling at the historic Olympic Auditorium.

The film, which premiered earlier this year at the 2021 Slamdance Film Festival, documents the massive cultural significance of the historic venue. Inaugurated in 1925, the Olympic Auditorium became synonymous with boxing, roller derby and professional wrestling for over 80 years. The filmmakers were given unprecedented access to thousands of archival images and footage to create a document of a key pivotal space in modern American culture.

A key element of the cherished history of the Olympic is its deep rooted relationship with professional wrestling and Lucha Libre. Hosting some of the first ever matches on US soil featuring Mexican superstars, the Olympic is impossible to separate from the history and legacy of Lucha Libre in Southern California. The “home away from home” for many icons of the sport, including El Santo, Mil Mascaras, the Guerreros, Dr Wagner Sr and countless others, pioneering with match ups against legends of professional wrestling like Andre the Giant, Freddie Blassie and Roddy Piper, the Olympic is synonymous with Lucha Libre for thousands of Angelenos and non-locals that witnessed the birth of a culture inside those walls. 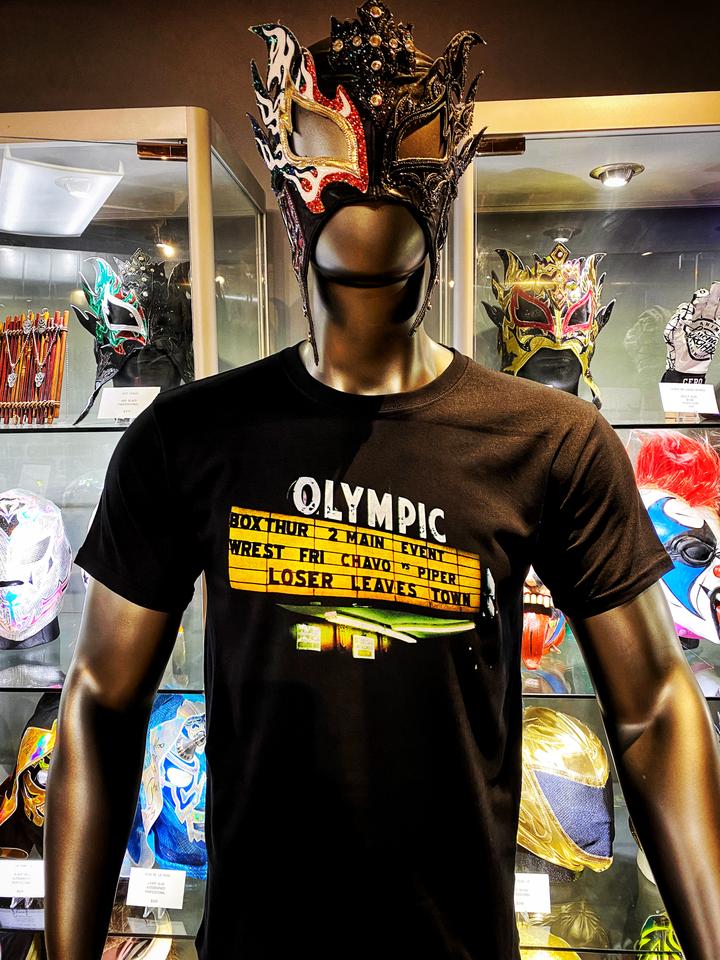 In partnership with the film, Republic of Lucha has created an apparel line featuring iconic and actual imagery from the history of professional wrestling at the Grand Olympic. Digitally restored, these beautiful full-color designs are being released as t-shirts, tote bags and hoodies in celebration of the release of the movie and in loving memory of the Olympic as the heart and soul of professional wrestling in Southern California for over 8 decades.

The entire apparel collection is available for purchase at republicoflucha.com and in-store at their South Pasadena location.