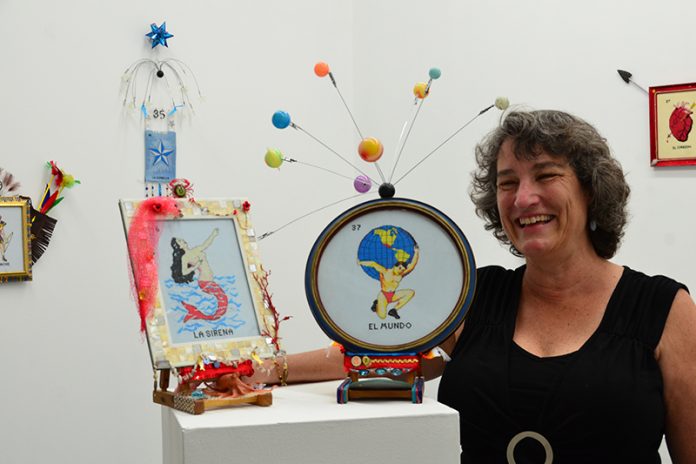 Cynthia Eller never thought of herself as an artist. By day she is an author of books, Professor of Religion at Claremont Graduate University and Editor of the Journal of the American Academy of Religion. But in her other life, she is a maker of things; she would say “handcrafts,” which she’s done most of her life. In college she began knitting because while writing a book could take three years, she could knit a sweater in a week. Eventually her sister tried to convince her to cross stitch, which she resisted, saying it just wasn’t “her,” you know, “too Victorian.” But a train trip across the country was looming and she decided she needed something to do with her hands and by the time she got to New Jersey from California she was hooked. But she still knew that the available patterns were not her speed so she began looking for something that would inspire. The Mexican card game of Loteria came to mind. 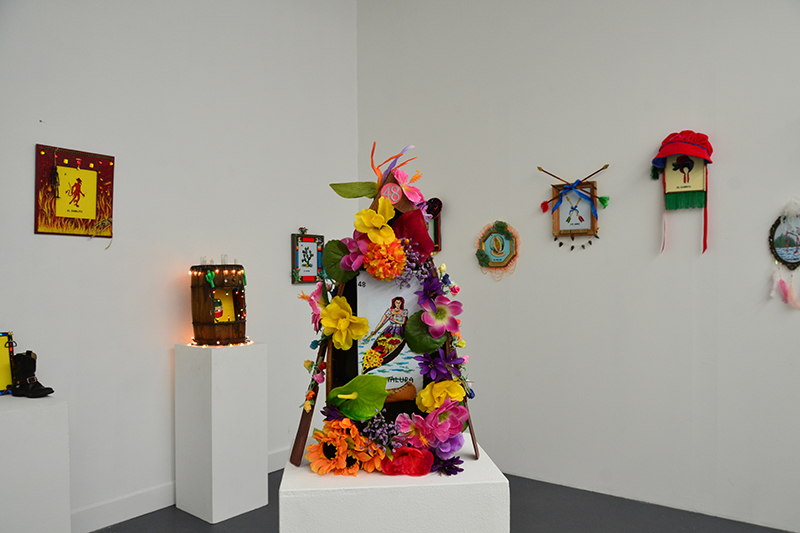 Loteria was something that called back to her childhood spent in Southern California. For those of you not familiar with lotería, it is a game, much like Bingo, that uses images rather than letters and numbers. Some callers, rather than simply saying the name of the image, for example, “La Luna,” will improvise a riddle or use a standard phrase to indicate the card they have drawn. It is played throughout Latin America, but mainly Mexico and in Mexican-American communities in the southwestern United States. The game originated in Italy in the 15th century, but has become iconic to Mexican culture, especially since the creation of the Don Clemente Gallo deck in 1887.

Eller fell in love with the Don Clemente loteria set the first time she laid eyes on it in a small carniceria in San Marcos, California. Having moved to the East Coast in the 80’s, Eller found herself pining for California: the mountains, the palm trees, the ocean, the jacaranda trees, the lantana flowers. But just as much, it was Alta California that she missed: Mexican neighbors, Mexican food, Mexican music; the flavors of her childhood. She says “I never lived anywhere in California where there wasn’t a Mexican family either on the same lot or just a house or two over.”

She started cross stitching the images from the loteria deck in 2010. It made her feel closer to her homeland as she sat with her needle and hoop looking out at the snow in New Jersey. The bright colors, the strong, archetypal images, the compactness of its symbolic language were a vivid evocation of home. She says she “loves the way they capture items from daily life right alongside legendary figures like La Sirena and El Valiente.”

Eller eventually cross stitched all 54 images and then set about framing them, which became an entire art project unto itself. Her husband Jon suggested that each frame needed to be different and with that, she was off to the races, assembling and exploring, allowing the images to guide the exterior. Eller says “mistakes turned out to be fortunate. I used materials until they ran out and then substituted others and frequently gave symmetry a rest and let the images tell me what surroundings they desired.” 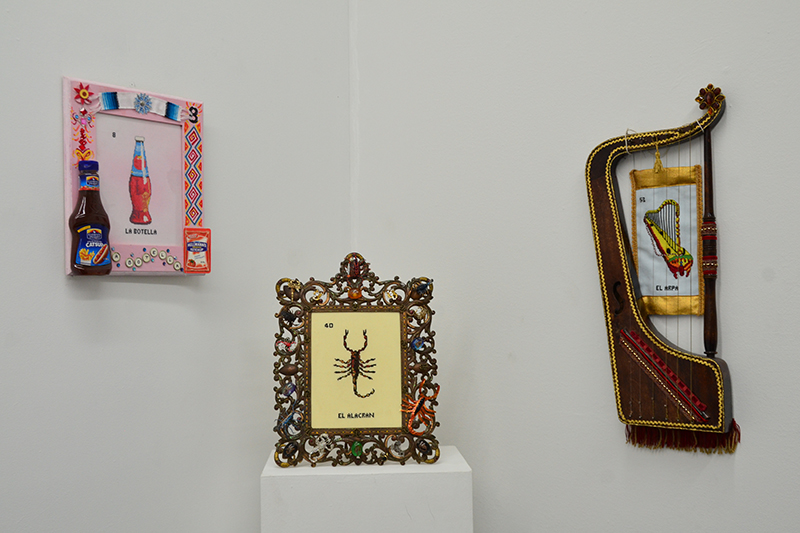 The result of this project that was years in the making was 54 unique pieces that celebrate and expand upon the beauty of these iconic images and found objects. Eller reflectively says she is “truly grateful for all the time I was able to spend with these iconic images. Singly and together, they tell me that everything from a boot to a spider carries its own beauty; that when we open our hearts to the world, we never need to look far to give our eyes something to delight in.”

All 54 pieces will be on display as part of the art exhibit at CGU, where more than 200 Mexican scholars will gather for a series of debates, discussions, and presentations on religion and Mexican society. There is an opening night reception for the exhibit, “Sueños, Milagros, e Ilusiones: Desde el Norte y el Sur,” in Claremont Graduate University’s art gallery Thursday June 1, 5:45-7:30 pm, which is open to the public, and will be on display through June 8 from 10 am – 5 pm. Eller’s art will be alongside artworks by leading Chicano artists and emerging artists Alejandro Rios Perez of Oaxaca and Alvaro Daniel Marquez of Los Angeles. 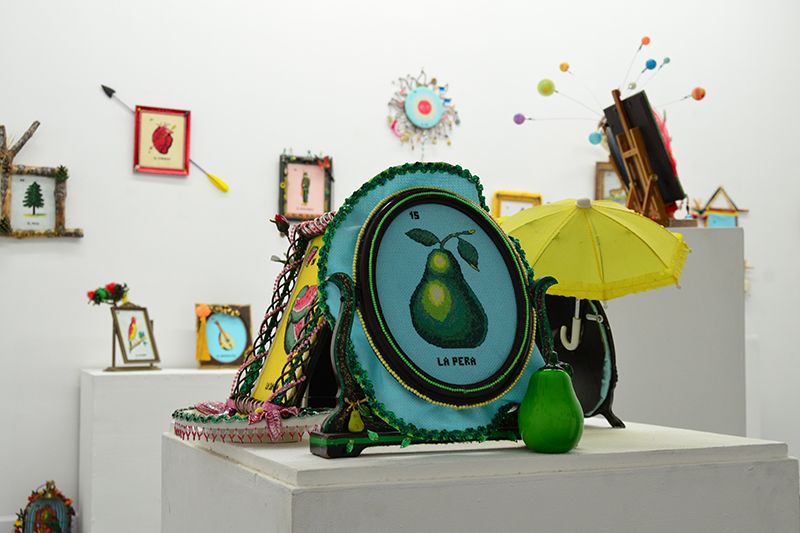