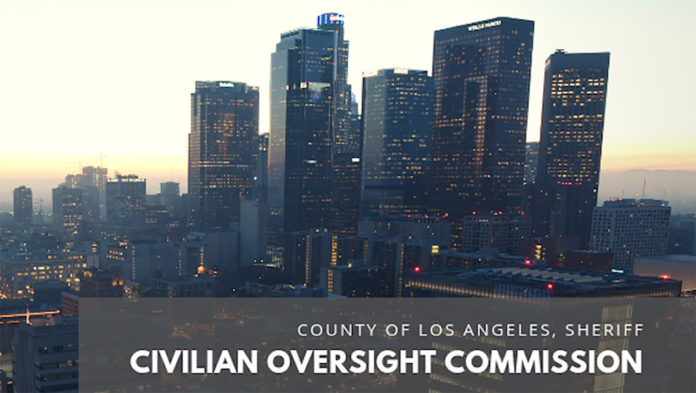 Last month, the Civilian Oversight Commission voted to issue a subpoena to Sheriff Alex Villanueva to appear before last Thursday’s meeting of the Civilian Oversight Commission at 10:00 a.m. In subpoenaing the Sheriff, the Commission sought to have a serious conversation, under oath, with the Sheriff regarding issues that are critical to our community, namely deputy gangs. Once again, the Sheriff has defied a lawfully issued subpoena and unilaterally decided that the law does not apply to him.

The Sheriff touts on every Facebook Live broadcast that he is transparent, however, when he is subpoenaed to appear to discuss matters under his control, he quickly challenges the subpoena in court. Last week, the Sheriff joined the meeting prior to the time he was expected to appear and left during the hour he informed us he would reserve. Circumventing being placed under oath for this imperative conversation by abruptly joining the meeting at a time of his choosing, does not align with his transparency promise. We all must abide by the law, whether one wears a badge or not.

For decades, the community has been saddled with the issue of deputy gangs – lives have been lost and the County has paid millions of L.A. County residents’ tax dollars in settlements because this issue has not been adequately addressed. It is time for this to stop. Whether the Sheriff believes deputy gangs exist or not, the public is demanding answers. And, the Commission has a responsibility to seek honest answers that will help drive effective change and eliminate rogue groups of deputies from the ranks.

As a Commission, we intend to do our job and will continue to ask the critical questions that need to be asked. If this requires us to continue to subpoena the Sheriff, we will do so. But, it is our hope that the Sheriff will join us in this effort to make the Los Angeles County Sheriff’s Department a shining example of what law enforcement should be. See you next month on Thursday, November 18, Sheriff.