The audience at Theatre 360 was indeed in the room where it happened this weekend; a dose of honest to goodness theatre magic in the form of a 42nd Street moment where something goes wrong, all seems lost and then, something special happens.

A little backstory;  Peter and the Starcatcher was deep in rehearsals with a talented youth cast that includes a few local favorites like Fintan Swift as Peter and Anders Keith as Black Stache. Keith, who is in the middle of auditioning for a dozen prestigious theatre schools around the country, gets a final callback to none other than Juilliard. On the first weekend of the show. All seemed lost as artistic director, Devon Yates, searched high and low for a replacement and in stepped longtime supporter of Theatre 360, emmy award-winning actress Jane Kaczmarek.

Rehearsals went into high gear as Keith and the cast worked Kaczmarek in and from all accounts, it was a tremendous experience for all of them. For the young students, it certainly upped their game to work with a Yale trained, seasoned professional but Kaczmarek, too, couldn’t say enough about what a fantastic time she was having.

The story serves as a prequel to Peter Pan where we find out the origins of many of the characters from Wendy’s mother, the lost boys, Hook, Smee, Nana, Tinkerbell and of course Peter. We find out how he got his name, where he came from and how he meets Hook and even how Hook becomes Hook! The play is full of adventure and hilarious reveals.

The entire cast is incredibly talented and completely committed. The tale is told in whimsical fashion as if a ragtag group of actors have come together to act out this tale using whatever props they can find; the style is bare bones which actually lends itself to the magic.

And then there was Kaczmarek, having a ball as Stache, the meanest, scariest, prone to malapropisms pirate on the high seas! She was incredibly charismatic and just fall down funny. This is a true comedienne, folks, and those of us lucky enough to be in the house this weekend were treated to a tour de force comedic performance.

At the curtain call, a tearful Kaczmarkek thanked everyone, especially her fellow actors saying, “there is nothing better than being in a play and acting with these kids is the best…honestly, this is the greatest experience of my life.”

And now, it’s time for the return of Anders Keith as he takes on the role of the dreaded pirate Black Stache this weekend for four performances. Don’t miss your chance to see this terrific show that is full of lovely storytelling, lots of laughs and a touch of starstuff. 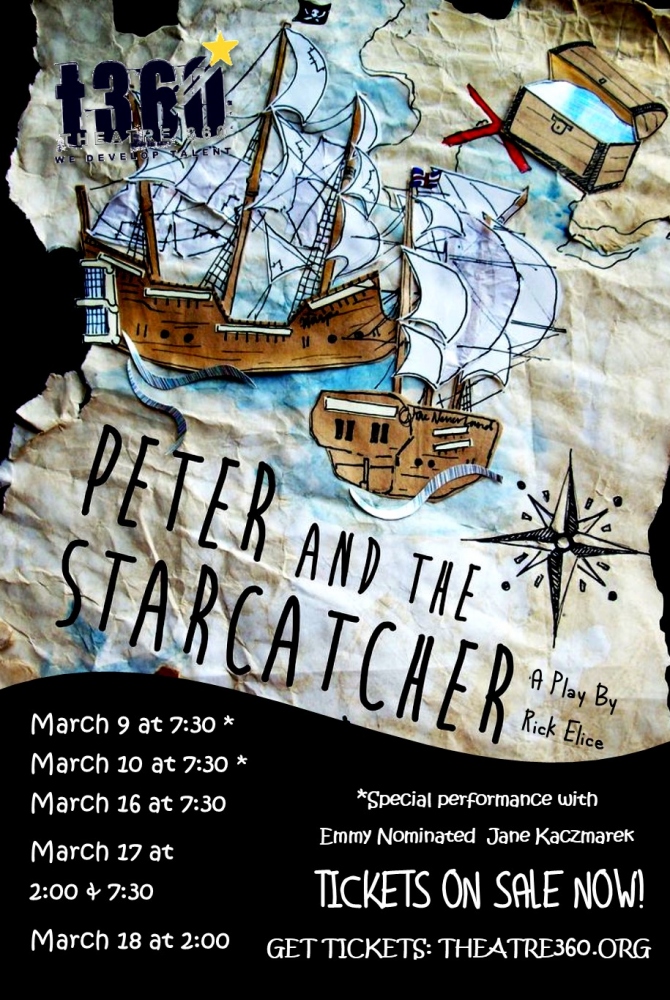