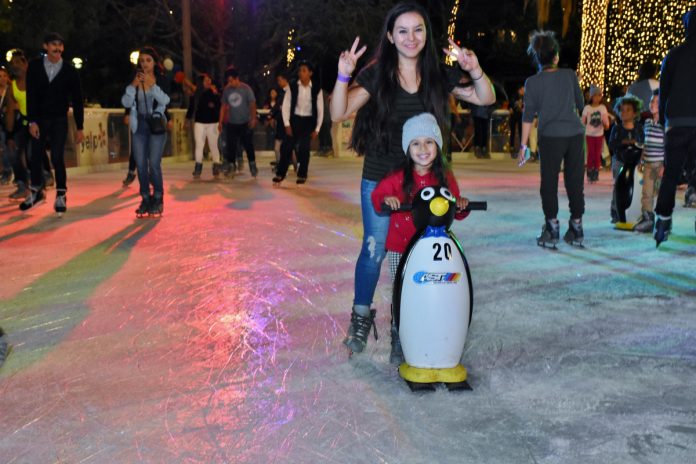 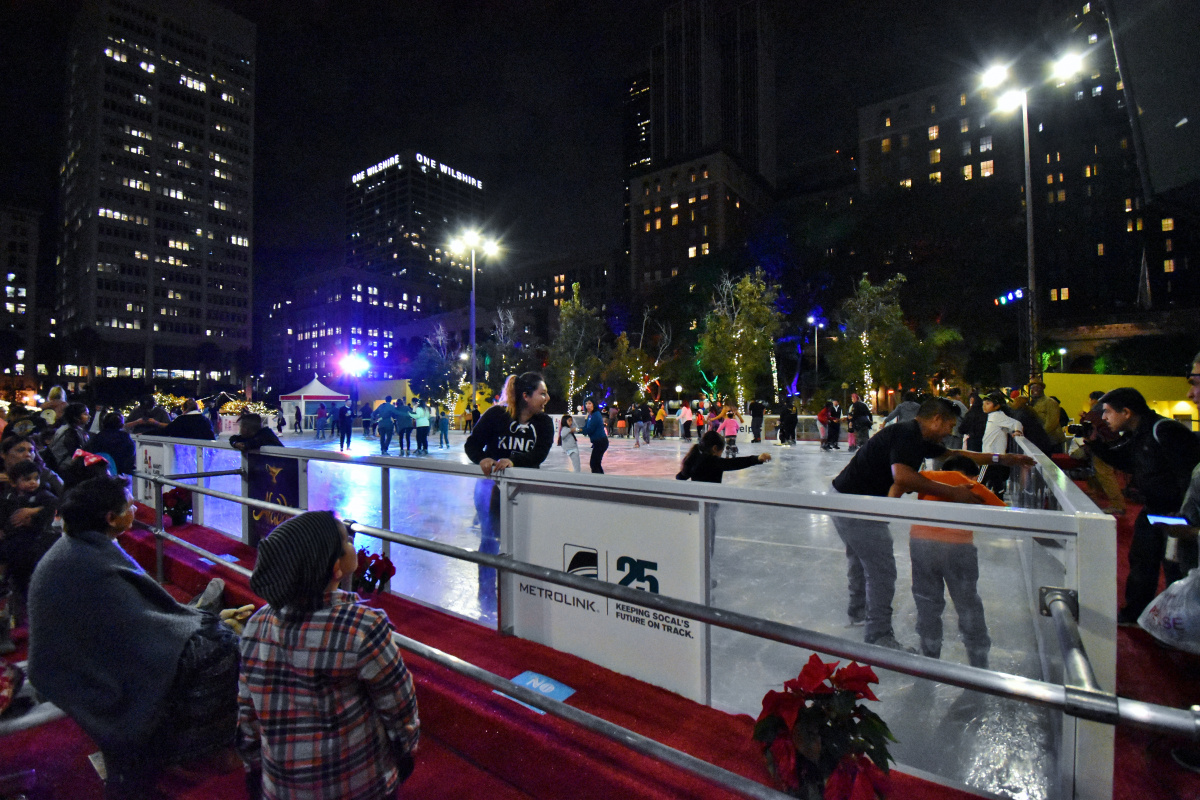 Every Tuesday throughout the ice rink season will be dedicated to FROZEN and named Let It Go Tuesdays. Ice rink lights will be predominantly blue and every third song played will be from the FROZEN Original Broadway Cast Recording during the 7pm, 8:30pm and 10pm (if applicable) sessions.

From the producers of The Lion King and Aladdin, FROZEN, the Tony®-nominated Best Musical, will celebrate its North American tour opening at the Hollywood Pantages Theatre, December 4, 2019 through February 2, 2020. 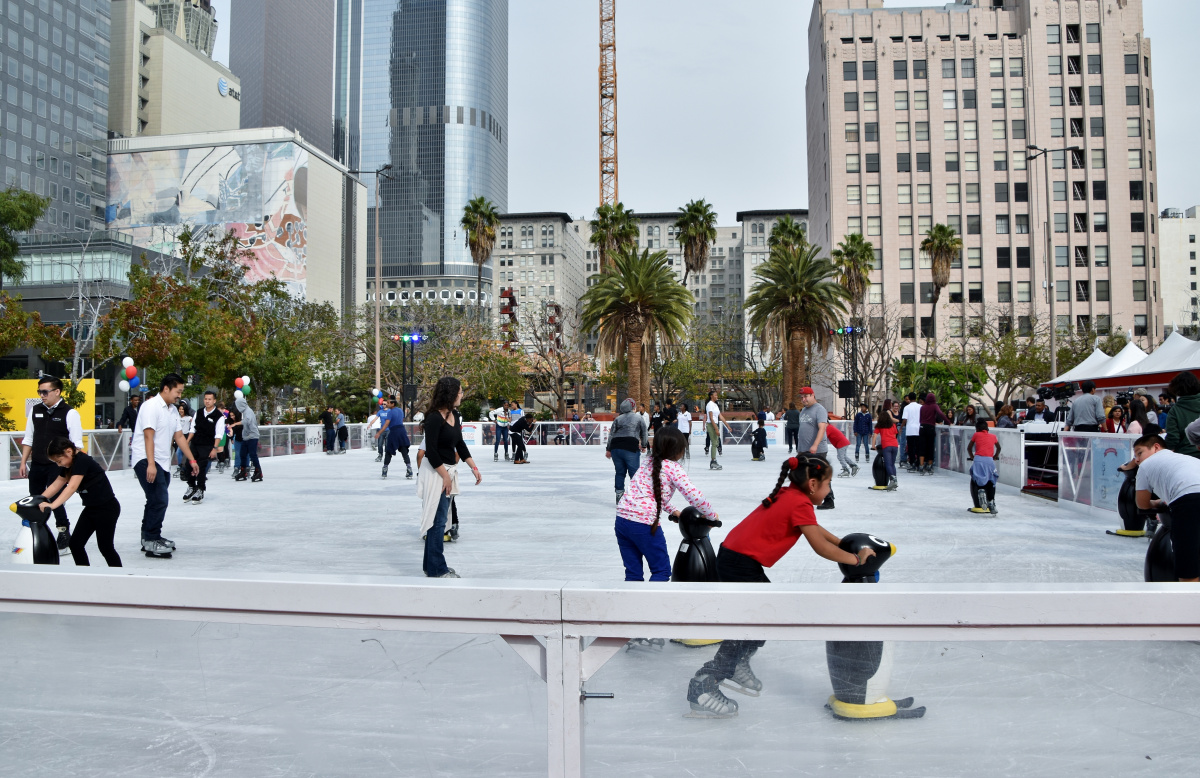 Heralded by The New Yorker as “thrilling” and “genuinely moving,” FROZEN is melting hearts on Broadway in an all-new production created for the stage by an award-winning team. It features the songs you know and love from the original Oscar-winning film, plus an expanded score with a dozen new numbers by the film’s songwriters, Oscar winner Kristen Anderson-Lopez and EGOT winner Robert Lopez. Joining them on a creative team that has won a cumulative 16 Tony Awards are Oscar winner Jennifer Lee (book), Tony and Olivier Award winner Michael Grandage (director), and Tony winner Rob Ashford (choreographer). 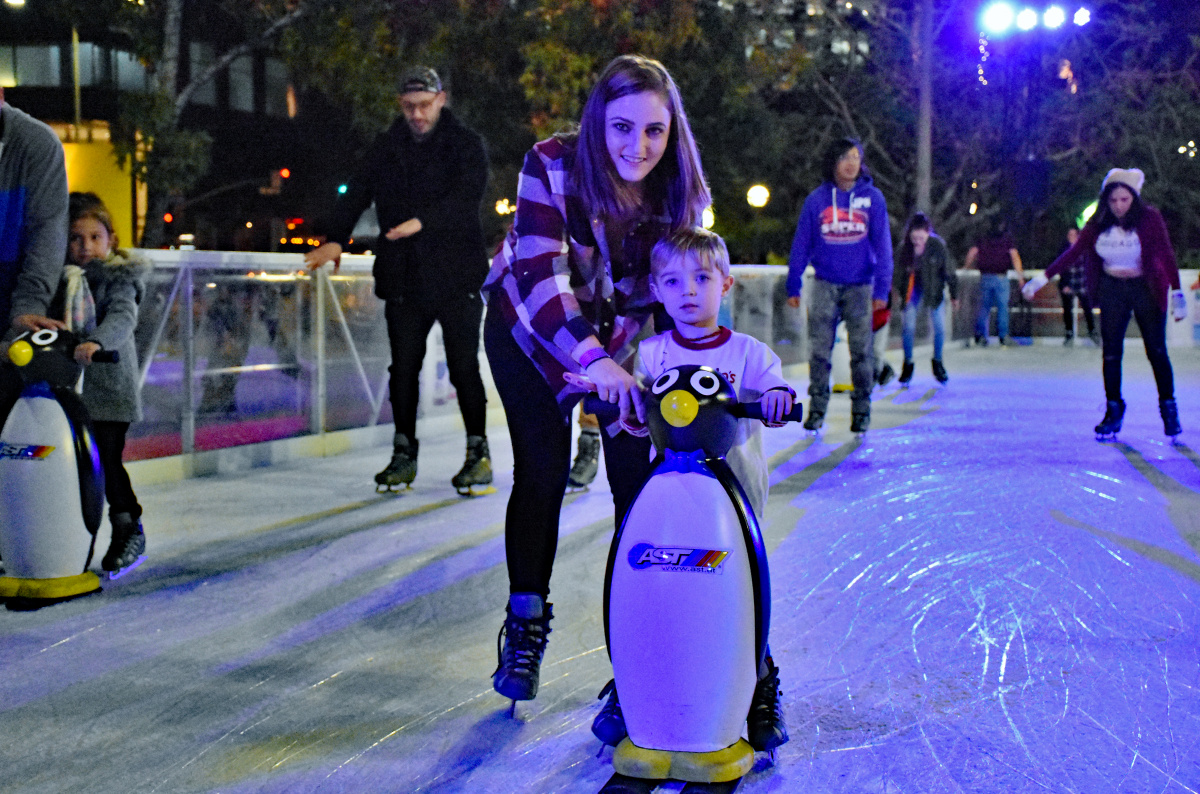 There will also be free Winter Music Concerts in the Park Wednesdays and Fridays in December (excluding Christmas week), and a Winter Holiday Festival on Saturday and Sunday, December 7 and 8.

“Whether you are a Los Angeles resident or simply visiting for the holiday season, The Bai Holiday Ice Rink Pershing Square is an absolute must when it comes to embracing winter in Los Angeles,” says Willy Bietak, president of Willy Bietak Productions. “This season especially, skaters and spectators can expect a ton of memorable events to share with their families and friends.”

Located at 532 South Olive Street, the landmark destination is easily accessible by car, bus or Metro (Pershing Square stop). General admission to the rink is $9; skate rental is $5; locker rental is $3; and skate helpers are $6.  Special group rates offered Monday through Thursday. Tickets can be bought at the ice rink ticket window or in advance online at https://www.holidayicerinkdowntownla.com/.

A partnership with Metro and Metrolink gives riders a $1 skating session discount. 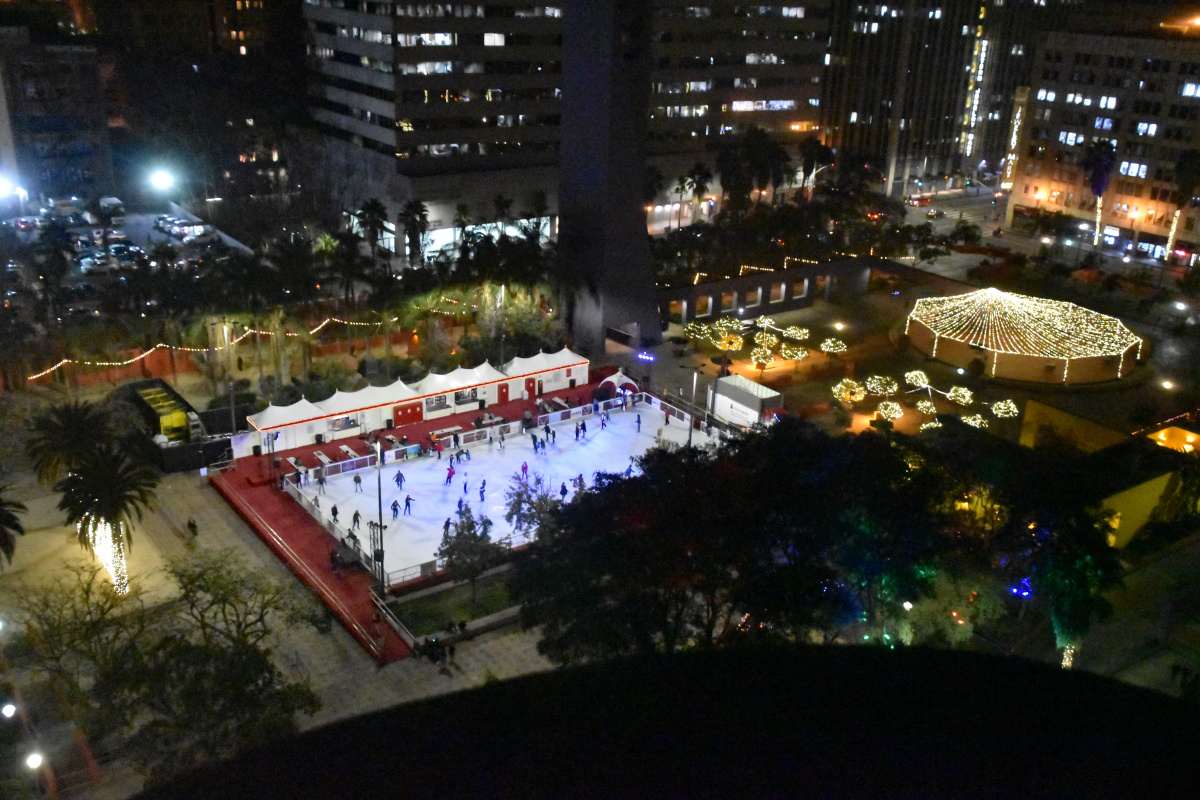 Reach us on Social Media