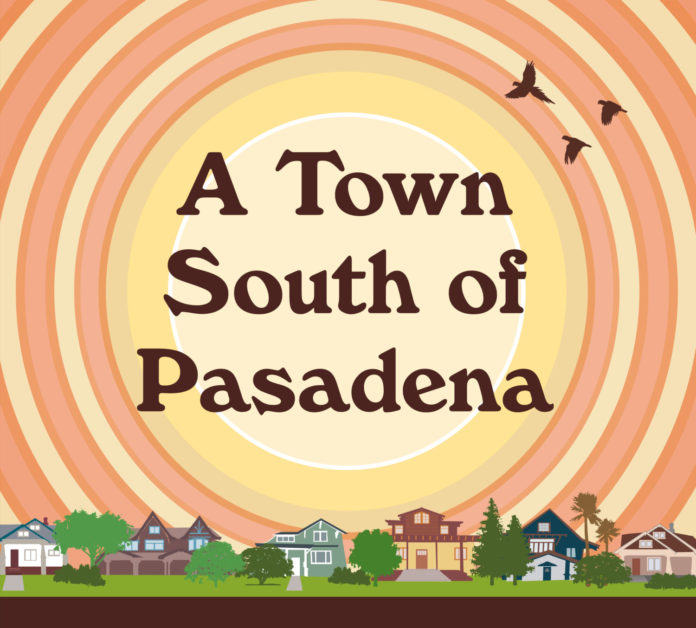 Local Wine & Song long time regulars Pat Quinn and Ed Tree have co-produced an album comprised of local artists, many of whom have appeared on South Pasadena stages including Wine & Song. Featured artists include the co-producers, Quinn and Tree, along with other South Pas favorites Brad Colerick, Dave Plenn, Powdercoat, and Chauncey Bowers.

The album was released during the recent Eclectic Music Festival at SOPA Studios where several of the featured artists played to an enthusiastic crowd.

Their next appearance will be at Jeweled Universe at 1017 Mission Street on June 11th. Doors open at 6:30pm and music starts at 7pm. $20 includes your very own CD of “A Town South of Pasadena”! 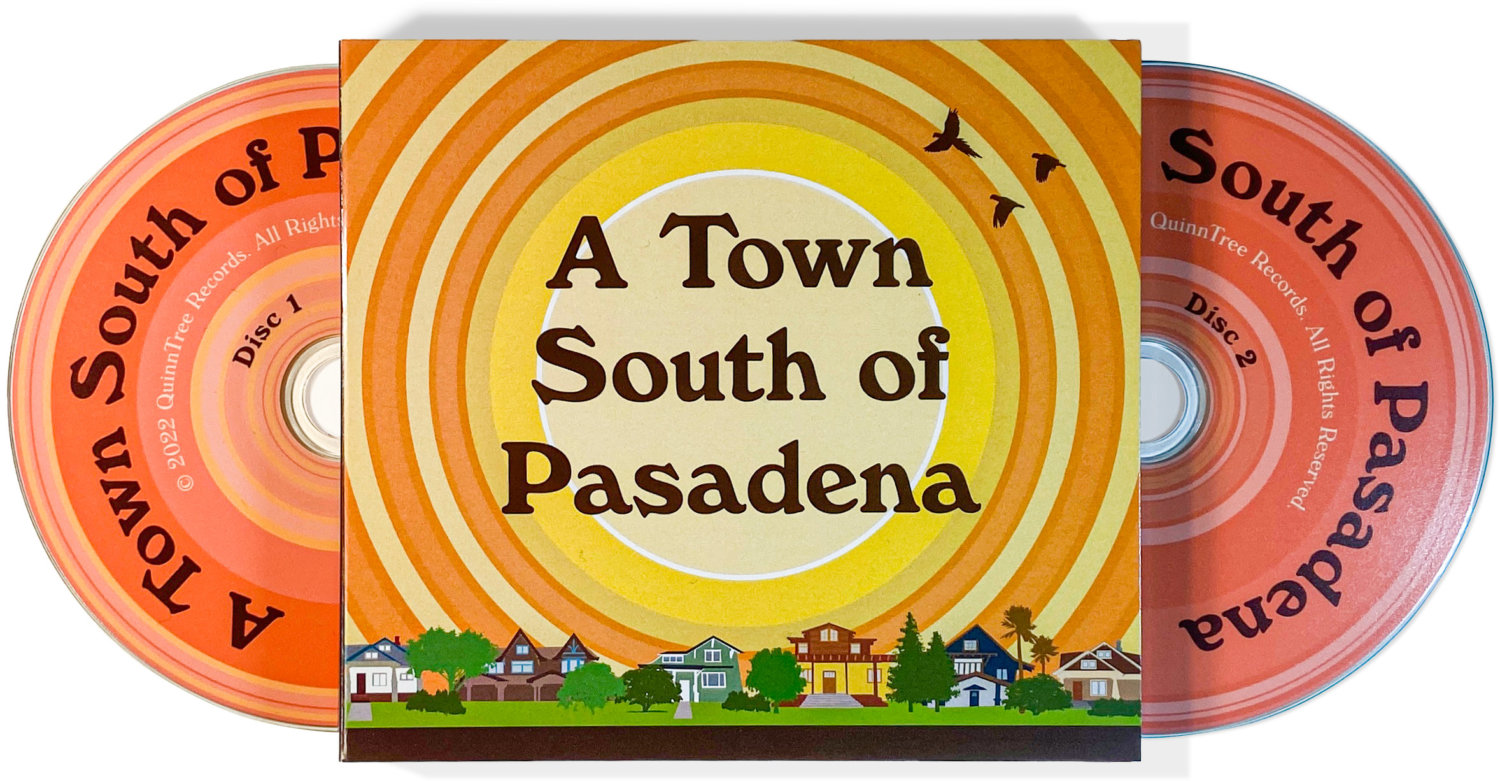 Bliss Bowen, a freelance writer, editor and singer/songwriter who covers the arts for KCET and Pasadena Weekly, and is also featured on the album herself, had this to say, “Southern California has long been a land of vibrant creativity, and “A Town South of Pasadena” strives to shine light on the musical contributions of South Pasadena and the San Gabriel Valley. Its title cheekily salutes “A Town South of Bakersfield”, which celebrated musicians in the late-1980s alt-country scene at the San Fernando Valley’s legendary Palomino club. ATSOP similarly honors the depth and diversity of the countryfolk and roots artists in and around South Pasadena and the uncommonly attentive community they’ve fostered. The compilation is the brainchild of Pat Quinn, who first mentioned it to co-producer Ed Tree at a party with a bunch of musicians in South Pas. It’s about this fellowship of people where everybody knows and supports each other.”

Of the project finally being out in the world, co-producer Ed Tree tells us, “I feel a great deal of pride in the South Pasadena creative music community. There is such a sense of fellowship and support between the performers and the local audience. It’s great to have a tangible representation of this eclectic bunch of artists with the release of the A Town South of Pasadena CD.” 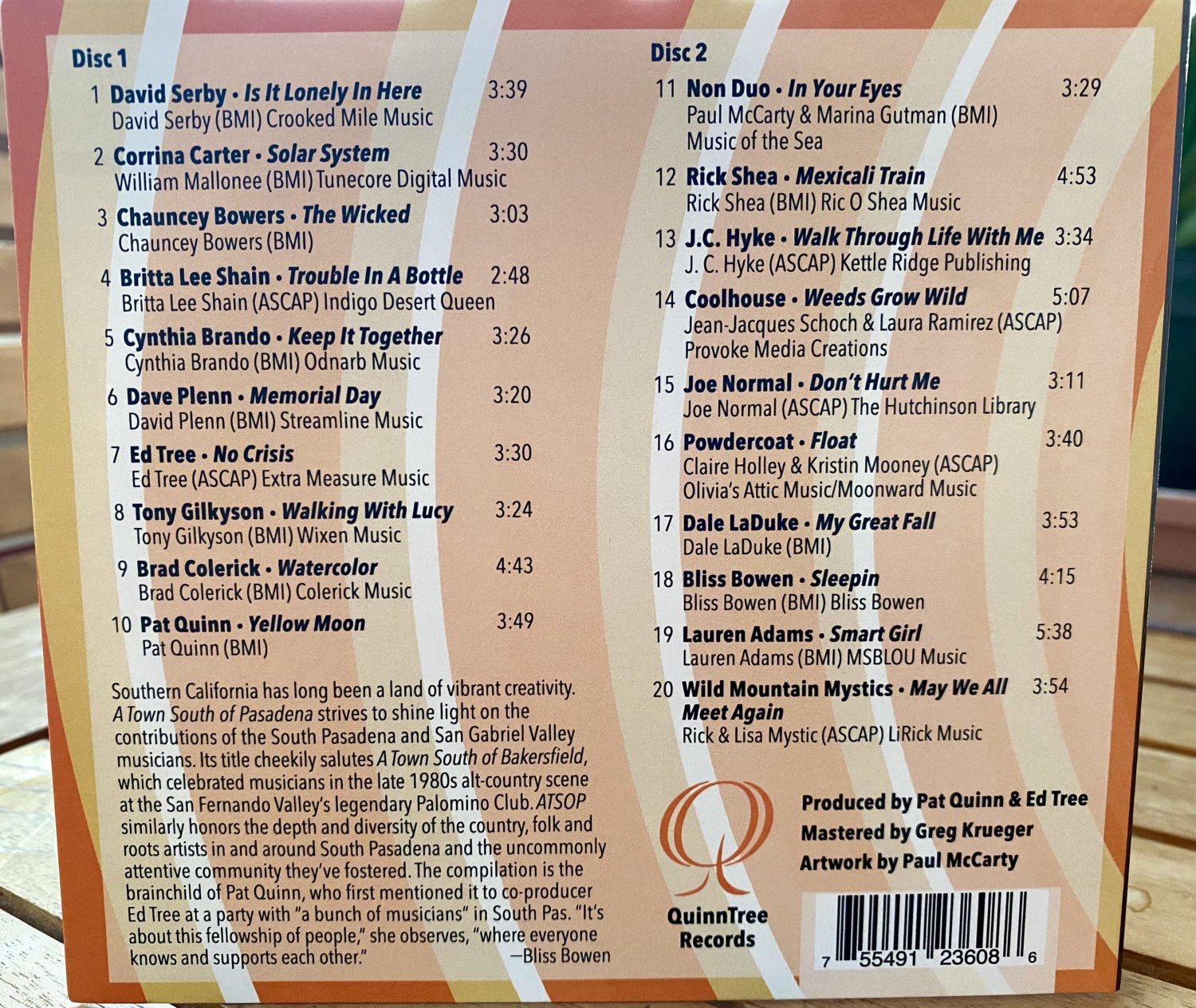