Work on the Arroyo Seco Pedestrian and Bicycle Trail is completed and an official grand opening has been set for later this month. 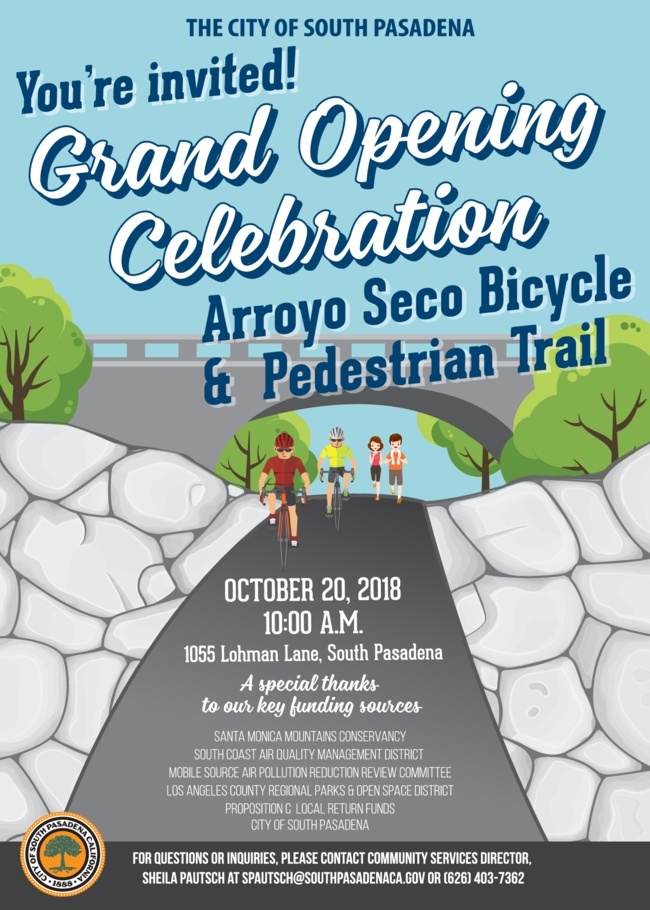 South Pasadena City Manager Stephanie DeWolfe announced during Wednesday’s City Council meeting the long-awaited debut of the path will take place on October 20 at 10 a.m. in Arroyo Park. The public is invited.

The South Pasadena City council wanted to open the trail back in February before concerns of safety prompted new measures. A new net covering over the portion of the trail running outside the Arroyo Seco Golf Course driving range has been installed. “We discovered that there were golf balls flying over the net more that we anticipated,” explained South Pasadena City Manager Stephanie DeWolfe earlier this year, expressing concern they may fall on the heads of those using the new trail.

The path runs nearly three quarters of a mile in Arroyo Park, starting at the edge of the Arroyo Seco Racquet Center, past a portion of Arroyo Seco three-par golf course, including its driving range, toward the Los Angeles border.

A combination of funding sources paid for the trail with grant funds being the main contributor.