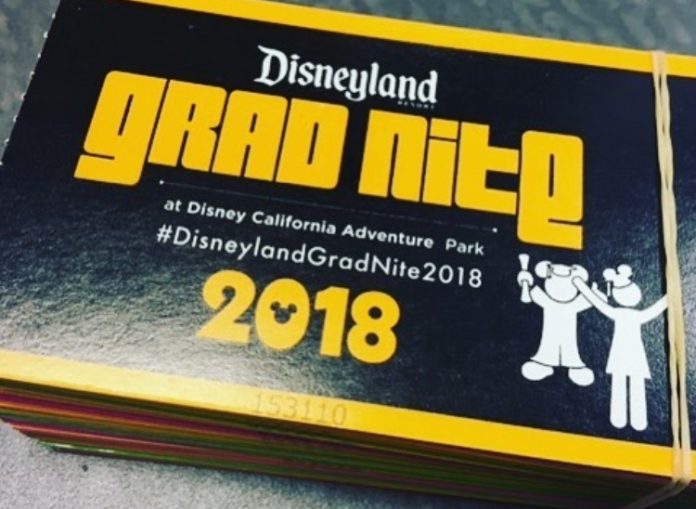 On Tuesday June 5, 2018 at approximately 5:50pm, 372 South Pasadena High School seniors moved their grad cap tassels to the left indicating that they were officially graduates! They then sang the alma mater and funneled down to the baseball field to the strains of ELO’s Mr. Blue Sky, jumping for joy and hugging friends and teachers on the way. They spent the next 40 minutes posing for photos with their families and any classmates they could find with expressions running the gamut of accomplishment, pure joy and disbelief.

Seniors then left the field to head directly over to South Pasadena Middle School, no doubt nostalgic for most of them, to check in for grad nite, where they received a sandwich, drink and chips before boarding the buses. All of this was arranged by the 2018 parent grad nite committee working closely with the seniors and sponsored by the PTSA.

Seniors were able to choose to be on buses with their friends and from all accounts, the ride to Disney’s California Adventure was a boisterous and joyful one. With their high school careers behind them and nothing but fun, summer days ahead, the seniors gleefully ran into California Adventure where they were greeted by fireworks and a park exclusively reserved for grads only. No kids, no families; just hundreds of 18 year olds having the time of their lives.

Seniors report that it felt like a huge private party and say there were virtually no lines to get on all the rides, allowing them to jump from one ride to the next and fully experiencing the entire park in five hours. There were DJs and dancing in every area, fun photo ops with Disney characters and everywhere they went, they ran into fellow Tigers. At one point, every single person who boarded the Guardians of The Galaxy ride was an SPHS Tiger so the attendant kindly snapped a photo for them. Tiger Pride!

What is clear, according to the Class of 2018, is that going to Disney’s Grad Nite is worth it! In every way imaginable. The class wishes to thank the members of the G17 committee from the previous year, who set it all in motion once they realized they had missed Disney’s deadline for 2017. Given the long history of rumors, myths and misinformation, it took a village to make it happen. Enter Mickee Collins, head of the 2018 grad nite committee, who, along with Julie Pearson and a committee of parents, took the reins and ran with them; ensuring SPHS got a reservation, securing funds from PTSA, working on insurance, reserving buses, selling the tickets and making sure a myriad things happened when they were supposed to happen to bring about an unforgettable night for these seniors.

Says Mickee Collins, “I couldn’t be more proud of our students, parents and Chaperones and how they represented South Pasadena that night.” With a goal of getting at least half of the class to attend, they reached their goal plus 57. From the ease of the check-in process ( a huge thanks to Wendy Kerfoot, Katie Clark, Vance Sanders, Lynn & Dean Serwin, Darlene Kuwahara, Chris Holmes & Loic Rocca) to the smooth coordination of boarding the buses for the return home, Collins says, “the night was one for the memory books.”

Collins went on to say, “It’s bittersweet for me because I won’t be returning in the fall. I’ll miss it, that’s for sure, but I’m happy to know the urban legend that had SPHS “banned” from Disneyland was simply not true.”

South Pasadena High School Class of 2018 thanks the intrepid committee, the PTSA, and their families for a fantastic night that they will never forget. 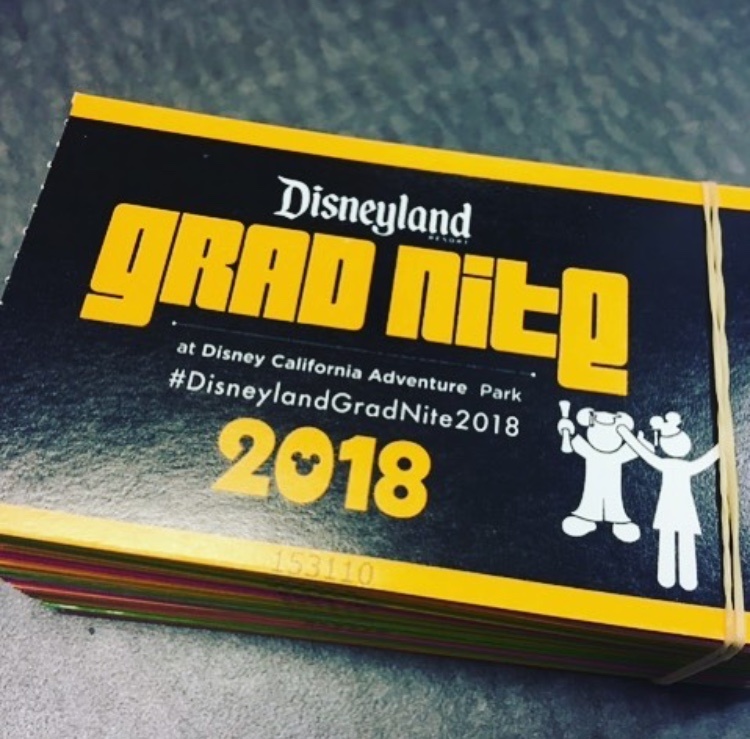