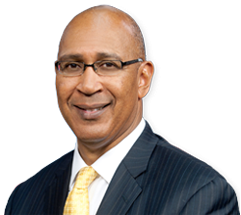 “Governor Brown has made a smart choice pulling from the talent in the 41st Assembly District,” said Assemblymember Chris Holden. “Each of these individuals have extensive experience that will enable them to be effective in these important positions. Having served on the Pasadena City Council with William Crowfoot, I can personally attest to his qualifications.”

William Crowfoot has served as an Assistant U.S. Attorney in the U.S. Attorney’s Office, Central District of California since 2003. He was a member of the Pasadena City Council from 1993 to 2001 and a senior associate at Paul Hastings LLP from 1997 to 2001, where he was an associate and of counsel from 1987 to 1995. Crowfoot was a bilingual education teacher at Blair High School from 1995 to 1997 and an attorney at the Inter-American Development Bank from 1981 to 1987.

Jean M. Nelson has been a partner at Scheper Kim and Harris LLP since 2008. She served as an Assistant U.S. Attorney at the U.S. Attorney’s Office, Central District of California from 1995 to 2006 and was an associate at McCutchen, Doyle, Brown and Enersen LLP from 1992 to 1995. She served as a law clerk to the Honorable Laughlin E. Waters at the U.S. District Court, Central District of California from 1990 to 1992.