Famed NBA photographer Andrew Bernstein, recipient of this year’s Naismith Memorial Basketball Hall of Fame Curt Gowdy Media Award, will be among the group of distinguished honorees who will be recognized for their achievements in the arts during the South Pasadena Arts Council’s festive “1st Annual SPARCtacular Benefit gARTen pARTy,” Saturday, September 22, from 3 to 6 p.m., at the estate of hosts Bill and Mary Urquhart.

The SPARCtacular Award, designed by metal sculptor Robert Burgert (Kiser Originals) and given to individuals who “Ignite Creativity and Illuminate the Arts,” will be presented to Bernstein, South Pasadena’s Poet Laureate, Ron Koertge; actor James Reynolds, winner of the 2018 Daytime Emmy for Outstanding Lead Actor in a Drama Series; and Laurie Wheeler, CEO and President of the South Pasadena Chamber of Commerce.

Bernstein, a San Marino resident who works out of his studio, Andrew D. Bernstein Associates Photography, Inc., on Mission Street in South Pasadena, is a world-renowned sports photographer whose vivid images have been seen in galleries and across print and digital platforms. Over his 36 years in the field, he has become official photographer for the Los Angeles Lakers, Clippers, Sparks, Dodgers, and Kings, among others; and director of photography for the STAPLES Center and Microsoft Theater.

He is also a founding partner of Legends Of Sport—paying tribute to notable athletes, teams, moments, venues and sports personalities—and host of the “Legends Of Sport with Andrew D. Bernstein” podcast. His collaboration with NBA great Kobe Bryant, “The Mamba Mentality: How I Play,” a book of Bernstein’s photography spanning Bryant’s 20-year career, will be published October 23 by Farrar Straus & Giroux.

Bernstein’s interest in documentary photography and photojournalism was kindled at the University of Massachusetts at Amherst. He received a National Endowment for the Arts Fellowship and a scholarship to ArtCenter College of Design in Pasadena where he earned a BFA in Photography, and where he has taught sports photography.

“Basketball is beautiful, and truly a performance art,” Bernstein noted. And it is fast. The challenge for a photographer, Bernstein said, is to “capture the peak action and important moments that happen in the blink of an eye,” requiring preparation, knowledge of individual players and game situations, anticipating what will happen, tuning out all the distractions, and, he added, “a little bit of luck.”

Bernstein is the first NBA photographer to receive the Curt Gowdy Media Award, which has traditionally been awarded to a writer. (The only other recipient in the field of photography is Rich Clarkson, a veteran NCAA photographer.) Bernstein hopes that his recognition will open the print category “to other deserving photographers, videographers and cinematographers whose imagery has contributed to the history of basketball. I will actively advocate for that to happen,” he said. A member of the South Pasadena Arts Council executive board since 2017, Bernstein said he is “very grateful,” too, to be receiving SPARC’s award for his professional achievements and long-time arts advocacy.

“I have always been an advocate for the arts, especially in the communities I’ve lived and worked in,” he said. “Thank you to everyone at SPARC who thought I deserved to be recognized with this prestigious award.”

“The 1st Annual SPARCtacular Benefit gARTen pARTy, will also feature a guest performance by Grammy Award-winning Billy Vera and other entertainment, as well as arts-themed activities, silent and live auctions, a raffle, a special cocktail and mocktail designed for the event by Griffin’s of Kinsale, and food provided on-site by Crossings Restaurant. Proceeds will help support SPARC’s cultural programs and activities in the community.

Tickets are $50 per person or $90 per couple and may be purchased at https://www.sopasartscouncil.org/events/sparc-benefit-garten-party 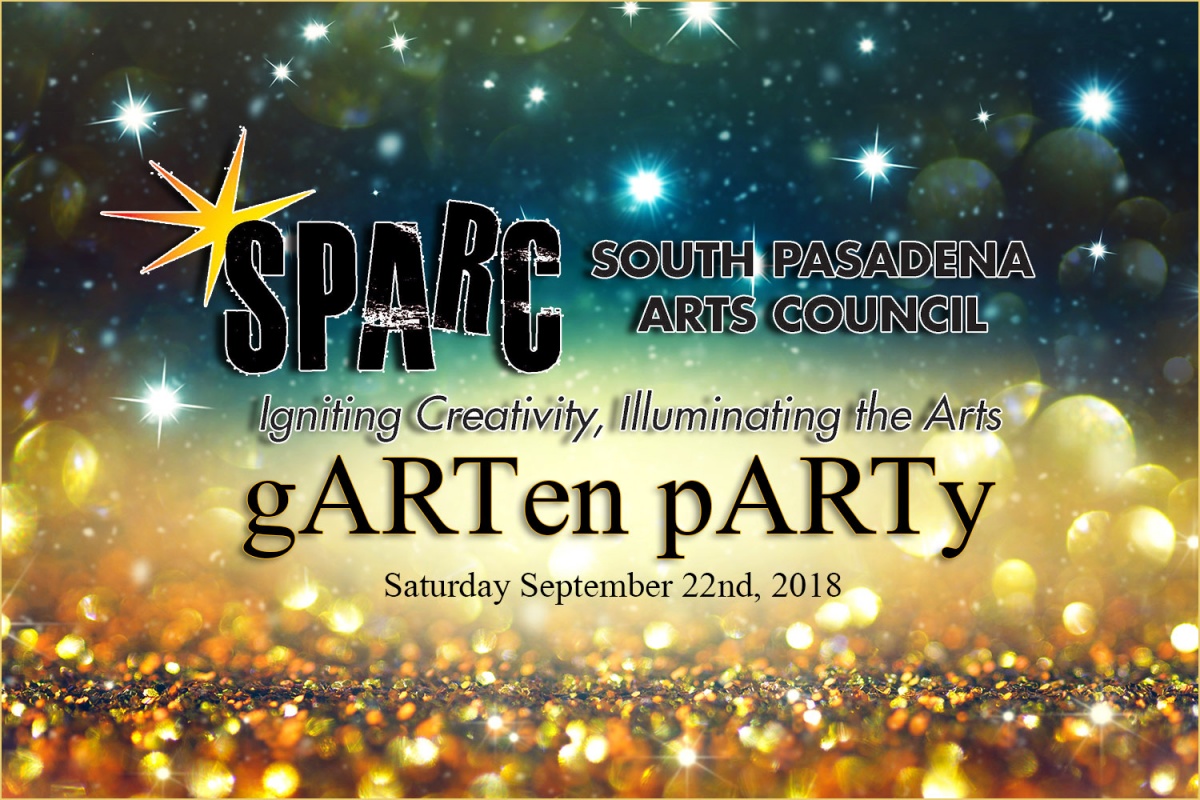