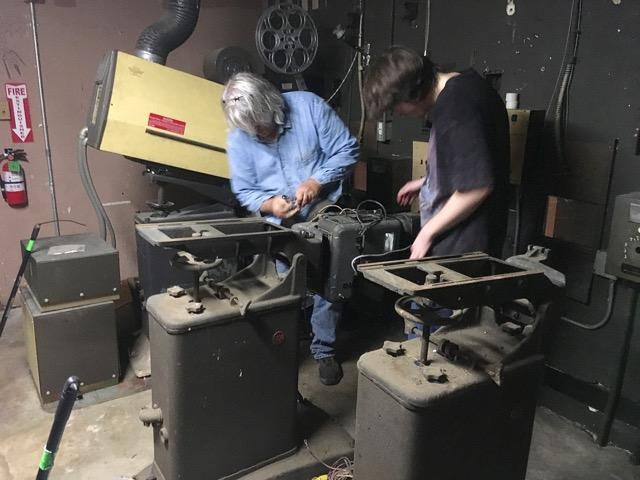 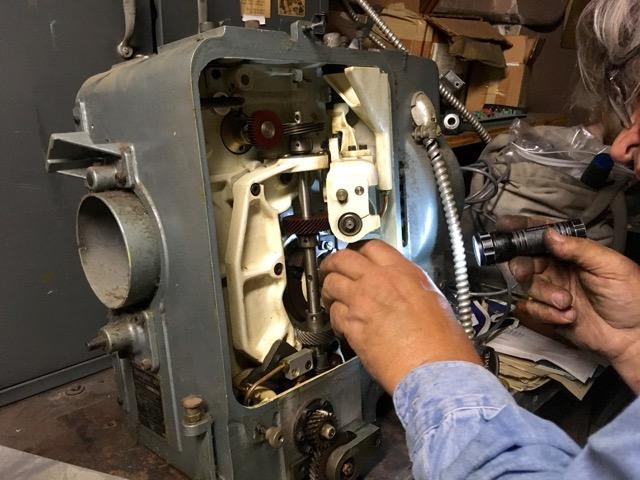 A little history; when the Rialto opened it had two 35mm projectors and used to show shorts and features by switching back and forth. In the 1980s one of the projectors was removed and a “platter system” was installed in the projection booth. This allowed the projectionist to splice a feature film and all of the trailers and shorts onto one large reel, or “platter”. These Platter systems are no longer used because the studios do not want their films cut and spliced every time they are rented, so to screen 35mm again they need 2 working projectors, that are electronically connected with a “Changover” system. Over a series of late night work sessions, they have found some original equipment stored in the Rialto’s dressing rooms, hauled these heavy pieces up to the projection booth, and are carefully restoring them. 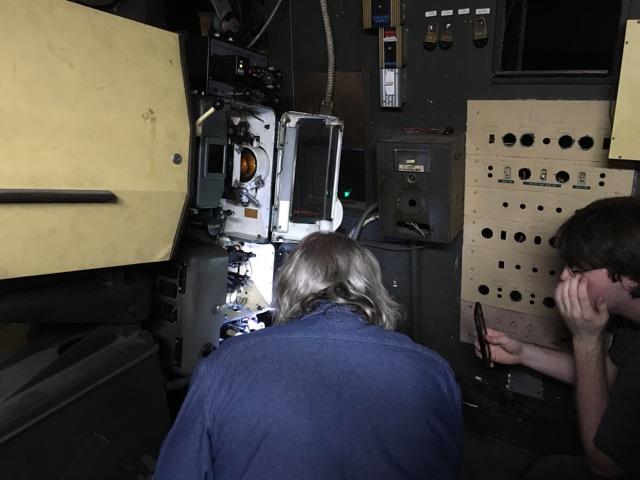 In December 2017 a milestone was reached; both projectors are now running smoothly! There is still a lot of work to do including installing a new “cinema sound” system behind the screen, running new speaker cables from projection booth to stage, and restoring the lamp housing on the 2nd projector. These photos show one of the projector lamps working for the first time in probably 10 years! It was very exciting!

Escott Norton of Friends of the Rialto tells us, “we will keep you informed about our progress, and hope to schedule a 35mm movie screening soon!” Stay tuned for more on this story as it unfolds. 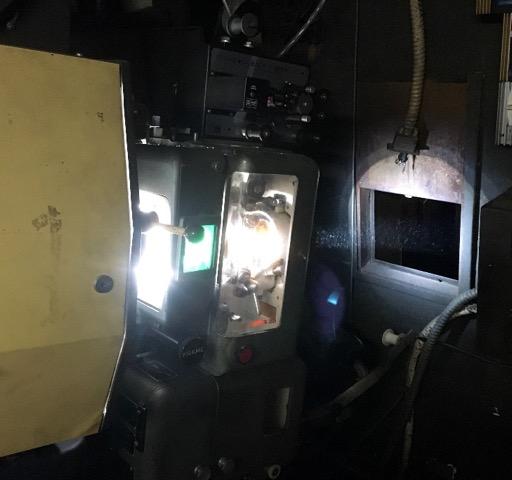 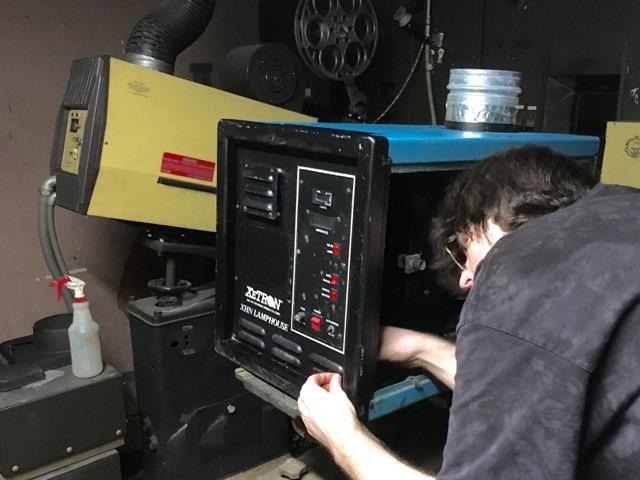