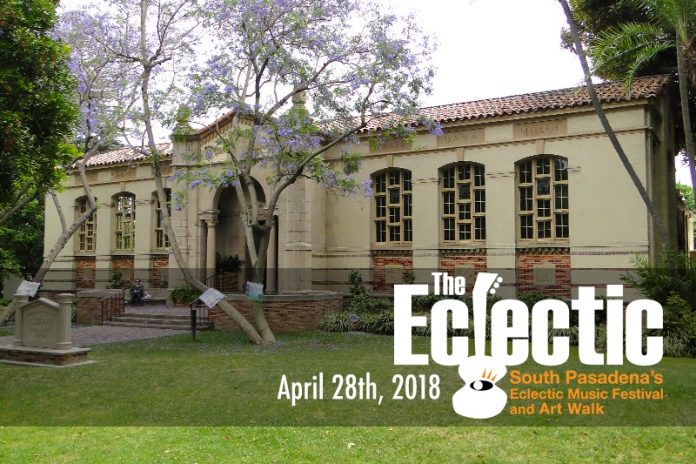 This year the Carnegie Stage in the Library Community Room will host five free musical performances as part of the Eclectic Music Festival. The 10th Annual Fest will present a variety of indoor and outdoor concert venues in downtown South Pasadena on Saturday, April 28. Jazz, Rock, New Age, and Folk will be just a few of the popular musical styles featured at the Library. For the first time, a children’s musician will take the Library Carnegie Stage during the EMF when nationally-known Dave Kinnoin, a South Pasadena resident, plays for kids, their family members, and the rest of the audience.

The Library Carnegie Stage lineup is as follows: 3 pm—4 pm –Calvin Joe and the Jazz Roots Experience; 4:15 pm- 5 pm—Dave Kinnoin; 5:15 pm– 6:15 pm—John York Plays Dylan; 6:30 pm—7:30 pm –David Plenn & Band; 8 pm—9 pm–Darlene Koldenhoven & Ensemble. Calvin Joe and David Plenn are also South Pasadena residents whose bands have wowed EMF audiences in the past. John York is a former member of the Byrds and the Sir Douglas Quintet who has previously headlined the Library Carnegie Stage Concert. Darlene Koldenhoven is a GRAMMY-winning soprano soloist with her own band of superb musicians. Darlene has also sung in the studio or performed live with dozens of the most famous names in music. She is probably most well-known for her stunning appearance on the “Yanni Live at the Acropolis” video that has been shown on almost every PBS station in the U.S. and is the biggest selling music DVD in history. Darlene’s solo albums typically race to the top of the New Age/World Music charts as soon as they are released.