Congressman, and friend to South Pasadena, Adam Schiff was in town for a private gathering and fundraiser where he was the keynote speaker at the home of Joe and Ellen Daigle. Schiff is currently a ranking member on the House Permanent Select Committee on Intelligence that’s leading the Russia probe. Schiff spoke on a myriad of topics including thoughts on Jason Chaffetz, who is currently chair on the committee, for abdicating his responsibility in the investigation and thus stalling it. Schiff has been one of the loudest voices in congress criticizing Donald Trump, in his own reserved and succinct style.

Indivisible’s David Beadle was at the event, and felt that Schiff’s speech was a call to action on the local level saying “Schiff was very honest about not knowing how things were going to play out in the near future, because everything is so unpredictable, and the normal workings of our federal government have been undermined by lies and obfuscations of truth.”

Long time South Pasadena resident Shelley Stephens says she attended the event because she didn’t want to miss the opportunity to shake Representative Schiff’s hand and tell him personally how much she appreciates the excellent work he is doing on our behalf in Washington D.C. She went on to say, “Rep. Schiff inspires hope and confidence during these trying times because he is so thoughtful, so well-informed, so articulate, and so calm and professional. I also like his broad vision, cogent insights, and global perspective.” 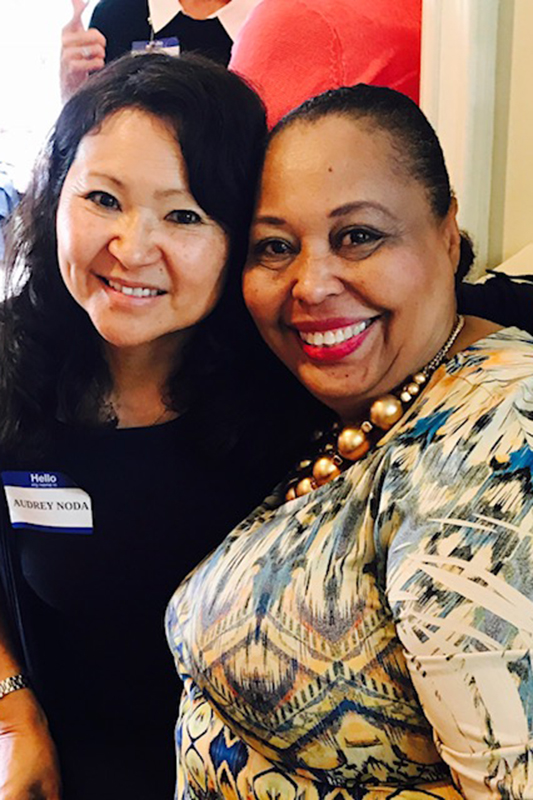 The crowd was welcomed by Mark Beck and opening remarks were made by South Pasadena Mayor Michael Cacciotti. Also in attendance, making brief remarks were Congresswoman Diane Watson and State Senator Anthony Portantino.