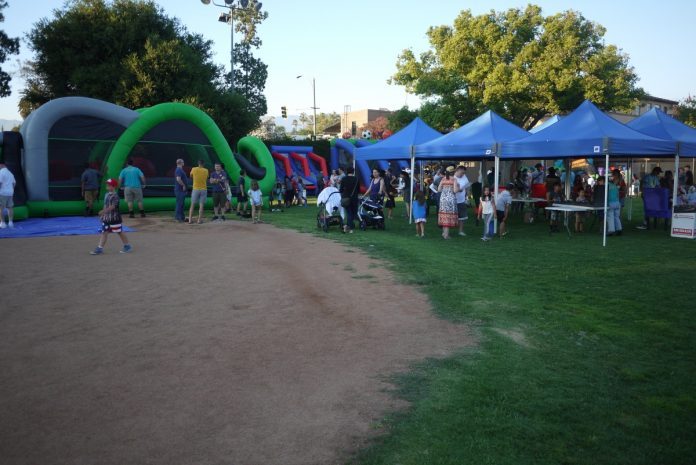 Orange Grove Park was the scene of South Pasadena city services engaging with the community for National Night Out on August 7.

Early in the event there were hundreds of South Pasadenans enjoying everything at the park from an elaborate bounce house, to food trucks, to free giveaways at the booths to the ever popular portable rock wall.

National Night Out is an annual community-building campaign that promotes police-community partnerships and encourages neighborhood camaraderie leading to safer communities.

Judging by the turnout, this year’s edition of the National Night Out was a resounding success. South Pasadena city services have proved once again that they are willing to go the extra mile to engage and serve the City of South Pasadena.