It was smokin’ at the Blue Guitar at Arroyo Seco Golf Club last night as friends and fans from 91030 and beyond gathered to celebrate the completion of Brad Colerick’s latest album entitled Nine Ten Thirty. It is a love letter to the people, sights and sounds of South Pasadena, utilizing the immense local talent we have right here in town and recorded at his DeepMix studio just behind the iconic Rialto Theatre.

The official release date is April 28 which will dovetail with the Eclectic Music Festival which Colerick was instrumental in creating and serves as musical director. “I wanted to showcase the great talent I’m surrounded by living here in South Pasadena” he says, “this town is quite a hotbed of really creative people.”

That creativity was on full display last night as incredibly talented musicians took to the stage to help Colerick celebrate, many of whom are familiar faces on the Wine & Song stage that takes place every Wednesday at the Arroyo hotspot. The audience was treated to impromptu performances from favorites like Chauncey Bowers, The Tall Men, Gary Stockdale, Marty Axelrod, Michael McNevin, and Corrina Carter.

The main event of course was Colerick with his band off the CD including David Plenn on electric guitar, Tim Fleming on steel guitar and dobro, and Guillermo Guzman on bass (Guzman also co-produced the album). It was emotional, raw and beautiful. At his core, Colerick is a storyteller and each song weaves together personal moments and stories into a gorgeous tapestry of life that is universal. I found myself laughing along with everyone else in the room as we recognized ourselves and the quirky bits of South Pasadena that have found their way into his lyrics and in the next moment a runaway tear starts rolling down my cheek. I’m not crying, you are!

The title cut has slices of 91030 life like our love/hate relationship with our wild parrots and Colerick tells the crowd to listen for the sounds of the all too familiar Athens truck! Maybe not everyone hears that one daily, but I, for one, get that one all too clearly. But ultimately, the album is a loving homage to what he calls “this town, this Normal Rockwell town.”

The closing track on the album is a Colerick arrangement of Route 66 and with that in mind, he invited Glen Duncan to speak halfway through the evening on the famed Mother Road and his book Images of America: Route 66 in California.

Throughout the music one finds, if you live here, the simple beauty of our everyday lives from the bubble man at Garfield Park, ostriches, dinosaurs, and 710 freeway fights to those wild, red-crowned amazon parrots that perch high in our palm and oak trees.

And a cornucopia of South Pasadenans worked on the album which, as mentioned, was all recorded right here in South Pas, including David Plenn, Tim Fleming, Dave Tull, Luke Halpin, Sally Dworsky, and producer Guillermo. Also featured on the album are Grammy award-winning pianist, Billy Childs, as well as Billy’s son Aaron Childs who makes a cameo on “Millard Stream”. 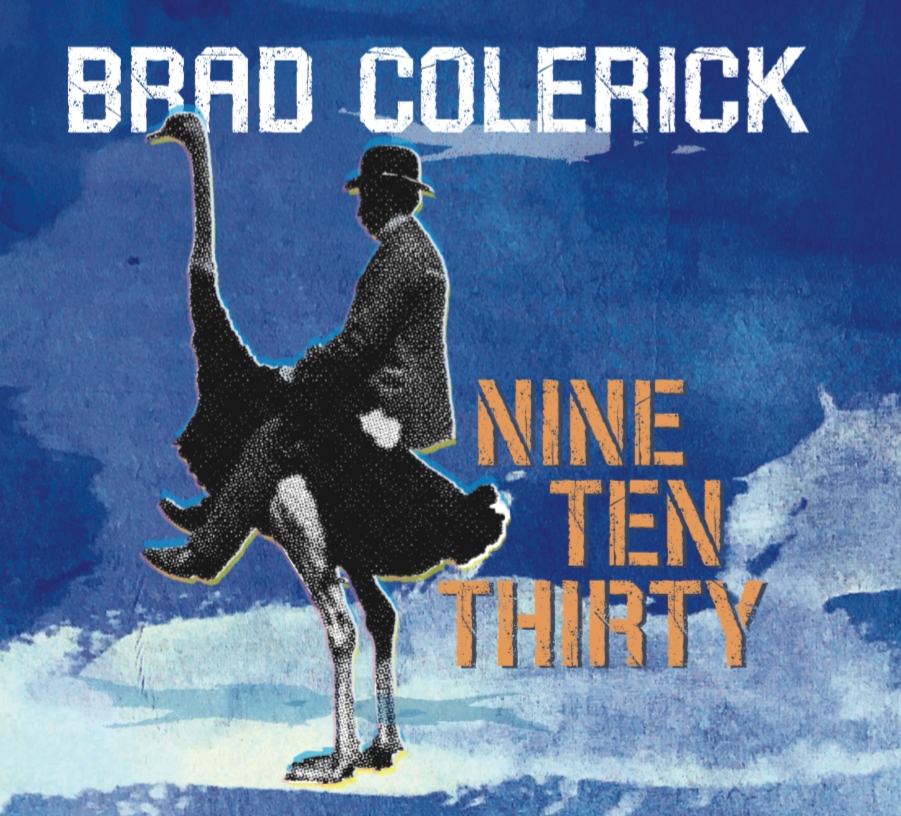 Stay tuned for more information on the official CD release party which will take place at McCabe’s Guitar Shop in Santa Monica on Sunday April 22. There’s going to be a party bus departing from South Pasadena!

Thank you to Brad Colerick for bringing such great music and musicians to and through our town on a weekly basis down at the Blue Guitar.