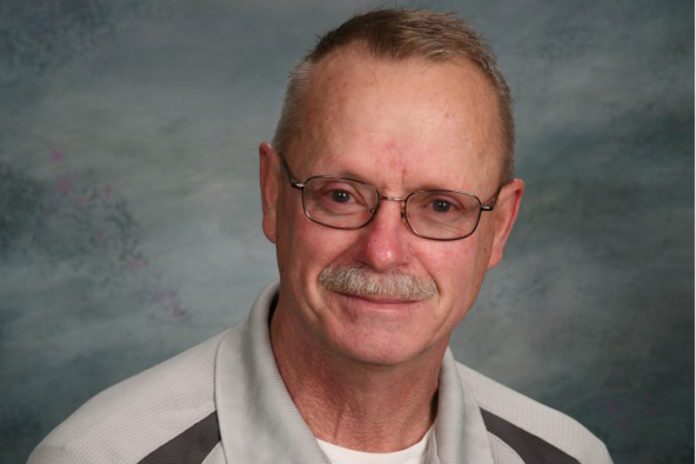 The sad news spread quickly across campus after current students were made aware of his passing during their first period classes. Last minute adjustments were made to the Farewell Assembly that was to take place later that morning as students struggled for a way to express their deep appreciation of Mr. Asher and the hole he leaves in the SPHS and South Pasadena community.

When the assembly began, Charlotte Emerson, Commissioner of Assemblies spoke poignantly of Mr. Asher saying, “his bright smile and contagious spirit were not only impactful for our students but also for our teachers. And the essence of Mr. Asher is up-lifting.” She went on to speak of his deep love for musical theatre, his early years as a singer and his passion for the arts. He wrote numerous original musicals that Emerson says he would often share with his students. It wasn’t uncommon to hear an “Asher original coming from his classroom.” But most of all, Emerson said, “he was a deeply loving and caring mentor.” Incoming Commissioner of Assemblies, Anders Keith went on to say, “given Mr. Asher’s love for performance, we know he would want us to have the show go on today and so today, we would like to dedicate the 2017 Farewell Assembly to Mr. James Asher.”

Along with the usual spirited performances, the students who planned musical numbers changed things around to reflect their feelings. Jio and Tei Park sang a spare version of the Beatles “In My Life” and a group including Grace Privett Medoza, Courteny Musman, Van Bactista, Sofia Gerodiez and Cindy Tsai sang an uplifting version of Bruno Mars “You Can Count on Me.” Before performing “Nostalgia” Cynthia Warren and Xander Zooi expressed their personal experiences, with Zooi recounting how supportive Mr. Asher was of his music and how he now regretted having never played for him and Warren saying “Mr. Asher always took the time to talk to me and I know I will be influenced by him for the rest of my life.”

Lead singer of The Frozen Gummies, Lorie Meza, explained the band decided to change their song to one of their original pieces that talks about leaving high school and the regrets we have. She said, “his love of music is what led us to choose to do this song. Mr. Asher was kind, patient, and always willing to listen to what we had to say. He was as passionate to teach us as he was to learn from us. You could really tell he loved his job, and genuinely cared about each one of us.”

The teachers of course were equally moved as many could be seen wiping away tears throughout the assembly. Principal Janet Anderson released a statement that read in part, “it is with much sadness that we share information about the passing of our beloved teacher, faculty member, colleague, coach and friend. For seventeen years, we were honored to work alongside Jim in his role as a high school English teacher and department chair.”

Senior Ellie Kutzer was quoted as saying, “the lesson I take away from him is the importance of being positive to everyone at all times, because you never know what’s going to happen. He taught us that in the ultimate way.”

In speaking with alumni, it is obvious that Mr. Asher was one of those special teachers whose influence can never quite be measured. He was loved and considered a dear friend and mentor by all the students whose lives he touched and admired by all of the staff and administration who worked side by side with him for seventeen years. A man who truly leaves a lasting legacy behind at SPHS and in our community.

This story will be updated as more information becomes available.