This is the seventh film from Films.Dance, a groundbreaking new global film series produced by and under the creative direction of Jacob Jonas The Company and in partnership with Somewhere Magazine. Streaming now at TheWallis.org, TheSoraya.org or on the films.dance Facebook and Instagram pages. New Films premiere for free each Monday through May.

“Christa McAuliffe’s Eyes Were Blue” follows Bernard and Steven Gentry, twins who have lived starkly different lives. One is plagued by racism because of his dark skin while the other passes as white. Steven spent his childhood trying to fit in and is now a successful attorney. Bernard was a star student who dreamt of space, but his current prospects are about as dismal as the Challenger Space Shuttle that once inspired him. Moving between their 80s New York City childhood and a Minnesota courthouse in 2006, “Christa McAuliffe’s Eyes Were Blue” is a haunting meditation on race and privilege in America.

An aging monarch resolves to divide his kingdom among his three daughters, with consequences he little expects. His reason shattered in the storm of violent emotion that ensues, with his very life hanging in the balance, Lear loses everything that has defined him as a king – and thereby discovers the essence of his own humanity. Directed by Antoni Cimolino, “King Lear” is one of five Shakespeare plays captured at North America’s leading classical theatre company which will be presented on CTG’s Digital Stage.

MetOpera.org offers Puccini’s “TOSCA” on Sunday March 14, available for 25 hours. Sir David McVicar’s bold, new staging of Tosca, Puccini’s operatic thriller of Napolionic Rome, thrilled Met audiences when it rang in the New Year in 2018. In this performance, Bulgarian soprano Sonya Yoncheva is the passionate title diva, opposite the charismatic tenor Vittorio Grigolo as her lover, the idealistic painter Mario Cavaradossi. Baritone Zeljko Lucic is the meancing Baron Scarpia, the evil chief of police who employs brutal tactics to ensnare both criminals and sexual conquests. On the podium, Emmanuel Villaume conducts the electrifying score, which features some of Puccini’s most memorable melodies. 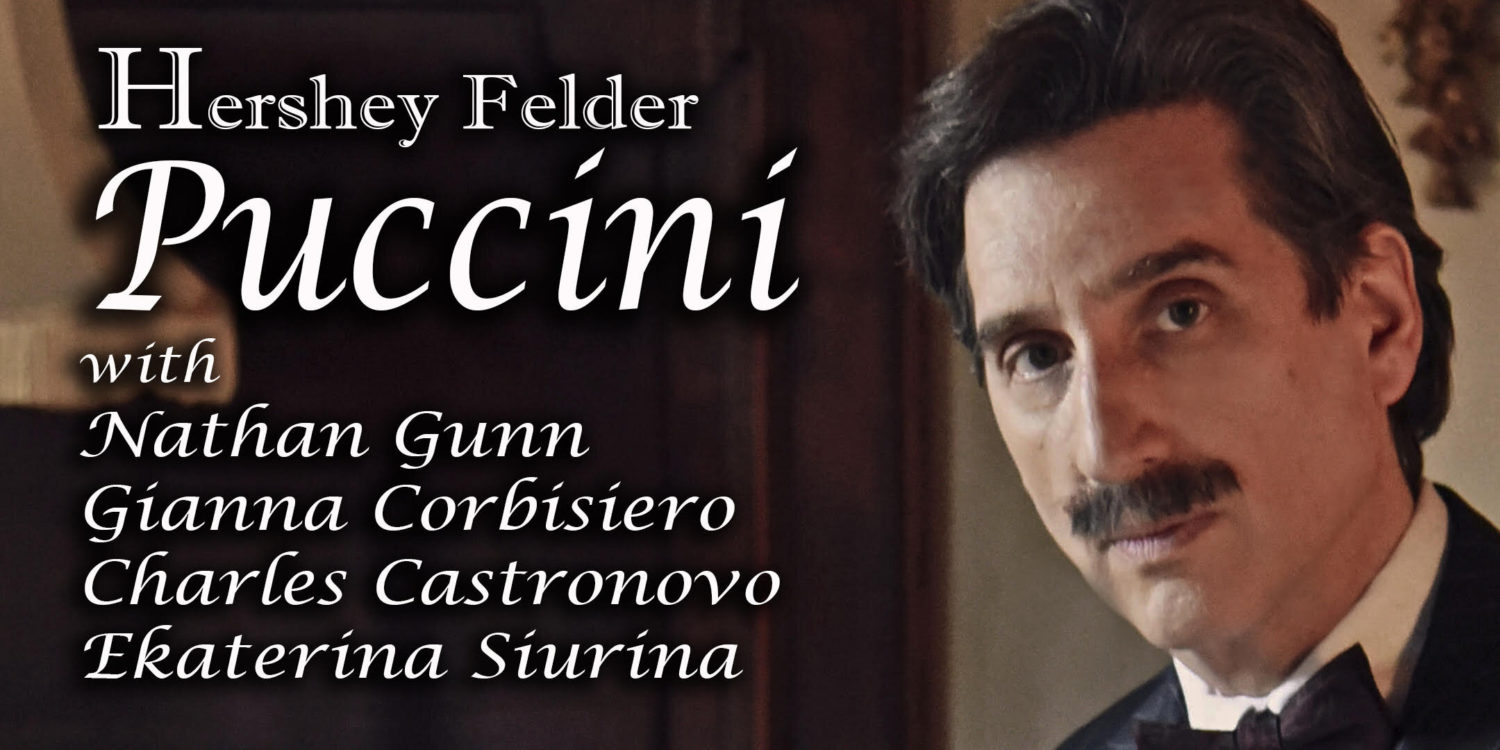 Hershey Felder, renowned pianist, actor and playwright known for his portrayals of classical composers, is back with a Live performance from Florence, Italy of his latest show, “PUCCINI”. Directed for the screen by Stefano de Carli, PUCCINI is the story of a young musician in love with the world of opera, and in particular Giacomo Puccini’s La bohème, Tosca, and Madama Butterfly. When, through a series of unusual circumstances, the young musician meets the musical master himself, secrets are revealed that send the young musician soaring. With special guests, baritone Nathan Gunn, soprano Gianna Corbisiero, tenor Charles Castronovo, and soprano Ekaterin Siurina, PUCCINI features music that is beloved and known throughout the world, from “Nessun Dorma,” to “O Mio Babbino Caro” and more. The production was filmed on location in Lucca, Pisa, and Florence, Italy, in the very locations where events took place, including the home of Puccini’s birth. This new work promises to bring you the story and music of one of the world’s most beloved composers. Live stream premiere is on Sunday, March 14, 2021 at 5:00pm PDT. Purchase includes a full week of on demand viewing access through Sunday, March 21. TheWallis.org/Puccini. $55 per household.