South Pasadena High is looking for its first Rio Hondo League victory after falling 6-2 to rival San Marino and 2-1 to La Cañada to open the season.

Overall, the Tigers are 3-6 on the season and are scheduled to face Monrovia at home on Thursday, March 29, beginning at 3:30 p.m.

Chris Cortinez returns as the Tigers’ coach this season

The Tigers’ softball team is in search of its first victory of the season with an 0-9 record, including an 0-2 mark in Rio Hondo League action.

South Pasadena will face Monrovia at home on Thursday, March 29, before going into spring break. The Tigers will take on the same Wildcats team on April 10 in a road game following the break.

The Tigers are under the guidance of coach Kayla Moore.

Many of his athletes competed in the Pasadena Games at South Pasadena High last Friday.

The Tigers are gearing up to host Monrovia in Rio Hondo League action on Thursday beginning at 3:30 p.m. Richards will send about 10 athletes to the Bay Area this weekend to compete in the Stanford Invitational.

The busy season continues on April 6 when hundreds of athletes will descend on South Pasadena High to take part in the Tiger Invitational, which brings in top national and international talent.

Richards said he hopes to send some South Pasadena High athletes to Pennsylvania on April 26-28 to compete in the Penn Relays, now in its 124th year.

The Tigers are 12-6 overall and looking to rebound after a 3-2 loss to Temple City in their Rio Hondo League opener.

South Pasadena was scheduled to take on El Rancho on March 27 in a road match before traveling to Gabrielino on March 29.

Karlos Huschke-Favela has the Tigers off to a 4-2 overall start, including an 0-1 mark in Rio Hondo League play.

The Tigers opened the Rio Hondo League season with a 15-5 loss to La Cañada.

South Pasadena is scheduled to face Monrovia at home on Thursday. Following the match against Monrovia, the Tigers will take spring break and return to action on April 9 at San Marino.

South Pasadena High’s boys’ golf team is coming off a 207-216 loss to Temple City at Almansor Golf Course in Alhambra.

Top finishers for the Tigers were Joshua Ramos, who shot a 34 over nine holes. Justin Toshima was next with a 38, followed by Daniel Sim with a 45, Jason Gomez a 49 and Giuliano Fusco, who came in with a 52.

South Pasadena returns to action in a match at Mark Keppel High on Monday, April 9.

South Pasadena High suffered losses to Arcadia High in boys and girls’ competitions. The boys’ team fell to the Apaches 70-94 and the girls lost 46-112.

The Tigers’ boys and girls’ teams are 1-1 on the season.

Letter to the Editor | Pitfalls of SB-381 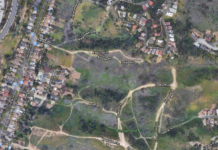 Op-Ed | Thanks for a Job Well Done 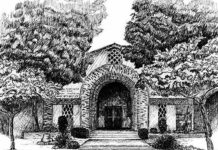 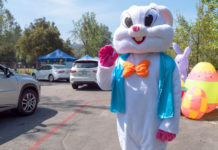 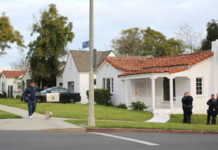