Hilary Thomas’ labor of love, “A New Day – Honoring 40 years of HIV/AIDS – A Love Letter To Those We Lost”, had its world premiere Sunday at Lineage Performing Arts Center in Pasadena. A multi-medium show that brings together dance, storytelling, video, song and music to tell a story that, most likely, many people born after the 90’s have very little knowledge of. Thomas had an up close and personal experience with the epidemic through her father who was an ER doctor at the time and she spent three summers in Malawi with him where she learned about the ravages of the disease in Africa. “A New Day” is meant to honor those who died by illuminating some of their stories through theatre and dance. The result is breathtaking and inspiring.

Throughout the show, there are snippets of news items, timelines and press conferences, some of which elicit audible gasps from the audience. Some of it is indeed shocking; inspiring because one realizes just how far we’ve come. Younger folks most likely have no idea that the Reagan administration never even uttered the word “gay”, let alone acknowledged that there was a serious, new, infectious disease. There is no doubt that their inaction and indifference led to thousands of lost lives and lost time in finding the treatments that are now available.

Everything in the show is based on real people and real experiences with much of the dialogue taken from interviews or written letters and notes. The actors and dancers do a phenomenal job interpreting their stories, bringing them to vivid life for the audience. The choreography is exquisite, allowing the dance to be an extension of the words, often expressing the emotion even more profoundly. There is a particularly moving duet danced by Aidan Rawlinson and Austen Roy to Arov Part’s Spiegel im Spiegel played with ethereal delicacy by Alan Geier on piano and Barbara Mullens-Geier on flute.

Rawlinson also plays Broadway dancer Dan McCoy, who played Munkustrap in the musical CATS in the national tour and on Broadway before having to leave the show when he got AIDS. We see him applying his theatrical makeup as he takes us through his pre-show routine while his best friend (sensitively played by Michelle Kolb) talks about meeting him and the effect he had on her life. It’s a poignant reminder of the thousands of artists we lost during those years. Soloist Jana Nakoa sings a devastating rendition of “Memory” with Rawlinson joining her for the final, show-stopping refrain. Not a dry in the house. 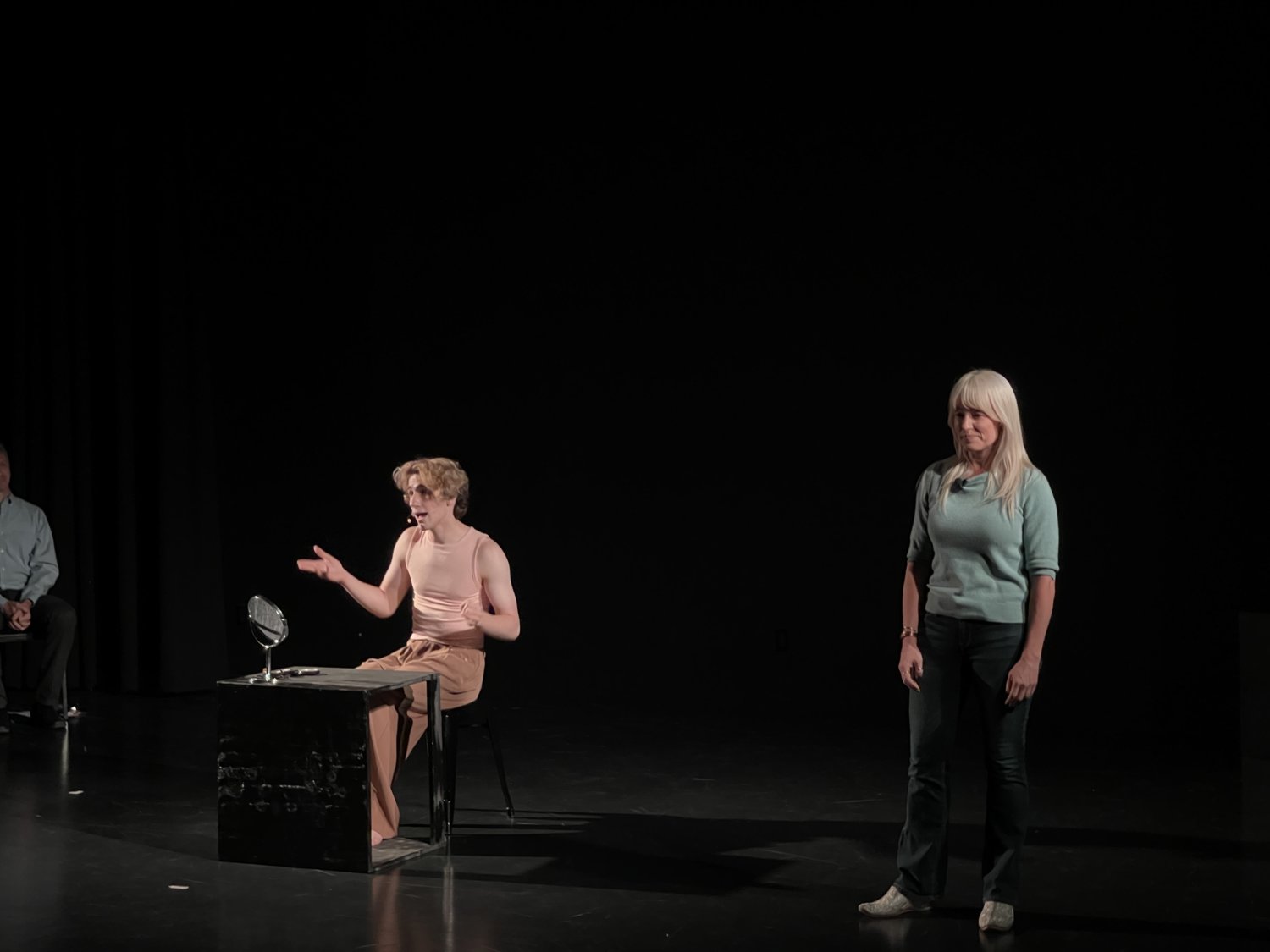 We meet Thomas’ father (played by Lineage favorite Paul Siemens) who recounts what it was like in the ER in those early, frightening days. It is eerily familiar to our current situation, although we are reminded by AIDS activist Ric Parish of just how much the world was not activated in the way we are with COVID because it was seen as the “gay plague”. Lineage pianist, Alan Geier, introduces the segment about his brother, Ralph, who died of AIDS and we hear personal experiences from actor and AIDS activist Michael Kearns, Leilani Jones Wilmore – who speaks about the loss in the Broadway community, and doctors who continue to work on the front lines here and in Africa.

The entire cast is stellar and goes all in to shine a light on these very personal stories that represent millions lost. Even those of us who lived through those days will walk away with new knowledge as this piece reminds us of things we may have forgotten or perhaps never seen. It is certainly worth our attention and worthy of this piece that seeks to elucidate and honor these heroes.

There is one more performance of “A New Day” on Tuesday August 2nd at 7pm ( I do hope they mount it again or extend it). Tickets are available at LineagePac.org. Lineage Performing Arts Center is located at 920 E. Mountain Street in Pasadena. Free parking in the CVS lot.

A portion of the proceeds from ticket sales for A New Day will be donated to the Phil Simon Clinic in Pasadena, a multidisciplinary facility providing comprehensive medical and psychosocial care for persons infected with HIV.

COVID Disclaimer: proof of full vaccination required at the door. Masks required at all times inside the theater. Vaccination exemptions for medical reasons or sincerely held religious beliefs require a negative PCR test no more than 72 hours old, administered by a medical professional–no at-home tests will be accepted.

Age appropriateness: due to sensitive topics and mild language, this performance is recommended for 13+.