Pasadena Playhouse, the State Theater of California, in association with East West Players, presents the Los Angeles premiere of Lauren Yee’s The Great Leap, directed by Tony Award winner BD Wong. From the author of Cambodian Rock Band and King of the Yees, comes the story of an American basketball team in Beijing where the coaches find themselves in a conflict that runs deeper than the strain between the countries, and where a young player’s actions become the accidental focus of attention.

BD Wong, who starred in the New York off-Broadway Atlantic Theatre and San Francisco American Conservatory Theatre productions of this play, now directs.  He is most known to audiences from his roles in the Jurassic Park films and on NBC’s Law & Order: Special Victims Unit, and most recently, on USA Network’s Mr. Robot (Emmy and Critic’s Choice nominations).  Wong is the only actor ever to have received all five major New York Theater awards for a single role – in M. Butterfly — his Broadway debut: the Drama Desk Award, the Outer Critics Circle Award, the Theater World Award, the Clarence Derwent Award, and the Tony Award.

Lauren Yee is already known to area theatregoers from the Center Theatre Group production of King of the Yees, and Cambodian Rock Band at South Coast Rep.

around pieces of real history — her own and that of China in the years after the Cultural Revolution, leading up to the protests in Tiananmen Square that turned deadly.”

Director BD Wong says, “As an Asian American director I am always looking for a brand of representation that transcends our difficult history in the media. This play is important as it presents Asian American characters in a contemporary American play that are not trading on racial tropes of past plays and are written in an authentically three-dimensional way.

The collaboration between East West Players and Pasadena Playhouse is also vitally important to me, and on a personal level there is a deep coincidence for me of these two theatres coming together. I came to L.A. in 1984 and in 1986 was in the East West Players production of A Chorus Line.  I then auditioned for Mail at Pasadena Playhouse and was hired to do this wildly popular musical, which transferred to Broadway. While I was in Mail, I auditioned for M. Butterfly, and was replaced in Mail by Alan Maroka, who had been in A Chorus Line with me at East West Players.  So, it means so much for me to come full circle and be working with these two theatres again for two generations of audiences who are still so invested as we move forward.”

Pasadena Playhouse Producing Artistic Director Danny Feldman says, “I am absolutely thrilled over the outstanding cast and incredible creative team we have assembled for the Los Angeles premiere of The Great Leap. Lauren Yee is one of our most important new playwrights, and it is an honor to have Tony winner BD Wong, who starred in The Great Leap off-Broadway, direct our production. I am also grateful to be presenting The Great Leap in partnership with East West Players, which is vital to our mission at the Playhouse.”

East West Players Producing Artistic Director Snehal Desai says “Our 54th season at East West Players is one of laughter and change, often in the face of loss.  We started with the question: To whom do we the look to in these troubling times? And our response is a season where we discover that we are the ones we are waiting for. With The Great Leap we are able to illustrate this -both through this incredible play and company led by BD as well as this historic partnership with Pasadena Playhouse.” 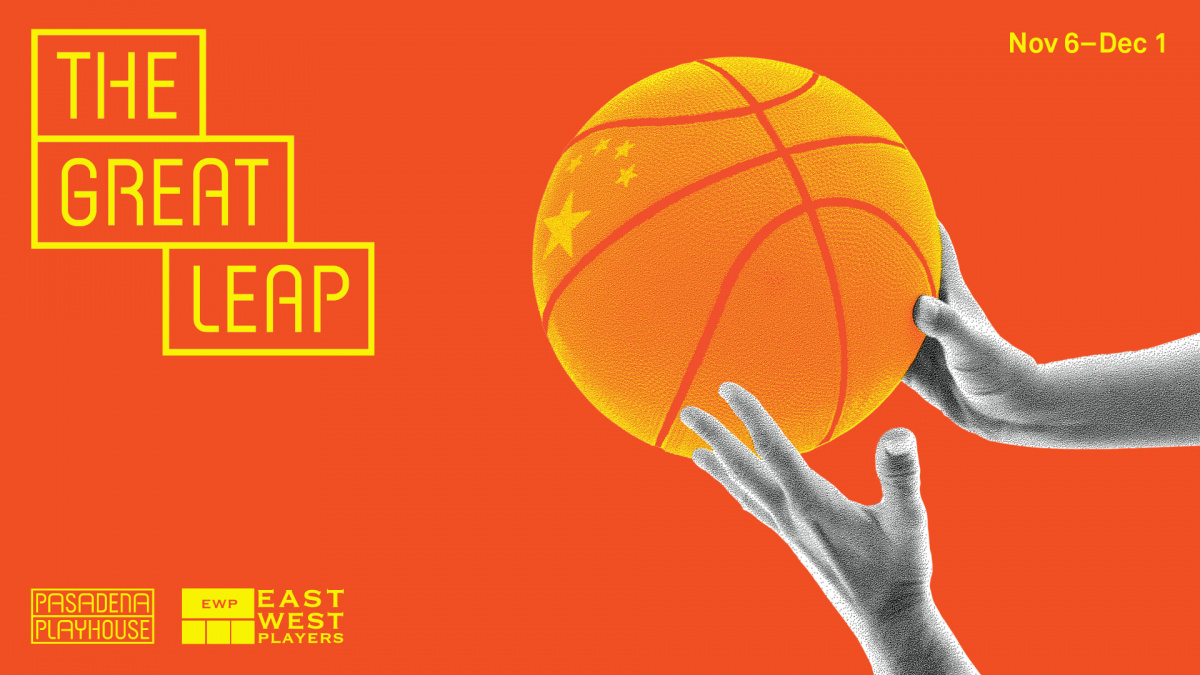 ABOUT THE PASADENA PLAYHOUSE

The Pasadena Playhouse is a place where people have gathered for 100 years to experience bold and important theater.  It is one of the most prolific theaters in American history with a legacy of profound theatrical impact and courageous new work. In 1937, the Playhouse was officially recognized as the State Theater of California for its contribution and commitment to the dramatic arts. Today it continues that tradition of excellence under the helm of producing artistic director Danny Feldman. Dedicated to enriching lives through theater, community programs and learning initiatives, Pasadena Playhouse is a living force in the community.

Established in 1965, East West Players is the nation’s leading Asian American theatre company for our award-winning productions that blend Eastern and Western movements and culture. In over 50 years of history, East West Players has since premiered more than 228 plays and musicals, along with over 1,000 diverse readings and workshops for actors, writers, and directors. By building bridges between East and West, we have cultivated a loyal audience of over 70% people of color. Our company continues to build platforms for artists of color while advocating for multi-faceted representations of the Asian Pacific American experience in the performing arts.