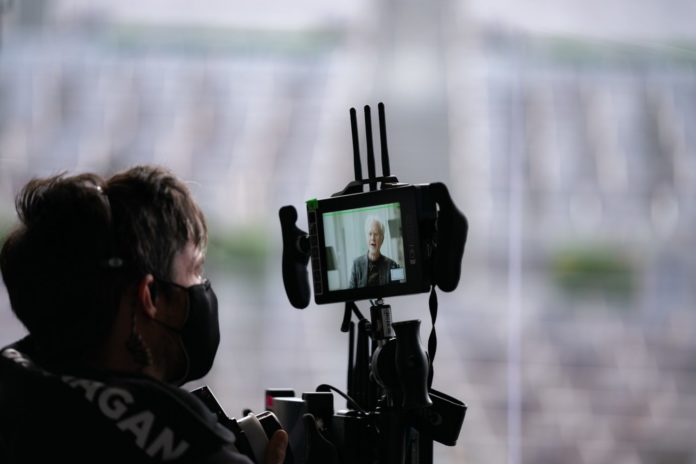 LA Phil Music & Artistic Director Gustavo Dudamel said, “It has been a joy to watch Sound/Stage grow and blossom and to share it with audiences here in Los Angeles and around the world. In this second season, we explore everything from the connections between music and food to the early history of the Hollywood Bowl, and I get to share the stage with dear friends like José Andrés and John Adams. And I cannot describe how proud I am to welcome my son, Martín, for his LA Phil debut! Until we can all make music together again, we hope that, by sharing these moments of beauty and happiness, we can be together in spirit.”

Chief Executive Officer and David C. Bohnett Chief Executive Officer Chair Chad Smith said, “In its first season Sound/Stage began as a response to the global pandemic and the turbulence of our sociopolitical moment. We needed to find a way to continue connecting with audiences and offer a space to reflect on our collective experiences through music. Thanks to the support of our generous donors and the adventurous spirit of our orchestra, we were able to do that through Sound/Stage and other media initiatives. Now as we enter season two, we are continuing to explore the medium and bring Gustavo’s ideas about music and the world to the fore. Sound/Stage opens up new pathways for connection and communication that we will continue to build on long after the pandemic ends.” 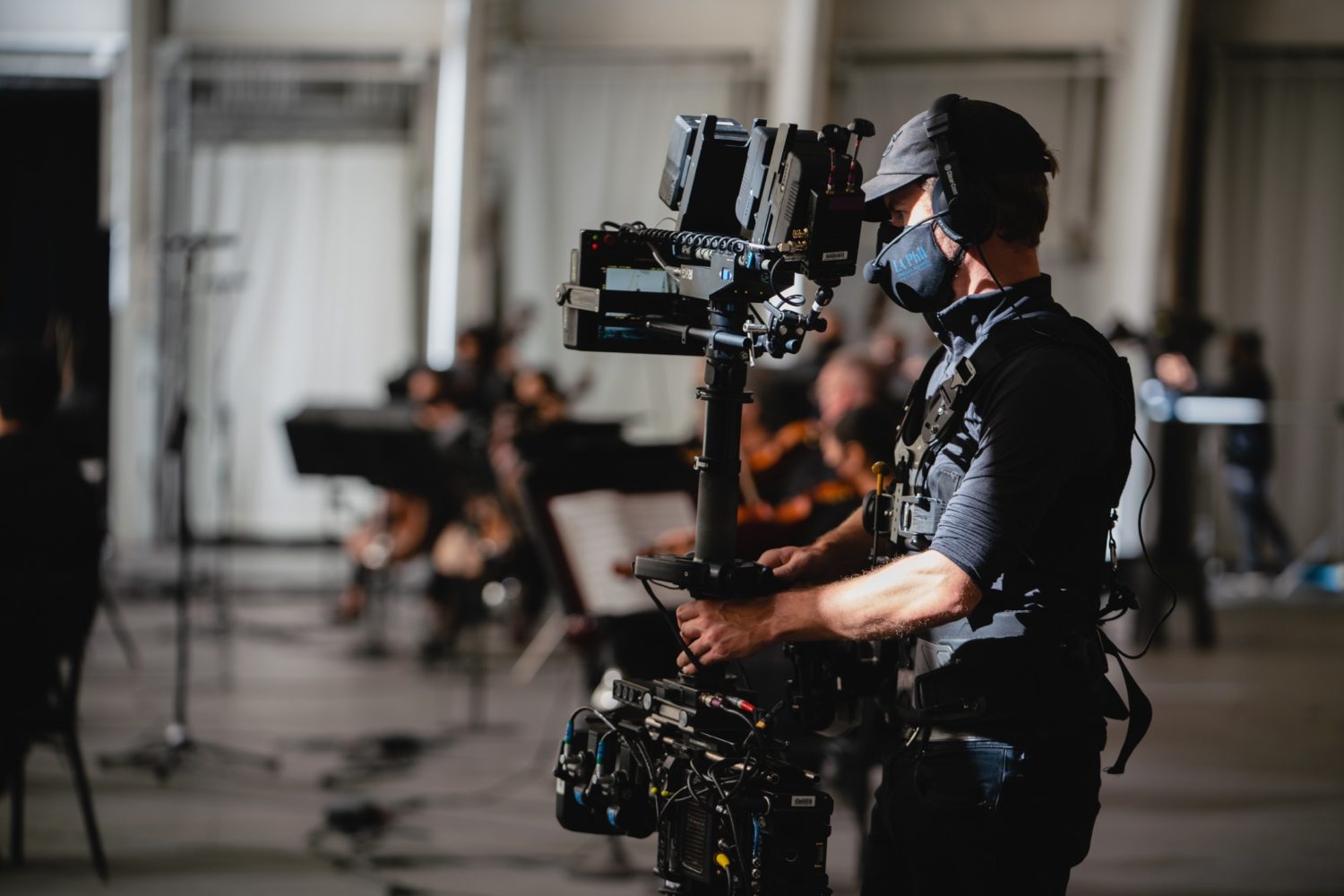 The series launches with The Carnival of the Animals, in which Dudamel is joined by his nine-year-old son Martín as co-host. Together they discuss some of the earliest forms of storytelling and how animal stories can teach us about the natural world and ourselves. The performance by pianists Yuja Wang and David Fung of Camille Saint-Saëns’ The Carnival of the Animals is accompanied by four folktales from different parts of the world brought to life by India’s Ghost Animation and narrated by Martín and young musicians associated with El Sistema programs around the world.

In the second episode, A Pan-American Musical Feast explores the connection between great music and great food. Interwoven between music by composers from across the Americas—Tania León, Paul Desenne and Aaron Copland—is a conversation between Dudamel and his friend José Andrés, the Spanish chef and founder of World Central Kitchen, in which they discuss how various cultural expressions meet in their respective crafts and form the basis of their humanitarian work.

To accompany The Carnival of the Animals and A Pan-American Musical Feast, the LA Phil is releasing an online Symphonies for Schools experience. This flexible, immersive program is available to schools, teachers and youth from around the world at no cost and includes curricula and activities to guide youth along the Sound/Stage performances. The experience also includes a Hollywood Bowl Virtual Field Trip. Registration opens February 23, and educators who register will also receive a special professional development video resource.

The series continues with the Easter Sunrise at the Hollywood Bowl episode, in which Dudamel takes a look at the LA Phil’s very first concert at the Hollywood Bowl 100 years ago, as well as the venue’s connection with The Ford. Accompanied by archival images, the program explores the long-standing tradition of both venues’ openness to a wide and diverse range of artists, with Mozart’s celebratory Exsultate, jubilate performed by soprano Nadine Sierra, and gospel duo Mary Mary singing a hymn performed at that first Bowl concert 100 years ago, “All Hail the Power of Jesus’ Name,” in a special arrangement by composer Carlos Simon.

The next episode, titled Grand Pianola Music and based on composer and LA Phil Creative Chair John Adams’ 1981 work, shifts to more recent history. In it, Dudamel interviews Adams about the piece and the dream that inspired it. Photographer and video artist Deborah O’Grady provides visual accompaniment to the performance, which features sopranos Holly Sedillos and Elissa Johnston and mezzo-soprano Kristen Toedtman.

Episode five of Sound/Stage, Unfinished, focuses on Schubert’s Eighth Symphony. In his introduction, Dudamel discusses famous works of art that were never finished and the pleasure of the mysteries their creators left behind.

Prior to the final two episodes, audiences will take a virtual visit to The Ford and Walt Disney Concert Hall, where five chamber performances featuring LA Phil musicians were filmed. The Walt Disney Concert Hall performance of the Mendelssohn work was the first at the venue since March of 2020. These performances, available weekly between May 7 and June 4, feature excerpts from Tchaikovsky’s String Sextet in D minor, Op. 70, “Souvenir de Florence,” Piazzolla’s Tango Ballet for String Quartet, Fanny Mendelssohn’s String Quartet in E-flat major, Clara Schumann’s Piano Trio in G minor, and Arturo Márquez’ Homenaje a Gismonti.

Returning to the Bowl stage, the sixth episode of the Sound/Stage series features Common with Dudamel and the LA Phil. The artist, who recently appeared in the LA Phil’s Icons on Inspiration online event, joins Dudamel for a conversation filmed at the Bowl about the program and their mutual musical interests.

To complete the series, close Dudamel friend Carlos Vives, who also recently appeared in Icons on Inspiration, returns to the Bowl to perform a special acoustic set with the orchestra. Their conversation about the program is also included in the episode.

The second season of Sound/Stage is supported in part by the National Endowment for the Arts.

Sound/Stage is available online at laphil.com/soundstage.

Featuring Dudamel in conversation with his son Martín (co-host) and narration from El Sistema students from around the world – Arão (12), The Recanto Youth Orchestra in Santa Maria, Brazil; Afra (14), YOLA at EXPO Center; Maya (8), The Sydney Russell School in London, England; animation by Ghost Animation

Support for this episode is provided by Barbara and Jay Rasulo.

SAINT-SAËNS The Carnival of the Animals

A Symphony for Schools program

A Symphony for Schools program

Featuring Dudamel exploring the history of the first Easter Sunrise service at the Hollywood Bowl, accompanied by archival photographs; playlist from the Los Angeles Philharmonic Archives and Hollywood Bowl Museum

Support for this episode is provided by Molly Munger and Stephen R. English.

Featuring Dudamel in conversation with Common