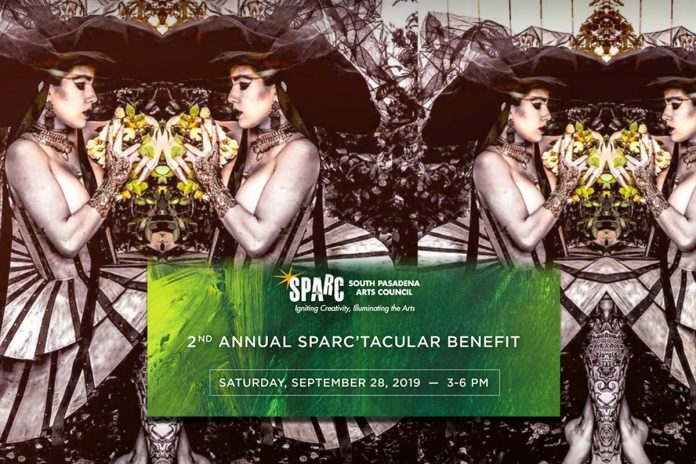 Mark your calendars for the 2nd Annual SPARC’tacular Awards Benefit bash, “FASHION+ART+ARCHITECTURE,” celebrating the South Pasadena Arts Council’s 10-year anniversary at one of South Pasadena’s most unusual landmark homes on Saturday, September 28, from 3 to 6 p.m.

Hosted by homeowners Jamie and Anne-Elizabeth Sobieski, this year’s SPARC’tacular promises to be bigger than ever, featuring art projections inspired by the work of photographer/author Lorraine Triolo, (People Who Look Like Art,), and fashion installations curated by noted fashion designer Candice Cuoco (Project Runway, Project Runway All-Stars), who has shown her collections in New York, London, Paris, and LA Fashion Weeks.

The event will include an artistic grazing table (a feast for the eyes as well as the palate) drink, a live auction and raffle, music by the String Along violin trio, and a special presentation of the SPARC’tacular Awards, designed by metal sculptor Robert Burgert (Kiser Originals), to individuals who embody SPARC’s stated mission to “Ignite Creativity & Illuminate the Arts.”

Margo Newman, winner of a 2019 Emmy Award-winner for her producing work on the documentary film, “Finding Home, a Foster Youth Story.” Margo, who, in tandem with SPARC founder Lissa Reynolds, was the organization’s first co-director, has written and produced series for The Discovery Channel, Planet Green, and PBS and has served as producer for such organizations as Walt Disney Imagineering and the ground-breaking think tank, Applied Minds. Margo’s additional producing credits include feature films, documentaries—and a live interview with astronauts in space.

Bill Glazier, the South Pasadena Review’s primary news reporter, editor-in-chief—and often its photographer and page designer, too—for more than two decades. (For many in South Pasadena, during Bill’s tenure there, he WAS the paper.) Bill, who came to the city in 1995 with a background in journalism, public relations (for the Oakland Raiders), and politics, continues to contribute his talents and expertise to the South Pasadenan, joining the staff shortly after its arrival on the scene in May 2017. The online website has gained prominence as a major news and lifestyle site in the community.

Musician and professional audio engineer Christian L. Schrader, multiple Emmy Award nominee and winner of the 2018 Emmy for the live TV musical production of “Jesus Christ Superstar” in the category of Outstanding Sound Mixing for a Variety Series or Special.

Student Honors for Achievement in the Arts

Founded as a grassroots organization in 2009 by Fremont Centre Theatre Artistic Director Lissa Reynolds, SPARC became an official non-profit in 2016. SPARC has raised the profile of the arts in South Pasadena by initiating an array of programs and public art projects. These include the creation and upkeep of the Art Utility boxes, designed and painted by professional artists and viewable throughout the city, diverse art exhibitions and meet-the-artist events at the SPARC Chamber Gallery and the galleries at City Hall, Halloween festival crafts for children, performances and arts events at the city’s Art Crawls and Eclectic Music Festivals, as well as interactive public art, art pop-ups, arts programming with the South Pasadena Public Library, a school mural project, and student talent shows at the Fremont Centre Theatre.

WHERE: A private home in South Pasadena; address to be given with ticket purchase. 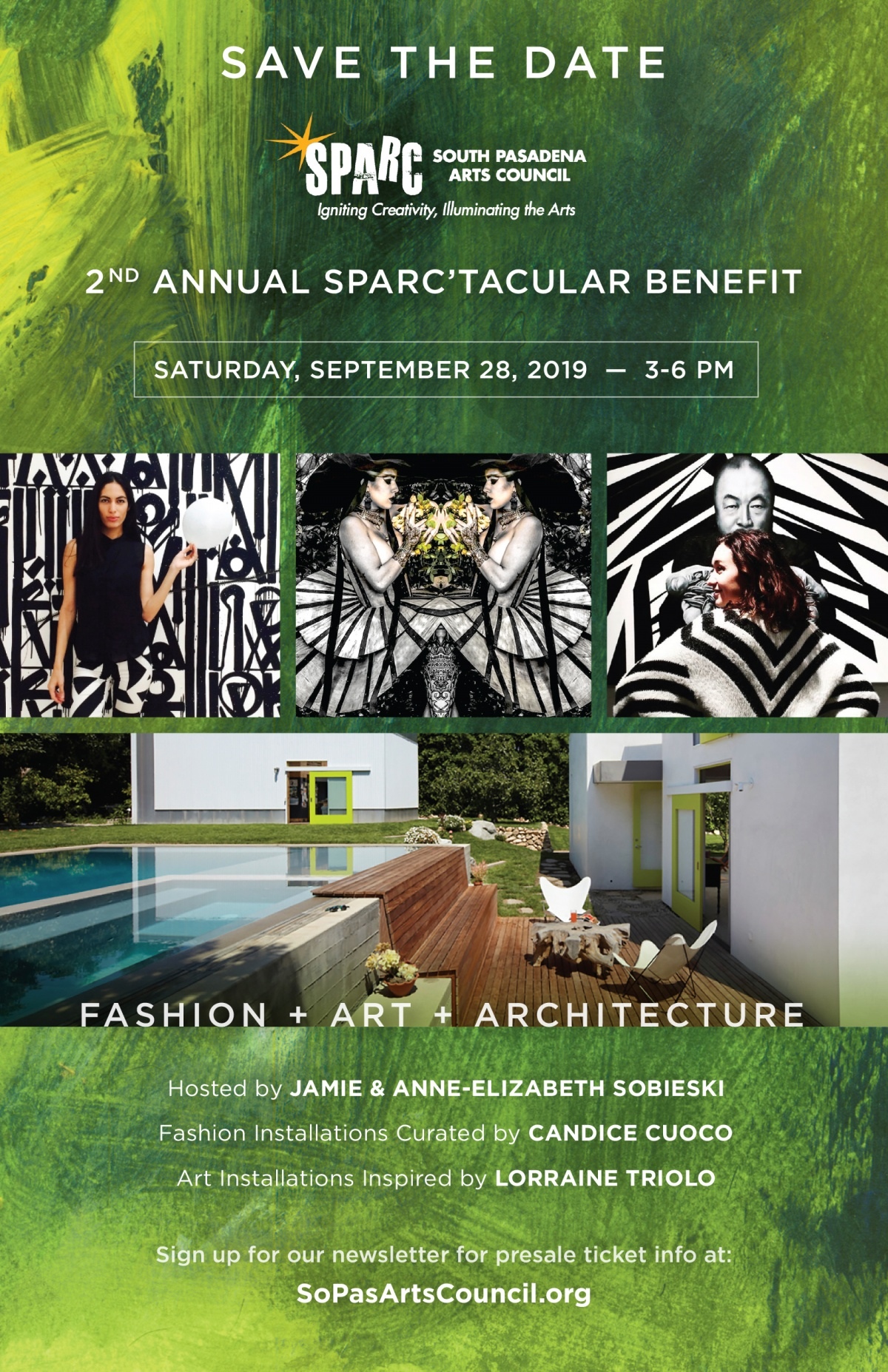