In 1898, hundreds of bicycles paraded down Colorado Boulevard in a show of force to impress city officials and planners that road improvements and more places to ride were urgently needed. 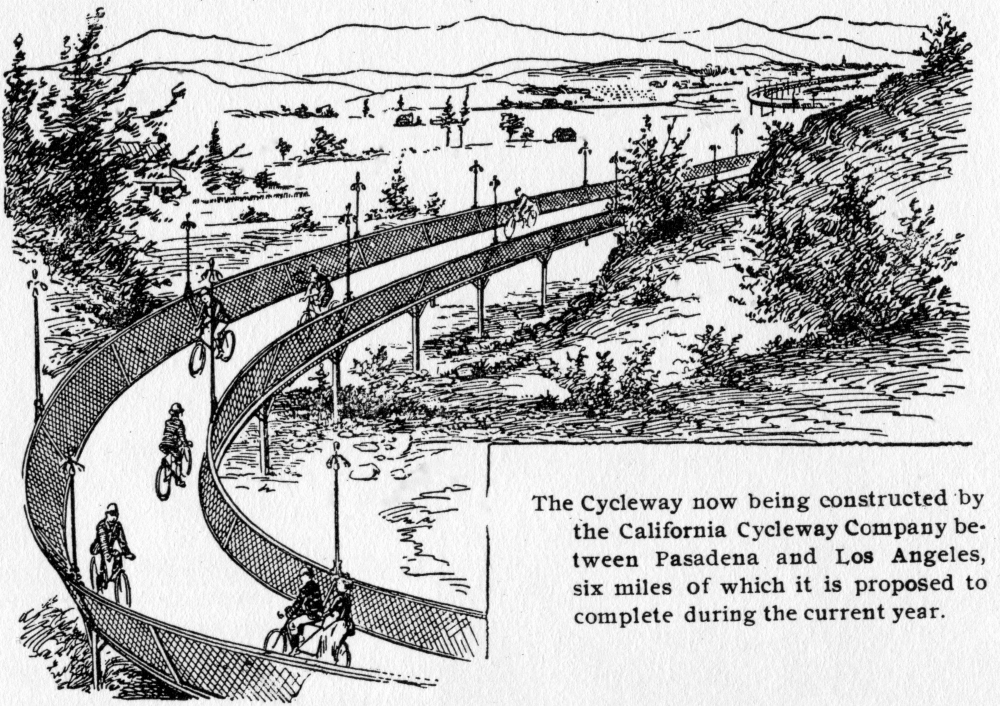 Horace M. Dobbins was listening to the crazed bicycle public. In 1899, he began construction of an elevated cycleway from the Green Hotel running parallel to Fair Oaks Avenue heading toward Raymond Hill in South Pasadena.

Note: When Dobbins started the California Cycleway Company in 1897, his goal was to build the region’s first road from Pasadena to Los Angeles using the Arroyo Seco as the primary route.

Stay tuned for more on Pasadena’s bicycle past

Throwback Thursday is written and produced by Rick Thomas