The Broad Stage and esteemed LA-based publisher Red Hen Press return with season two of the Red Hen Press Poetry Hour, moderated by award-winning actor/writer Sandra Tsing Loh. This new series of episodes brings together performing artists and poets to explore social justice themes central to works featured in The Broad Stage’s 2020/21 Season and is a part of monthly programming via the online portal The Broad Stage at Home broadcasting through December. On Thursday July 16 at 6 pm PT, a program entitled Finding Truths and Creating Art in Exile features Award-winning playwrights Iranian-American Sholeh Wolpé and Iranian Nassim Soleimanpour. Soleimanpour’s most recent play Nassim will be performed in The Broad Stage 2020/21 season in April 2021. They are joined by acclaimed guests, award-winning poet and playwright Nathalie Handal, award-winning Armenian poet Lory Bedikian, and more, for readings and conversations on bridging the gap between perceptions and reality of cultural norms.

The artists will explore the lives they live—and the lives that people in the West imagine for them. Lory Bedikian’s The Book of Lamenting won the 2010 Philip Levine Prize in Poetry. Her poems have been published in the Connecticut Review, Portland Review, Poetry International, Poet Lore and Heliotrope among other journals and have been included in Blue Arc West: An Anthology of California Poets. Poets & Writers chose her work as a finalist for the 2010 California Writers Exchange Award.

Nathalie Handal is the editor of the groundbreaking classic The Poetry of Arab Women: A Contemporary Anthology, winner of the PEN Oakland Josephine Miles Book Award, and named one of the top 10 Feminist Books by The Guardian; and co-editor of the W.W. Norton landmark anthology Language for a New Century: Contemporary Poetry from the Middle East, Asia & Beyond, both Academy of American Poets bestsellers.

An independent multidisciplinary theatre maker from Tehran, Iran, Nassim Soleimanpour’s plays have been translated into 20 languages. Best known for White Rabbit Red Rabbit, written to travel the world when he couldn’t, his work has been awarded the Dublin Fringe Festival Best New Performance, Summerworks Outstanding New Performance Text Award and The Arches Brick Award (Edinburgh Fringe) as well as picking up nominations for a Total Theatre and Brighton Fringe Pick of Edinburgh Award.

Poet, writer and literary translator, Sholeh Wolpé’s performances, solo or in collaboration with musicians and artists, have been hailed by audiences as mesmerizing. She is the recipient of a 2014 PEN Heim, 2013 Midwest Book Award and 2010 Lois Roth Persian Translation prize, as well as artist fellowship and residencies in the U.S., Mexico, Spain, Australia and Switzerland. Her plays have been finalists and semifinalists at Bay Area Playwrights Festival, Eugene O’Neill National Playwrights Conference, Centenary Stage Women Playwrights, and Ashland New Plays Festival.

At livestream time, the broadcast is found on The Broad Stage website at thebroadstage.org/athome and on Facebook at facebook.com/thebroadstage. Each program is archived following the live stream for on-demand viewing. 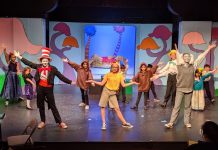 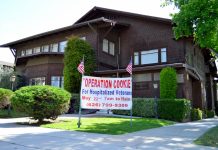 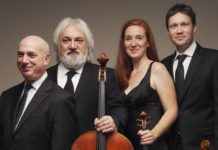 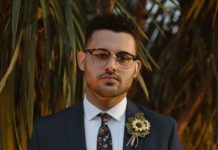 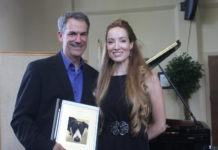