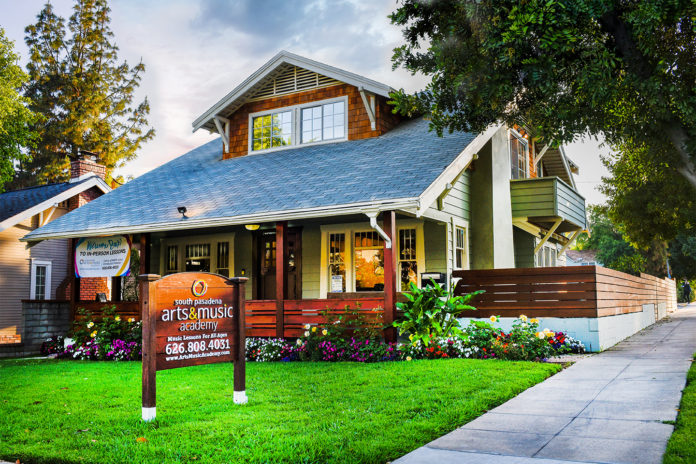 South Pasadena Arts and Music Academy have added two instructors to the roster. Let’s meet them!

Miko is a musician and board certified music therapist who was born and raised in Southern California. She teaches voice, violin, and piano. Miko found her love for music when her mother placed her in front of the TV at the age of three to watch the Three Tenors and a symphony orchestra perform together. She has performed in many types of ensembles, such as a cappella, symphony orchestras, jazz, indie/rock bands, and musical theater groups.

Music has given Miko opportunities to perform across the U.S. and in Japan. She has been recognized with DownBeat Music awards for her performances as a solo vocalist and with Pacific Standard Time (CSU Long Beach). Miko is grateful that many of her lifelong friendships have been born through music, and hopes to share this gift of music and friendship with her students. Miko teaches at South Pasadena on Saturdays and will be adding Mondays in February.

After graduation, she has played with a variety of groups that toured all over the Midwest, including Downtown Sound as their bassist/vocalist, Heavy is the Head as a vocalist and the JV/CL Duo as the vocalist. Since the summer of 2018, Jessica completely focused her performance energy on her original project. She has released three studio projects under her name (“For A Night” in 2019, “Moving Too Fast” in 2020, and “Delicious” in 2021) on which she wrote, sang, produced, arranged and played piano. She continues to tour with different variations of her band and is always working on new music. As a teacher, Jessica meets students where they are and loves helping them achieve their goals with theory and technique in a fun, comfortable way. Jessica teaches Thursdays and Fridays at South Pasadena Arts & Music Academy.

South Pasadena Arts and Music Academy is proud to be a supporter of the South Pasadena Education Foundation and renew their sponsorship as part of the newly founded Principal’s Circle.