At about 1:40pm Saturday a female pedestrian was struck by the Metro Gold Line train in South Pasadena at the Arroyo Verde Rd & Sycamore Ave crossing – just behind the Ostrich Farm Lofts building.  The Metro Train was traveling Westbound. 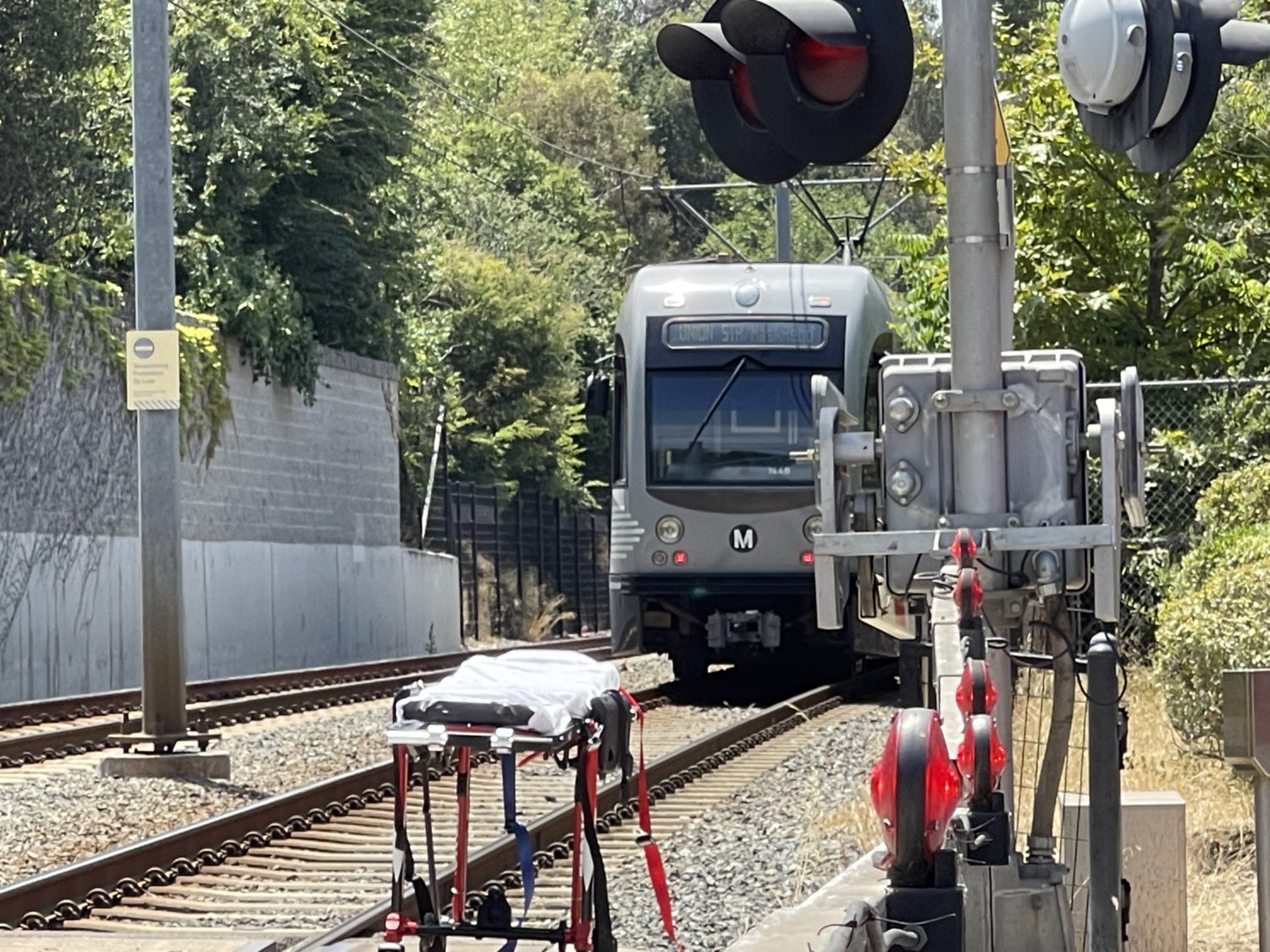 South Pasadena paramedics loaded the injured female into the ambulance to be transported to emergency.

If you witnessed this incident and have information, please contact the South Pasadena Police Department non-emergency number: (626) 403-7270.