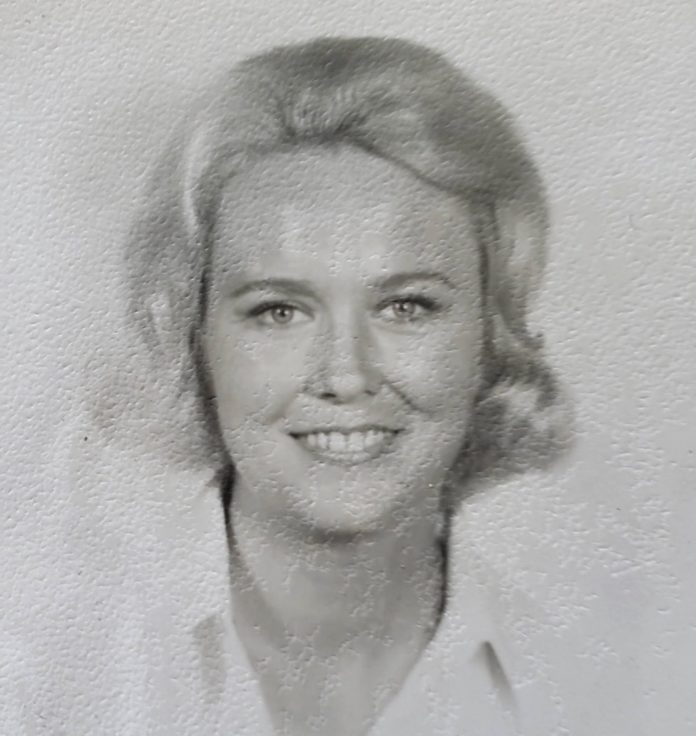 Suana Carol Shea was born in October of 1937 in Tulsa, Oklahoma to Dr. Louis Michael and Margaret Carroll Shea.  Her older brother Michael Louis Shea preceded her by 4½ years.

Suana led an eventful childhood and adolescence graduating from Tulsa Central High School class of 1955 and maturing into a beautiful young woman by the time she entered the University of Tulsa in the fall of 1955.

Suana pledged and became a member of the Kappa Kappa Gamma sorority, making lifelong friends in the process.  Suana cut short her college career to become a stewardess with United Airlines and was assigned to Los Angeles International Airport in the spring of 1959.  This was the dawn of the jet age and Suana had many great adventures during her 3 years with United.

Suana met David Skogstrom in the fall of 1961 and after a whirlwind romance, they became husband and wife on May 5, 1962 in Brentwood.  They relocated from the westside of Los Angeles to Pasadena where they welcomed their first son, David (Ted) in the fall of 1963.  Two more sons, Timothy Shea and J(ames)B(radford) followed.

Suana was very active in the community during her marriage years, including service with the Pasadena Art Museum, the Junior Chamber of Commerce and the Kappa Alumni Association. Always the adventurer, she entertained her boys by day tripping all over the Southern California landscape in search of fun things to do, running several station wagons into the ground in the process.

With the end of her marriage in 1972, Suana joined the workforce, juggling single parenthood and the demands of the workplace the best she could.  It was a difficult time for her and by the end of 1975, and after several false starts, Suana achieved sobriety with the help of Alcoholics Anonymous.  Over time, her involvement in AA became a cornerstone of her new sober life and she was able to pay forward the gifts that she received by assisting many others in their quest to achieve and maintain sobriety.

After a 21 year career in public relations with the Atlantic Richfield Company (ARCO), Suana retired in 1998 and enjoyed traveling, including several trips to Europe, and spending time with family and friends.  In 2010, she also became a late in life grandmother to Aiden James Skogstrom and to his sister Payton and was thrilled with watching them grow and develop into the great kids they are.

Despite several health setbacks in her later years, Suana persevered with a positive attitude and a perennially sunny disposition; yellow was her favorite color and it apparently ran true.  Suana will be remembered fondly for her irreverent sense of humor, laughter, kindness & caring, loyalty and wisdom.  She will be missed by all whom she touched.

God bless you Mom, we love and will miss you.